Willie Nelson is an American singer, songwriter, musician, actor, author, poet, and activist. He is one of the most recognized voices in Country Music scene. His albums Shotgun Willie (1973), Red Headed Stranger (1975), and Stardust (1978) earned him critical success. He is also one of the main figures a subgenre of country music called Outlaw Country – a 1960s movement in response to the conservative limitations of the Nashville sound. In addition to musical success, Nelson also found moderate success on acting and writing. He has co-written different books and has been involved in activism for the legalization of marijuana and use of biofuels.

If you are a fan of Willie Nelson and his works, you will certainly find his quotes inspiring. 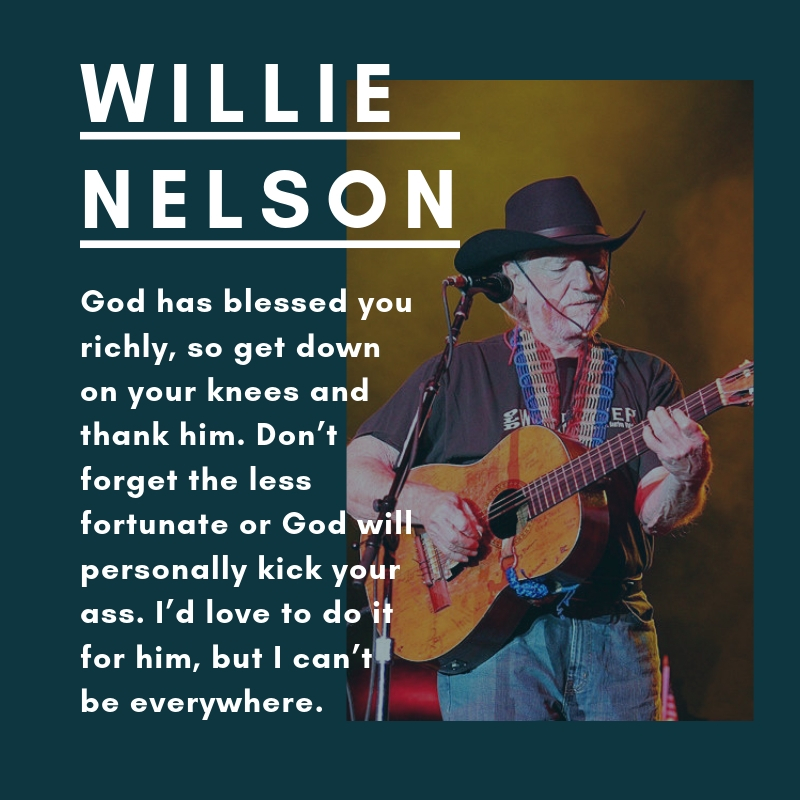 God has blessed you richly, so get down on your knees and thank him. Don’t forget the less fortunate or God will personally kick your ass. I’d love to do it for him, but I can’t be everywhere. 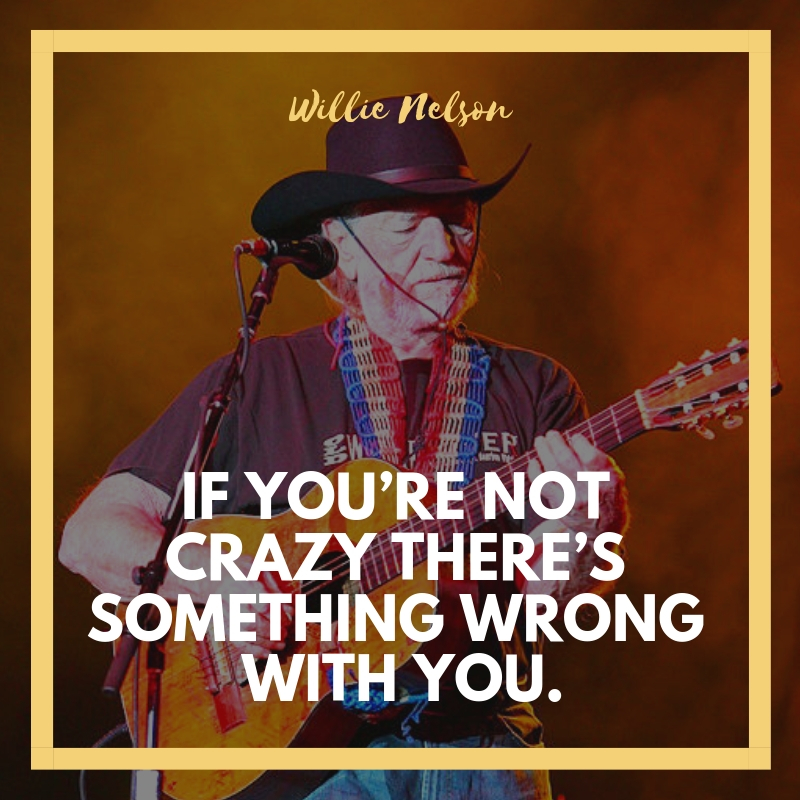 If you’re not crazy there’s something wrong with you. 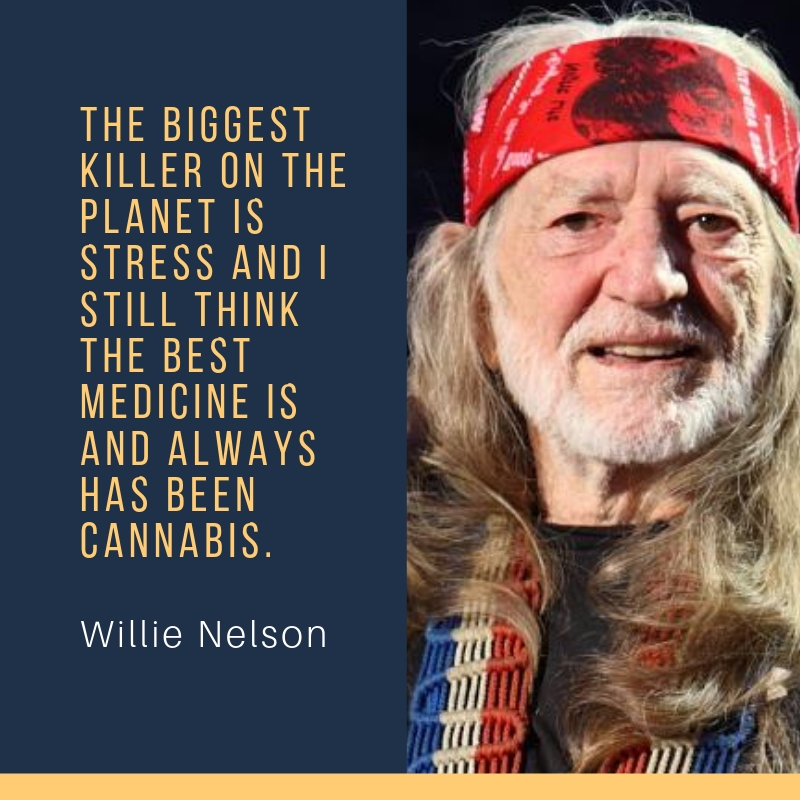 The biggest killer on the planet is stress and I still think the best medicine is and always has been cannabis. 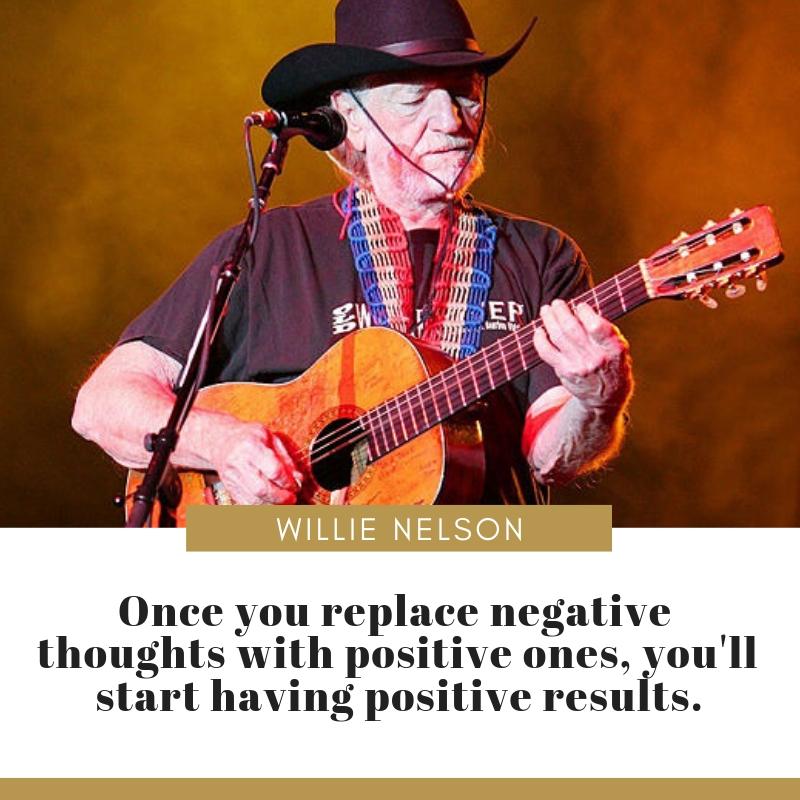 Once you replace negative thoughts with positive ones, you’ll start having positive results. 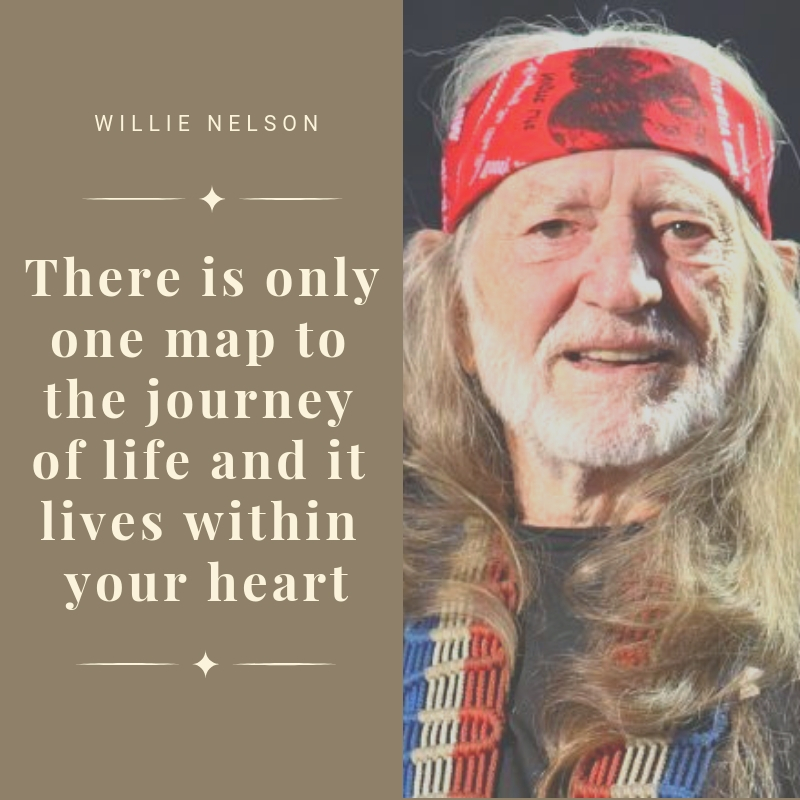 There is only one map to the journey of life and it lives within your heart. 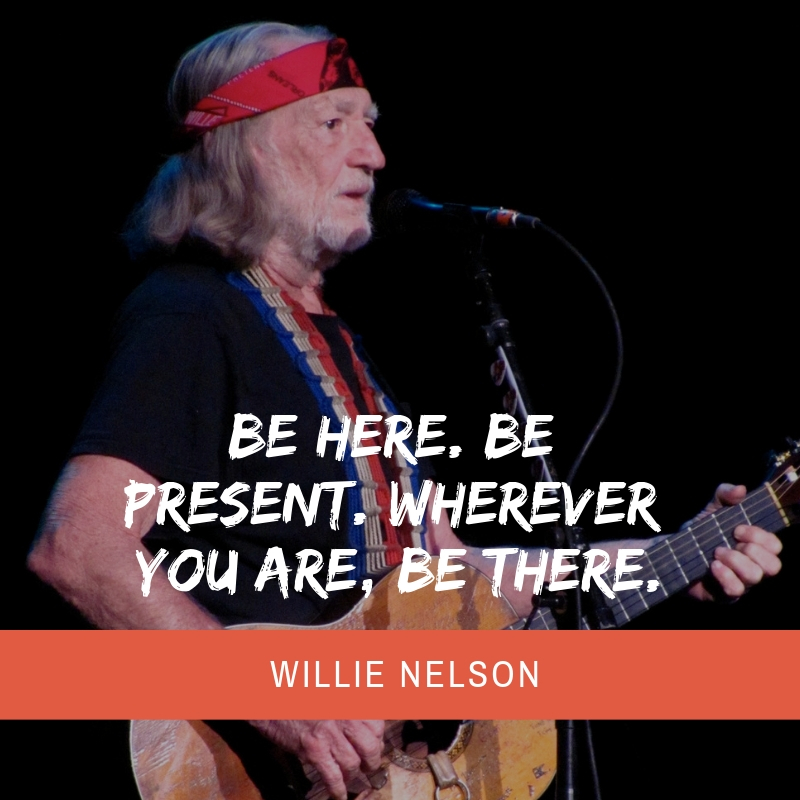 Be here. Be present. Wherever you are, be there. 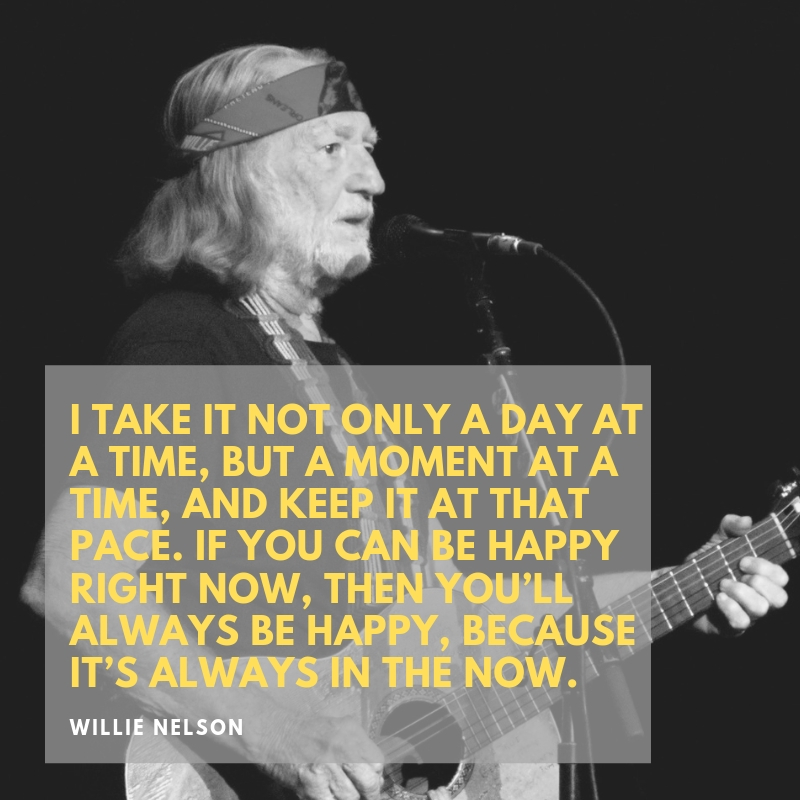 I take it not only a day at a time, but a moment at a time, and keep it at that pace. If you can be happy right now, then you’ll always be happy, because it’s always in the now. 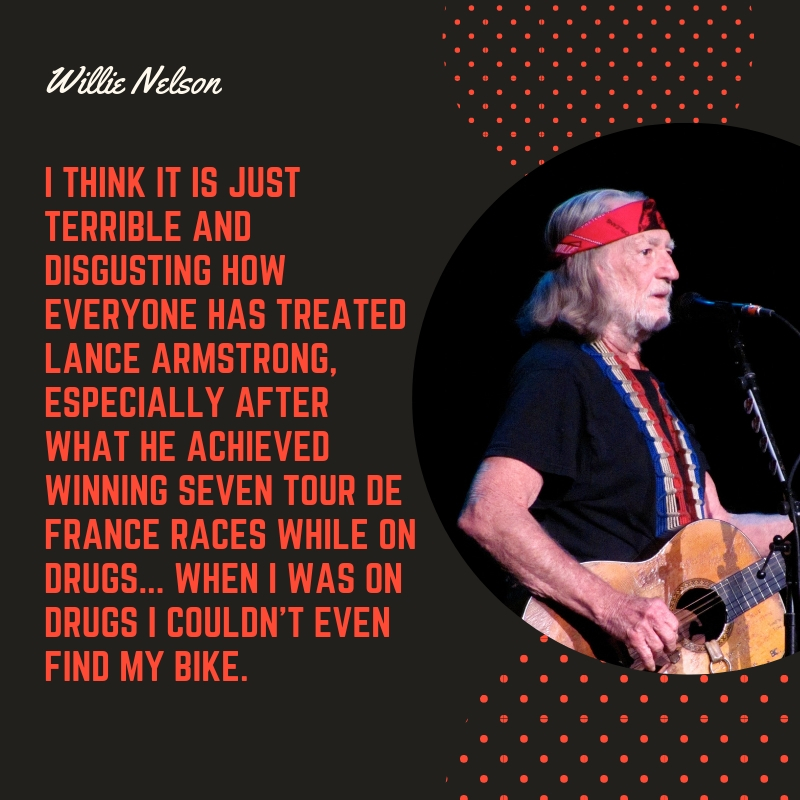 I think it is just terrible and disgusting how everyone has treated Lance Armstrong, especially after what he achieved winning seven Tour de France races while on drugs… When I was on drugs I couldn’t even find my bike. 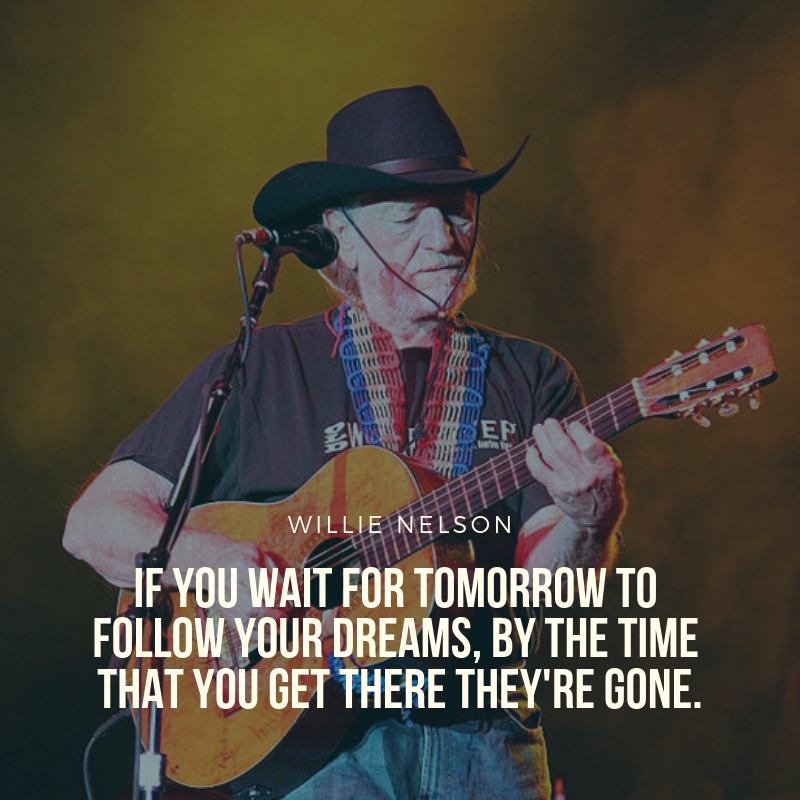 If you wait for tomorrow to follow your dreams, by the time that you get there they’re gone. 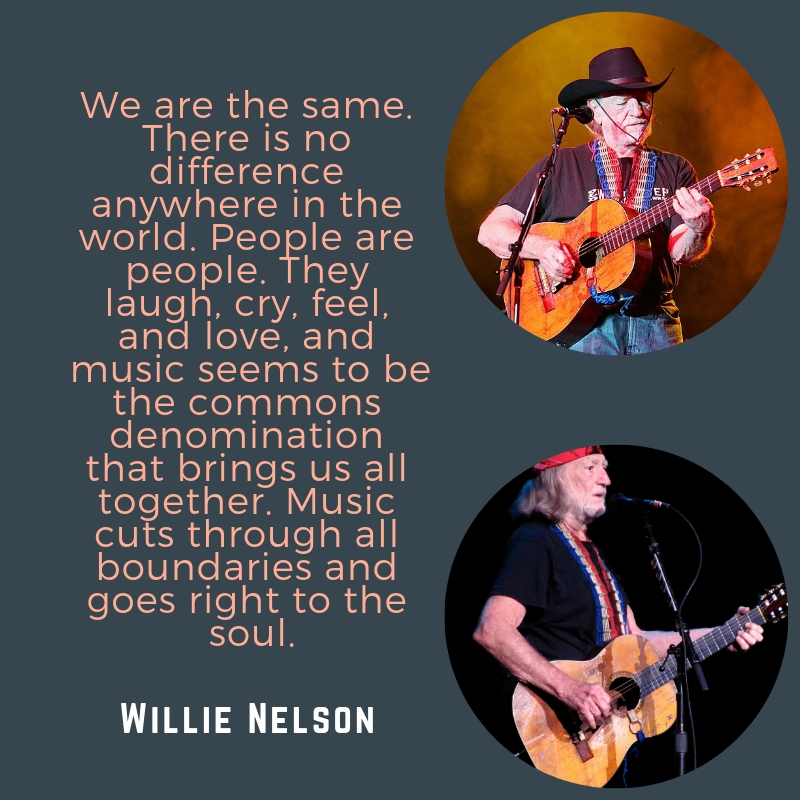 We are the same. There is no difference anywhere in the world. People are people. They laugh, cry, feel, and love, and music seems to be the commons denomination that brings us all together. Music cuts through all boundaries and goes right to the soul.