Mewtwo is a fictional character from the famous cartoon series Pokemon. It is a bipedal humanoid creature that has some feline features. It is considered one of the most powerful creatures in the Pokemon universe. Mewtwo is a psychic-type Pokemon and uses its power to communicate with humans. Despite its apparent feline feature, Mewtwo is said to lack compassion, have the most brutal heart of all Pokemon creation, and strike its enemies with cold and soulless eyes. Because of its scientific origin, it is only expected to win in every battle, thus its savagery.

If you like Mewtwo, here is your chance to reflect on some of its words and apply it in your everyday life. 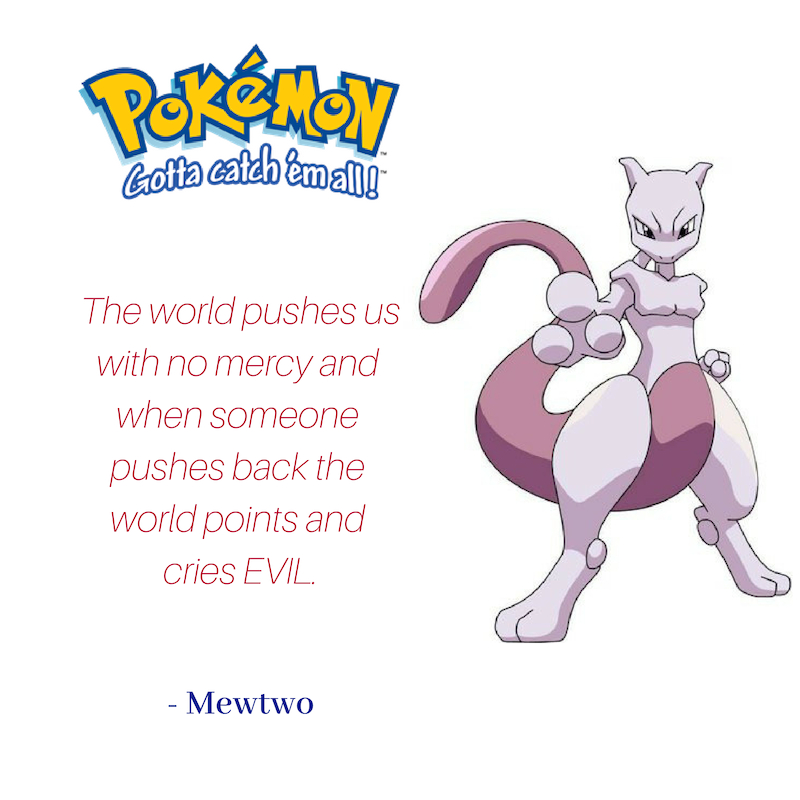 The world pushes us with no mercy and when someone pushes back the world points and cries EVIL. 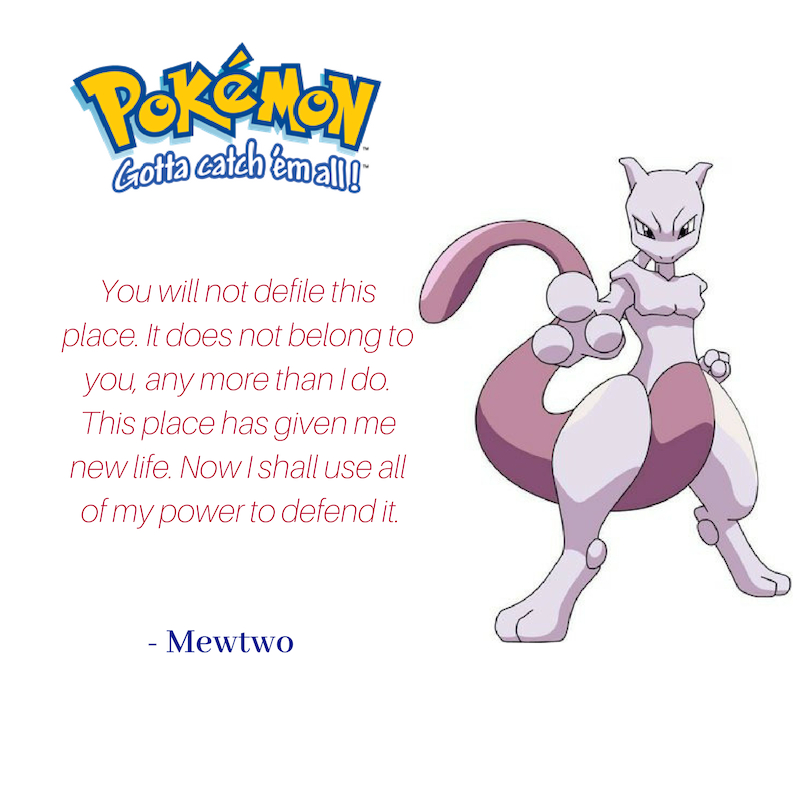 You will not defile this place. It does not belong to you, any more than I do. This place has given me new life. Now I shall use all of my power to defend it. 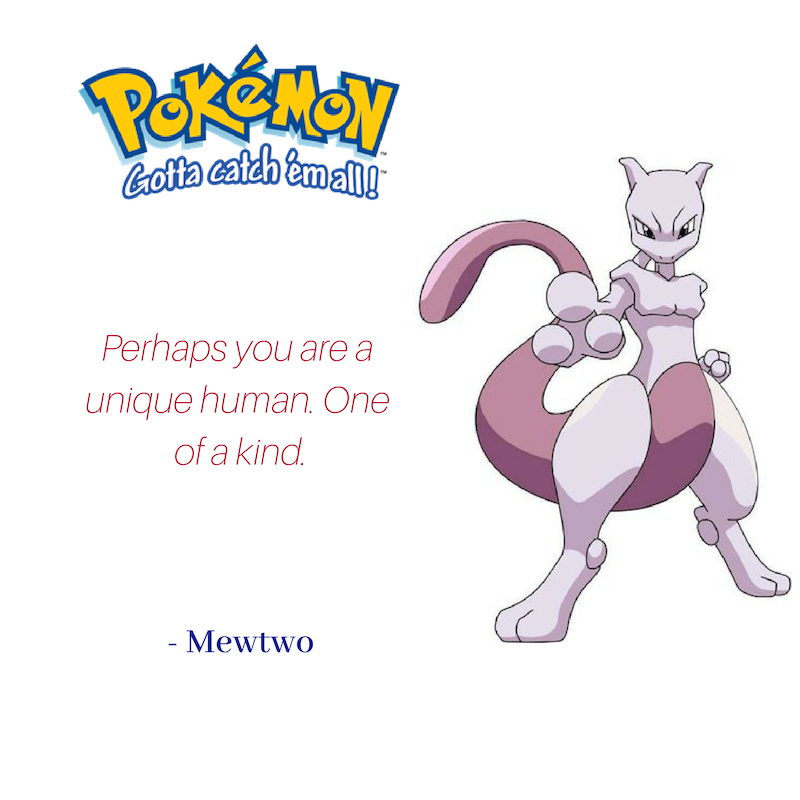 I see now that one’s birth is irrelevant. It is what you do that determines who you are. 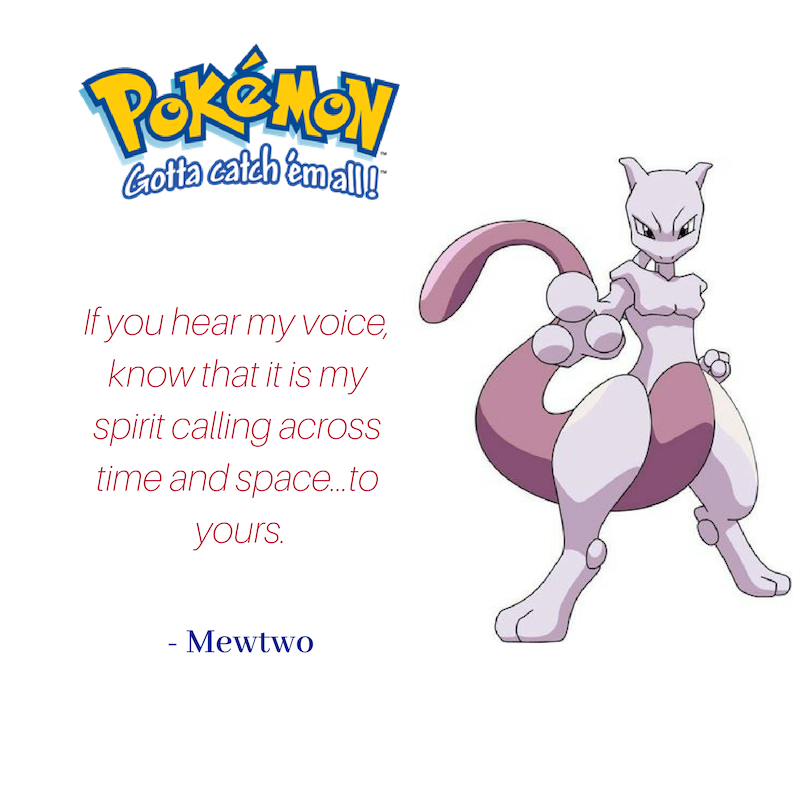 The moon reflects the light of the sun. Pokèmon born into this world may walk freely in that sun. But we were created, reflections. We are shadows. Perhaps we should not live in sunlight, but in the shadows of moonlight. 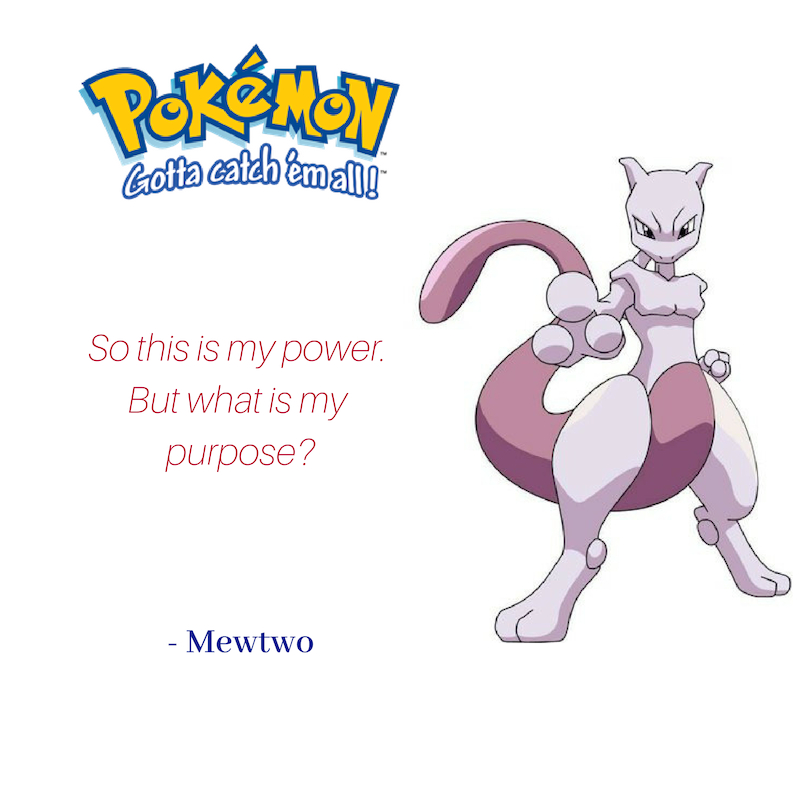 Perhaps you are a unique human. One of a kind. 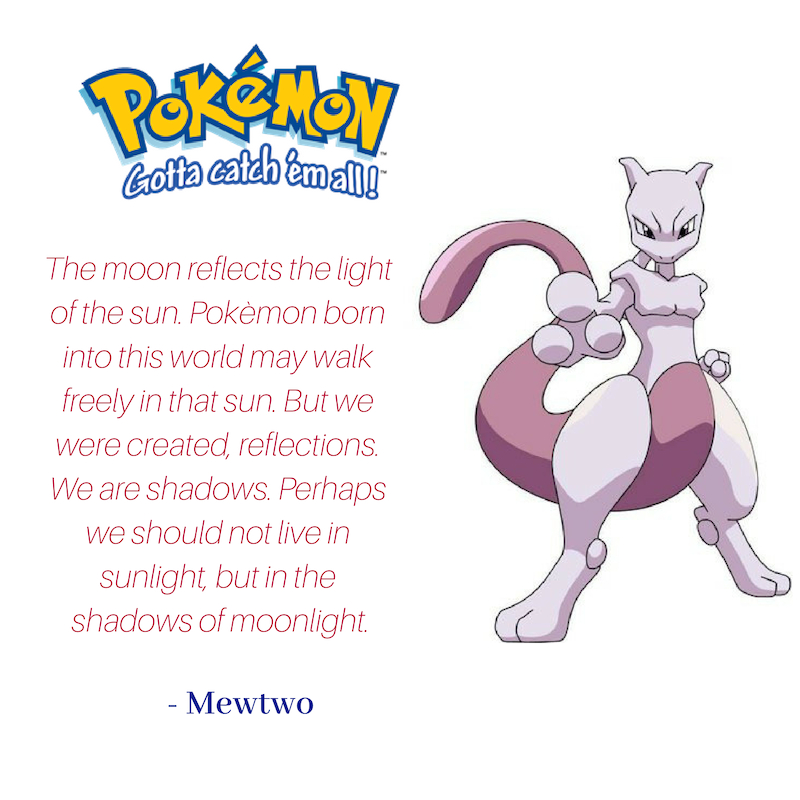 If you hear my voice, know that it is my spirit calling across time and space…to yours. 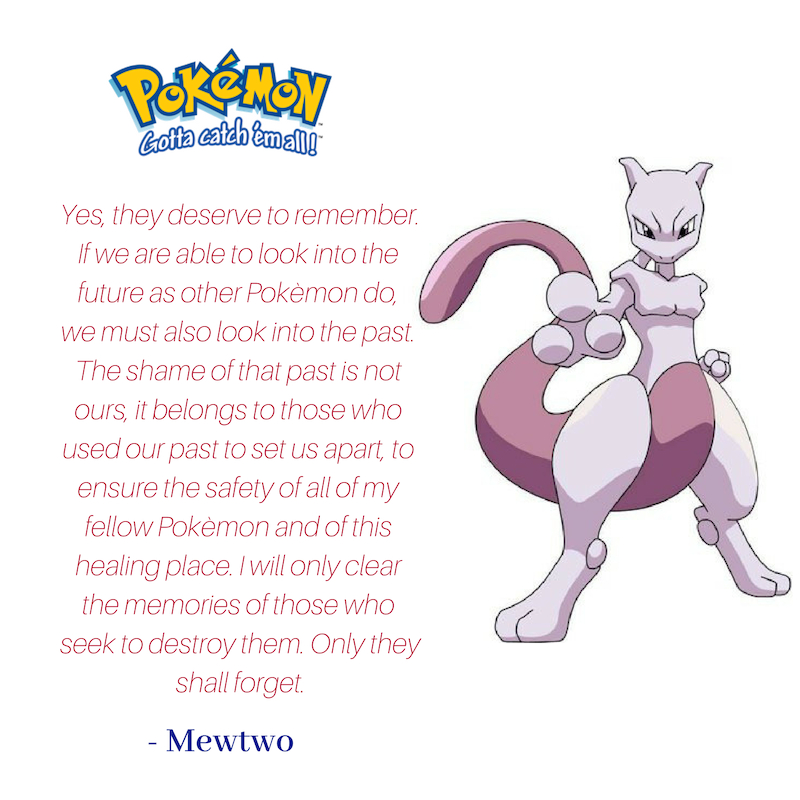 So this is my power. But what is my purpose? 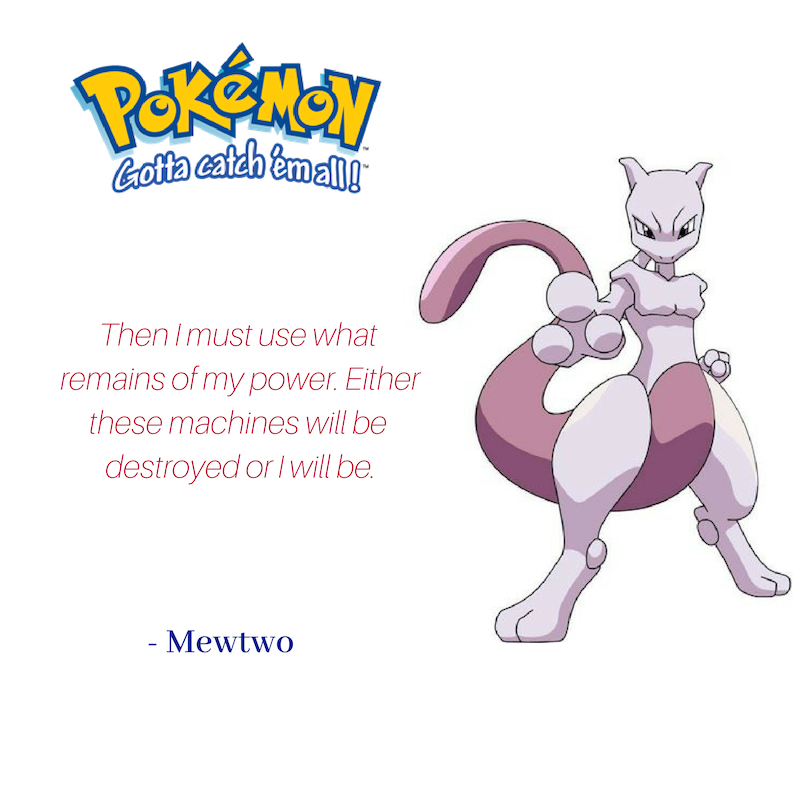 Then I must use what remains of my power. Either these machines will be destroyed or I will be. 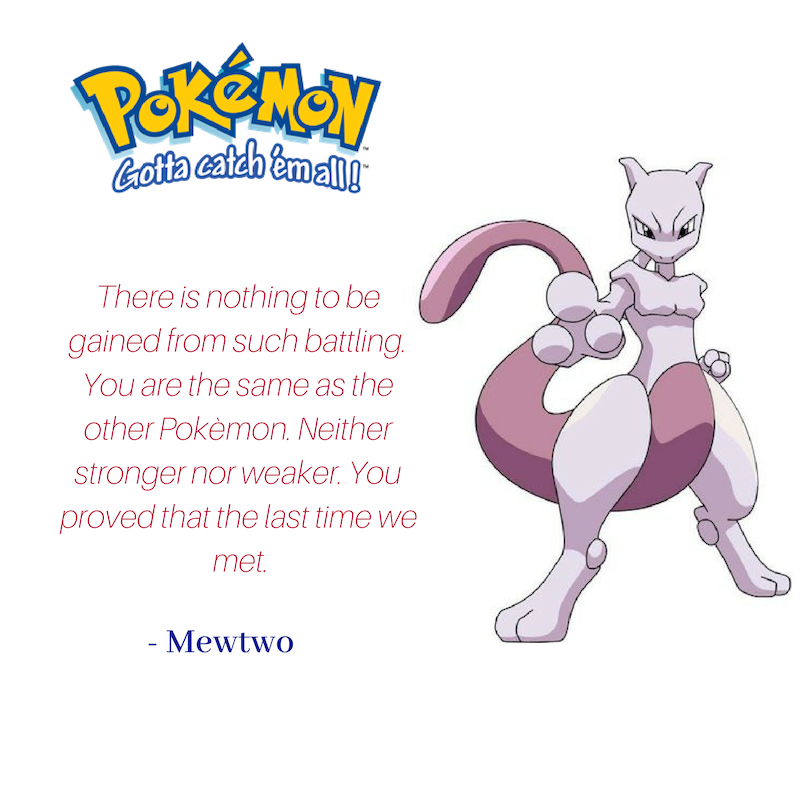 There is nothing to be gained from such battling. You are the same as the other Pokèmon. Neither stronger nor weaker. You proved that the last time we met. 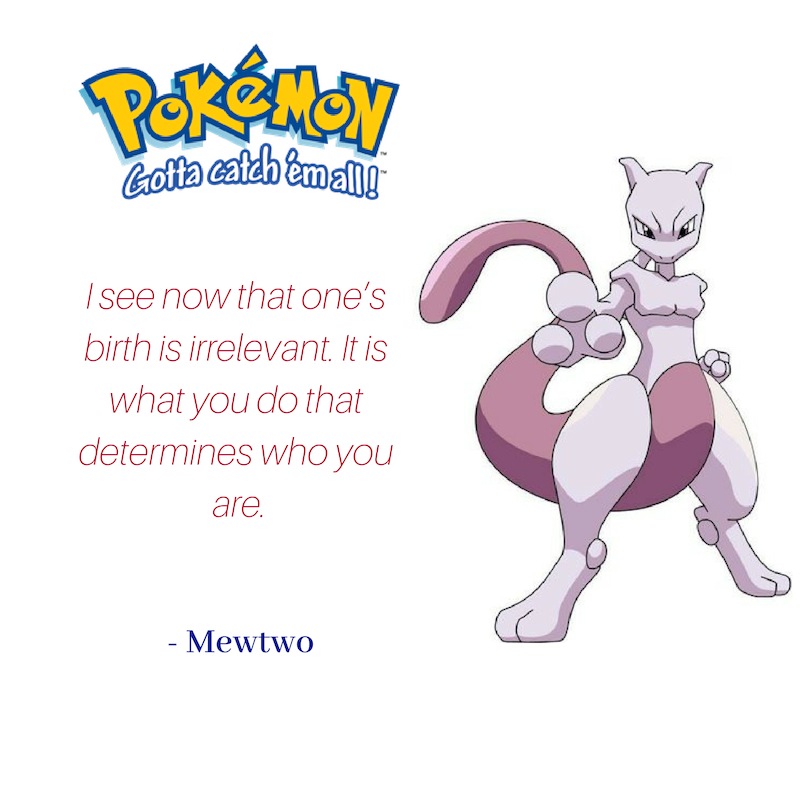 Yes, they deserve to remember. If we are able to look into the future as other Pokèmon do, we must also look into the past. The shame of that past is not ours, it belongs to those who used our past to set us apart, to ensure the safety of all of my fellow Pokèmon and of this healing place. I will only clear the memories of those who seek to destroy them. Only they shall forget.

Do you like Mewtwo? Here are some of its famous quotes to inspire you!