In the American comedy-drama TV series, Californication, Hank Moody played by David Duchovny is a troubled novelist who was chained by a series of circumstances that dictated his life. He had a hard time dealing with his vices―drug abuse, drinking and womanizing― that eventually created an impact on his relationship with his family. Also suffering from writer’s block, Moody struggled to find happiness but even with the multiple unfortunates and opportunities, he had finally gained his purpose in life. Let’s relive some of Hank Moody’s most memorable lines in the series. 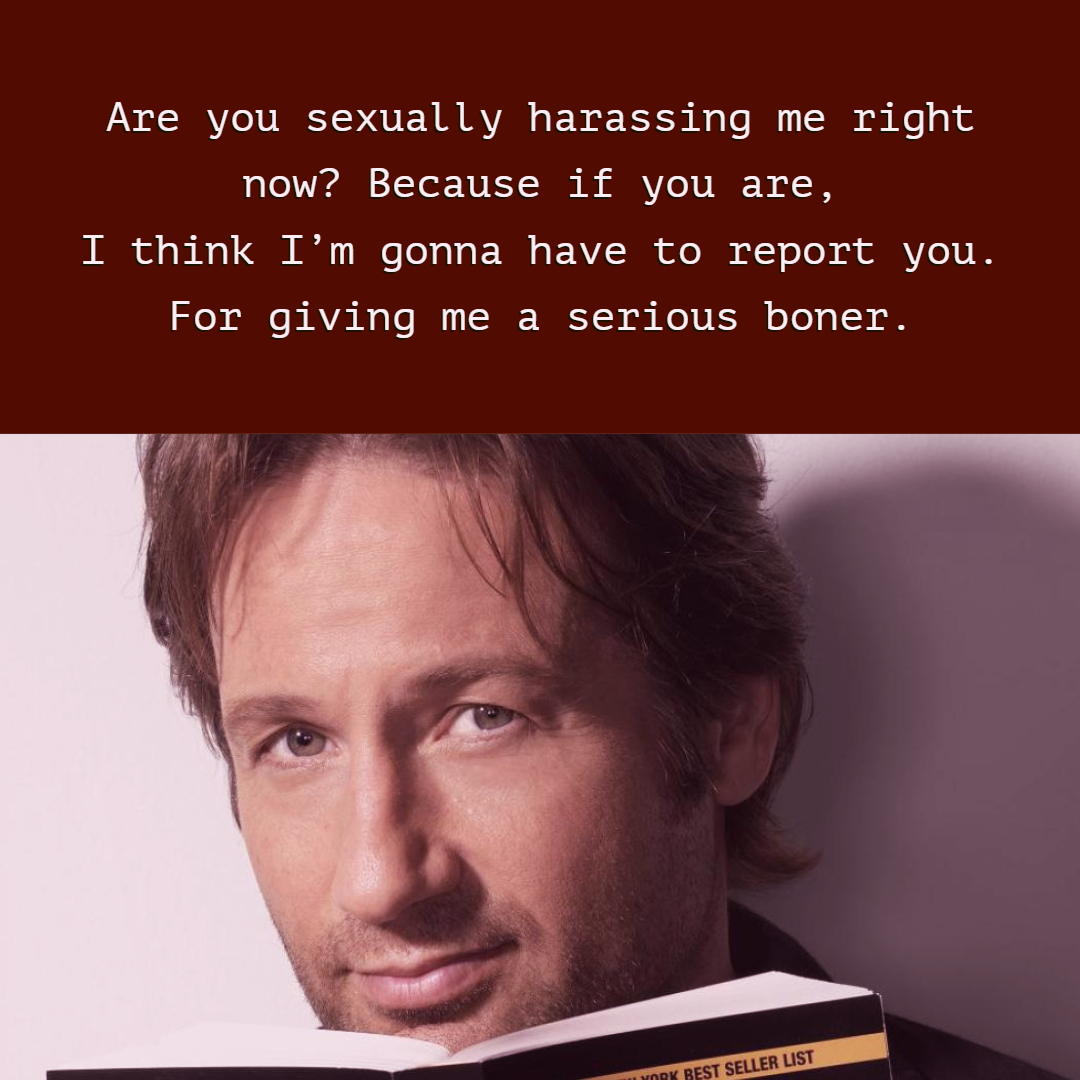 Are you sexually harassing me right now? Because if you are, I think I’m gonna have to report you. For giving me a serious boner. 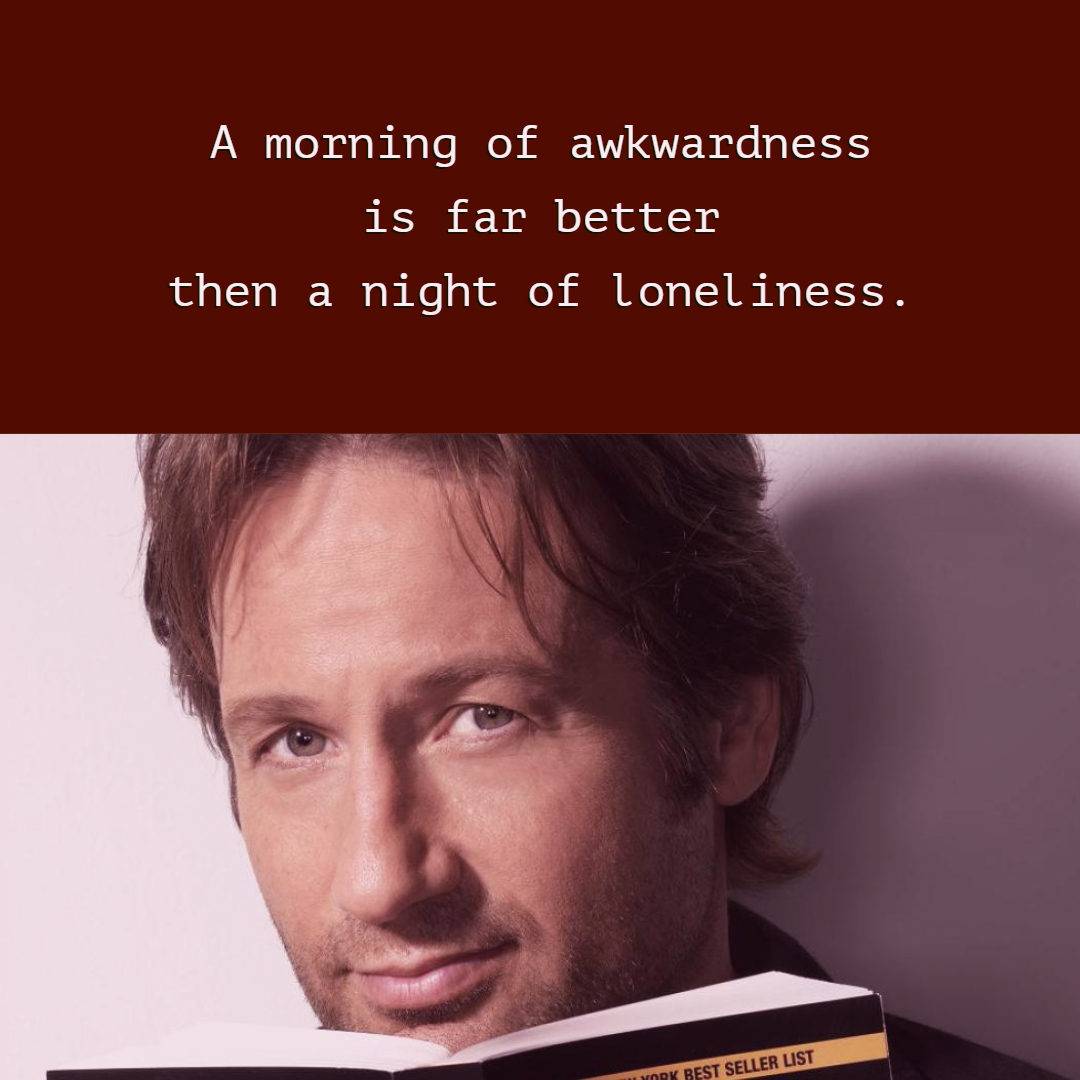 A morning of awkwardness is far better then a night of loneliness. 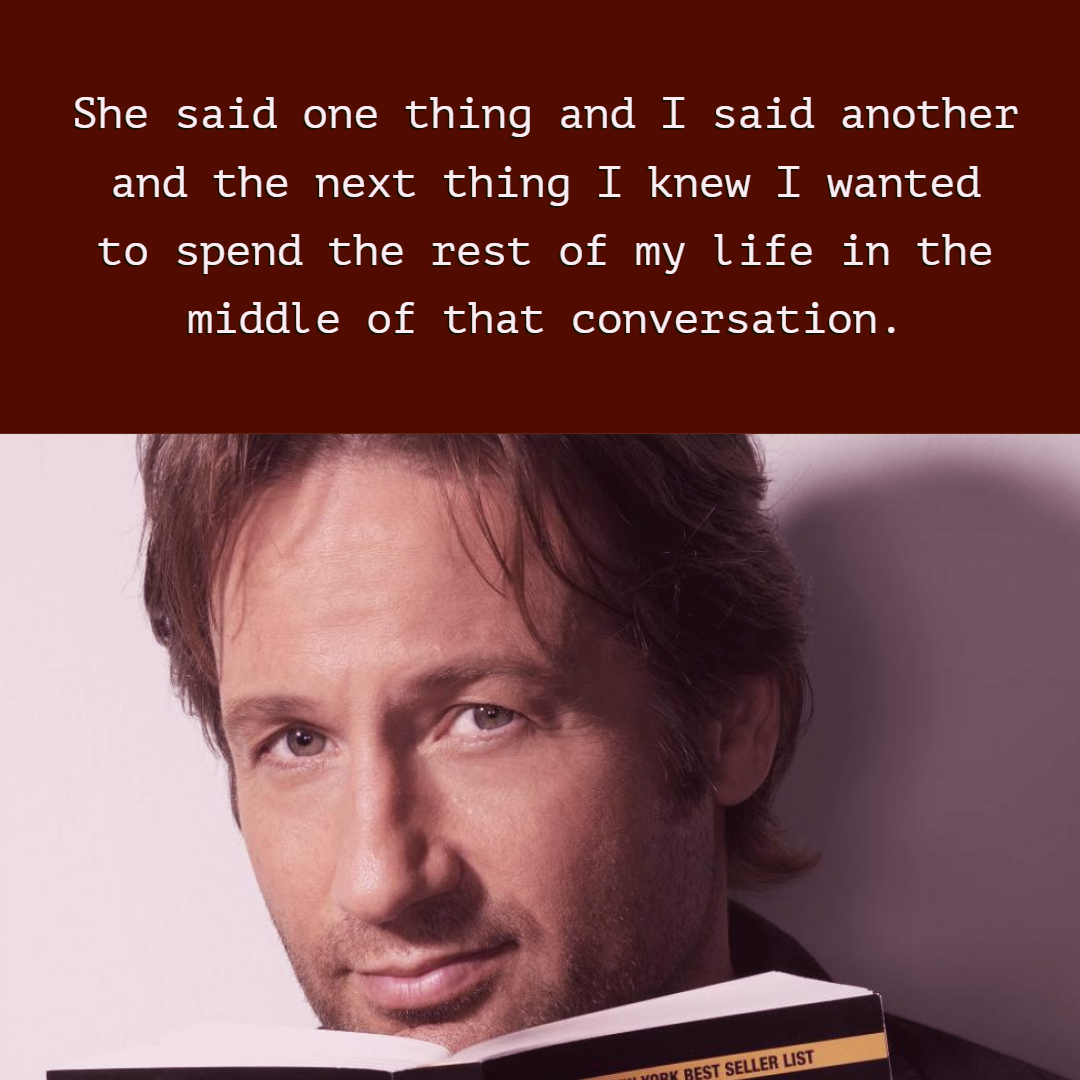 She said one thing and I said another and the next thing I knew I wanted to spend the rest of my life in the middle of that conversation. 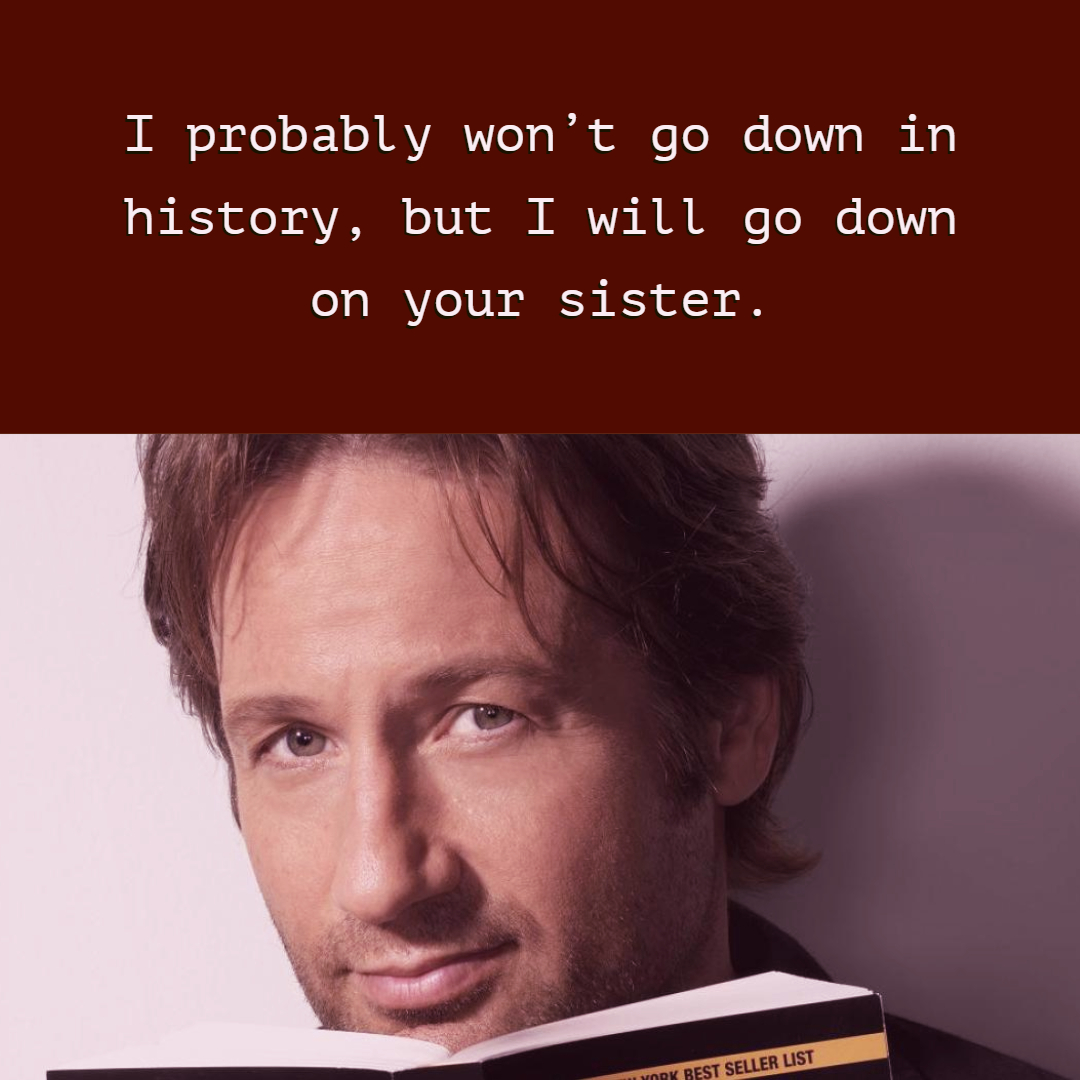 I probably won’t go down in history, but I will go down on your sister. 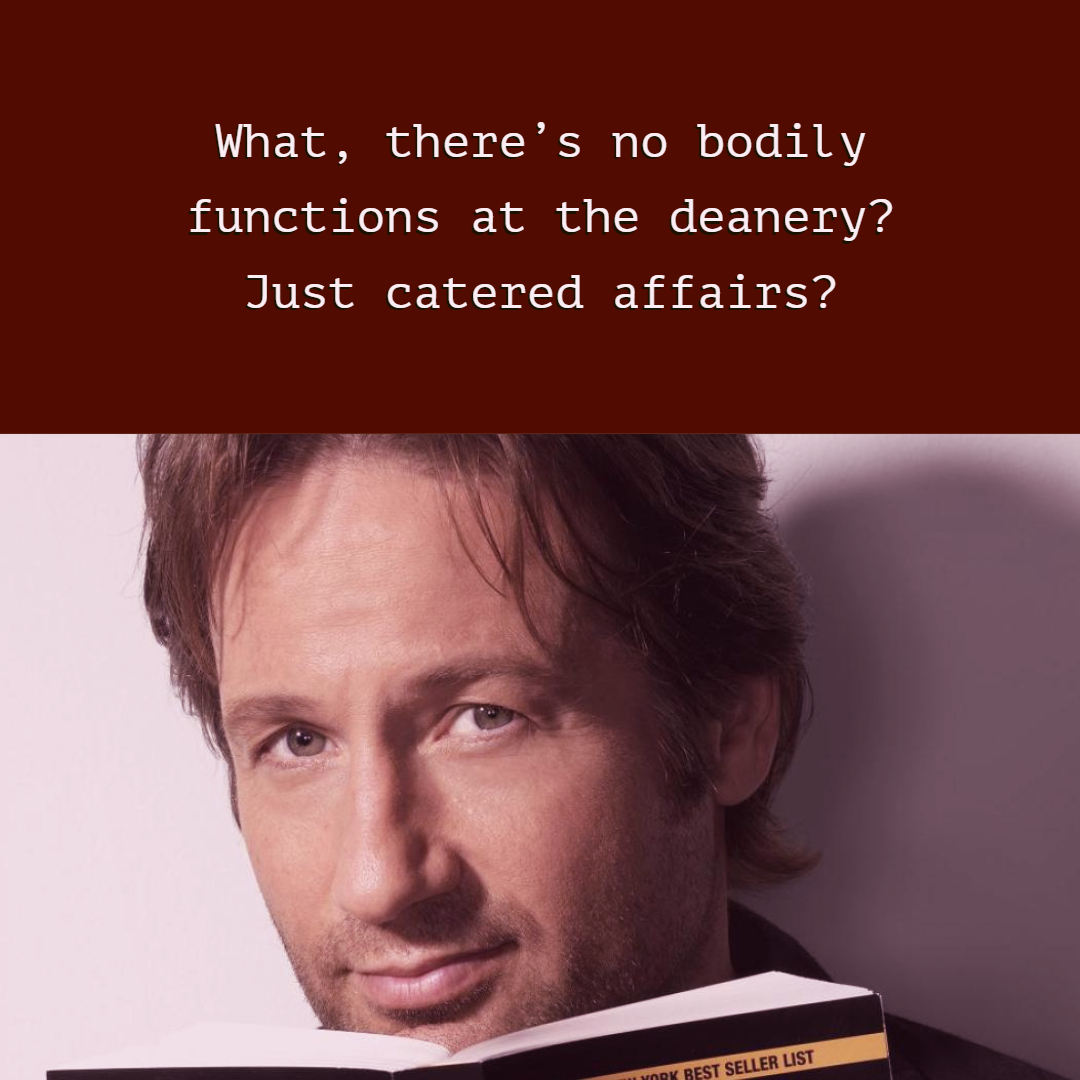 What, there’s no bodily functions at the deanery? Just catered affairs? 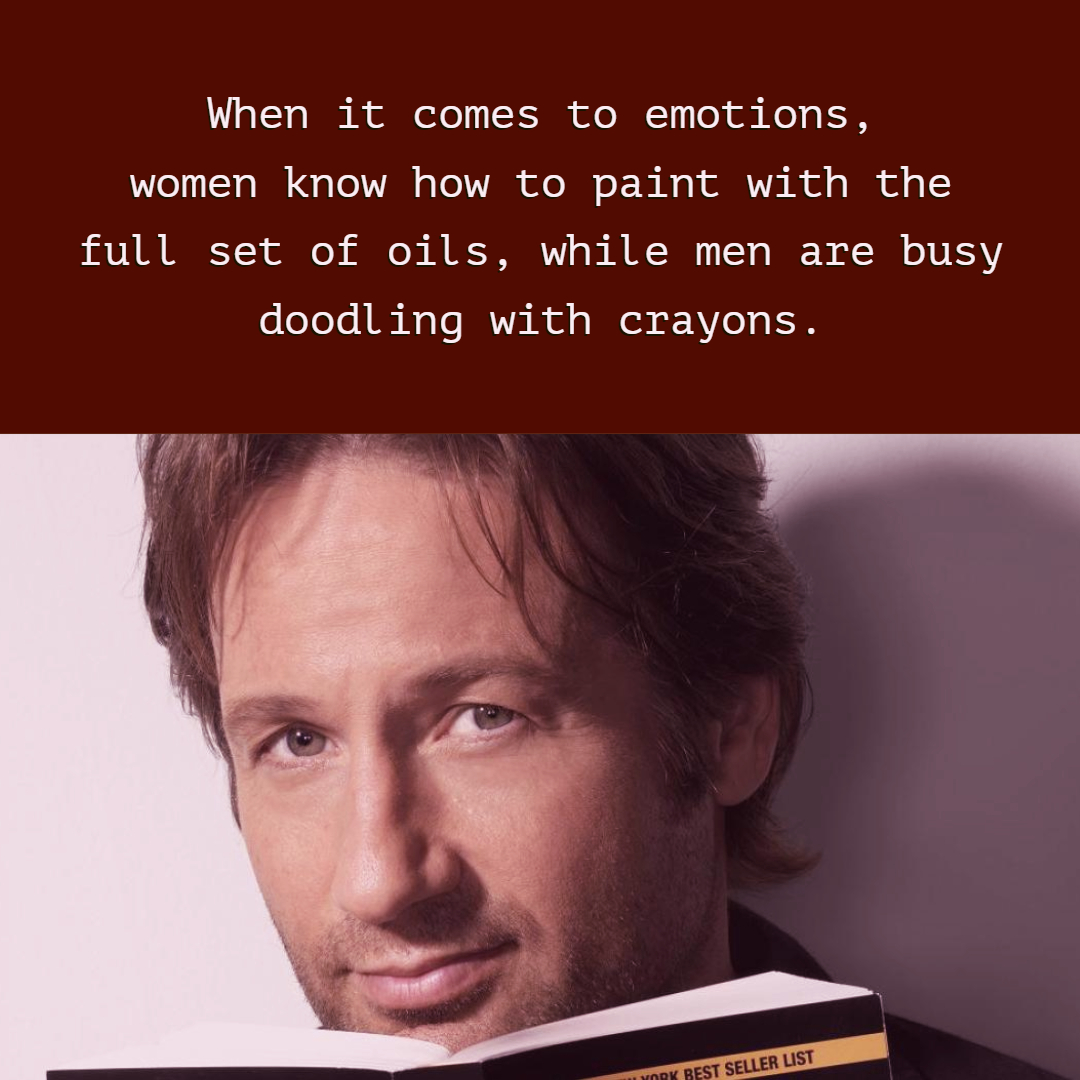 When it comes to emotions, women know how to paint with the full set of oils, while men are busy doodling with crayons. 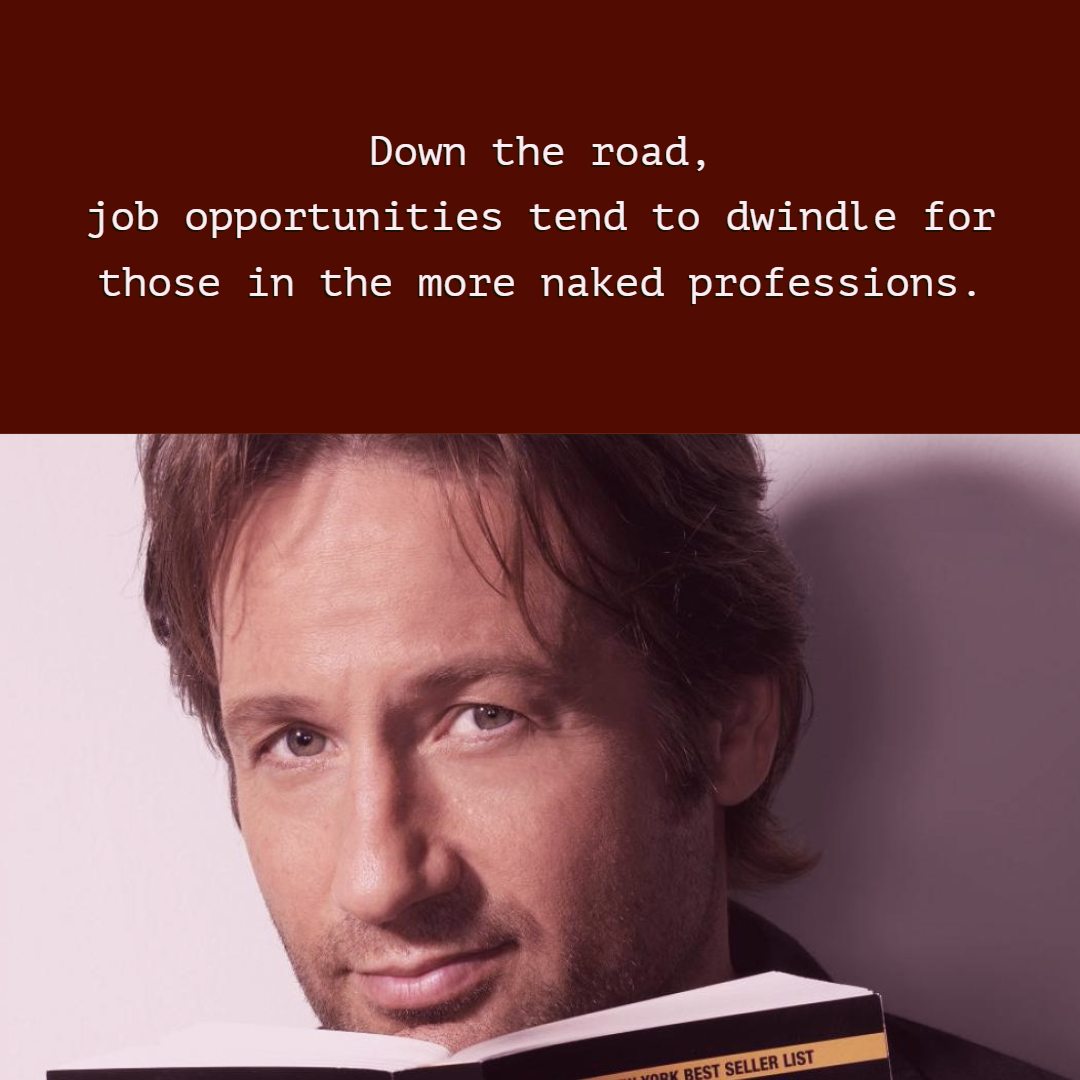 Down the road, job opportunities tend to dwindle for those in the more naked professions. 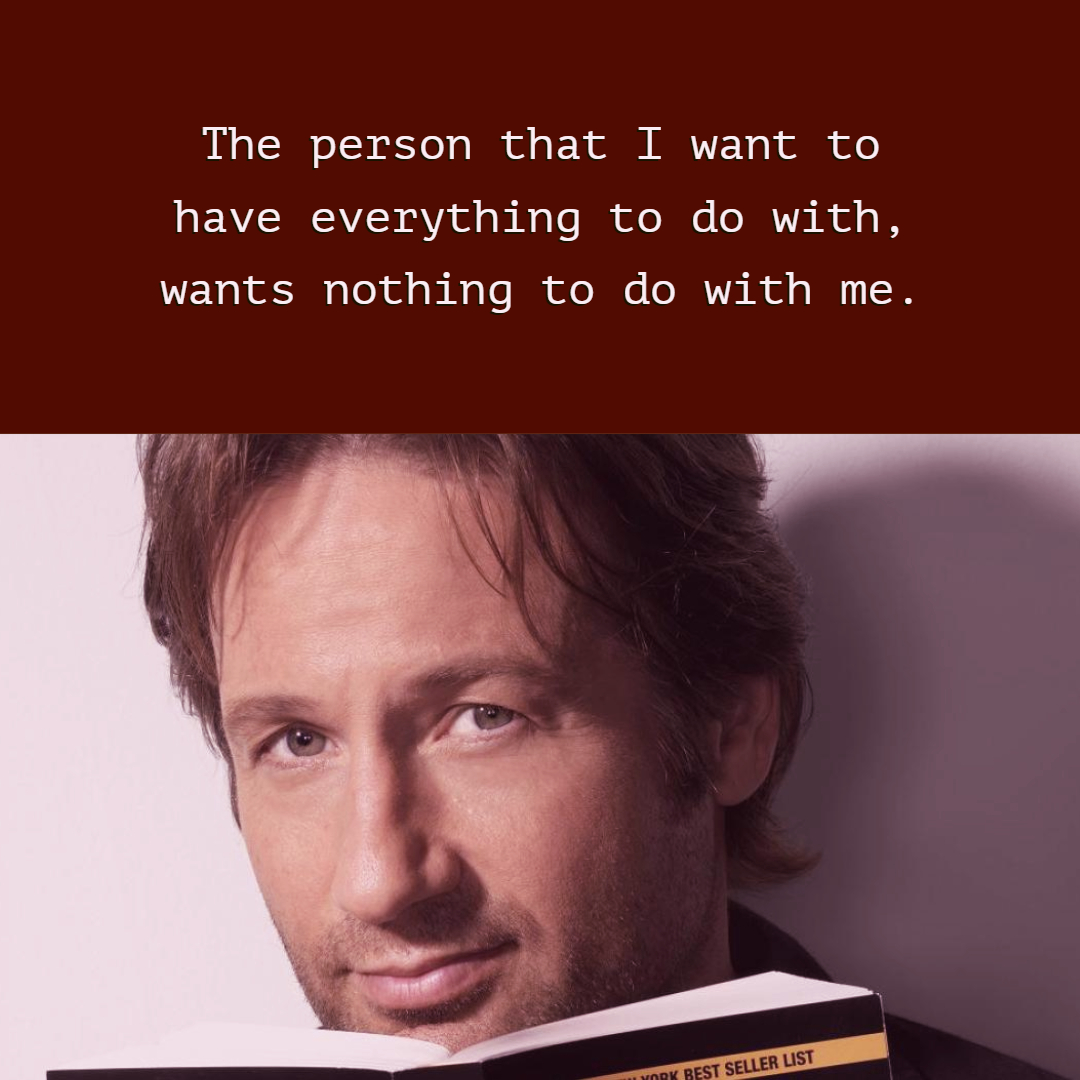 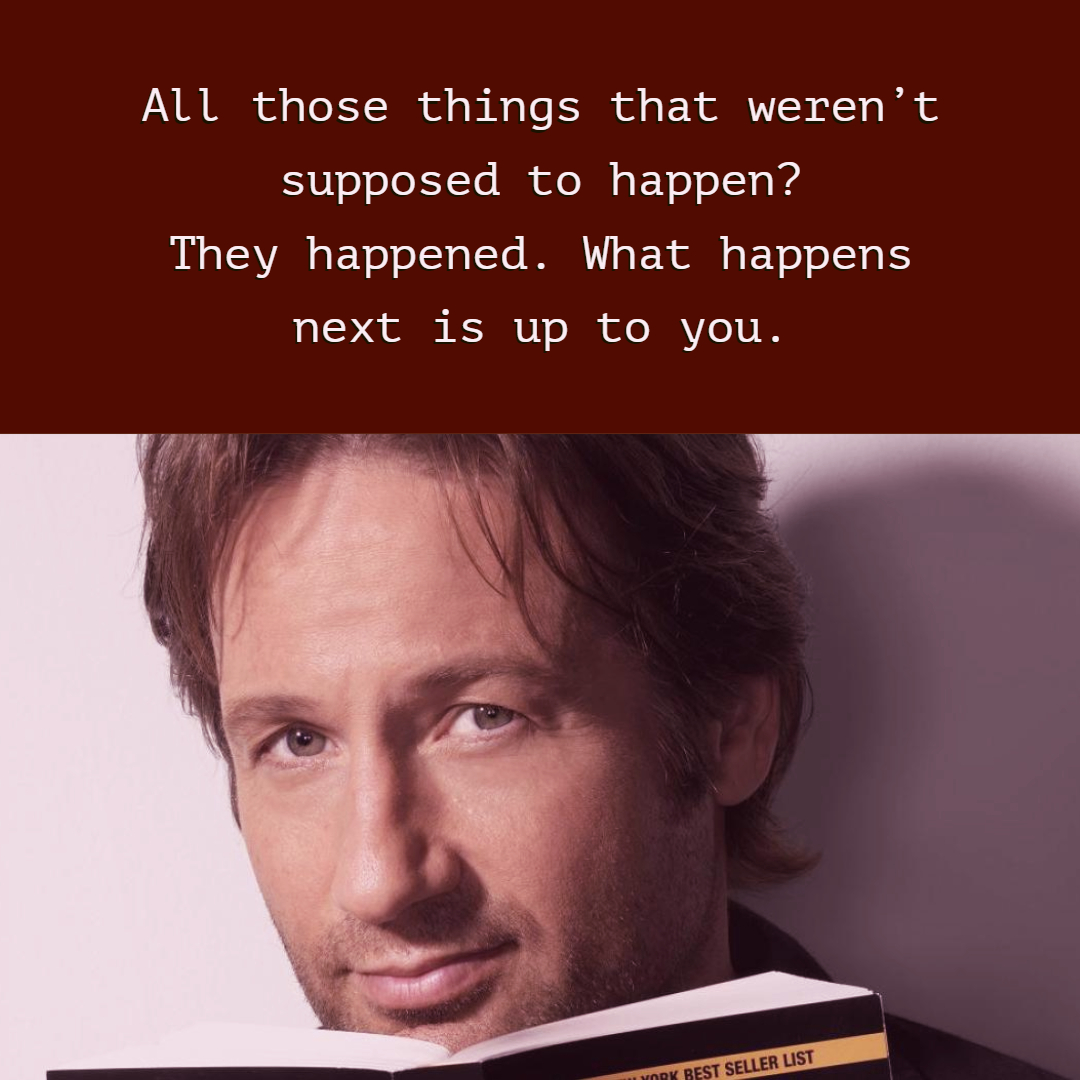 All those things that werent supposed to happen? They happened. What happens next is up to you. 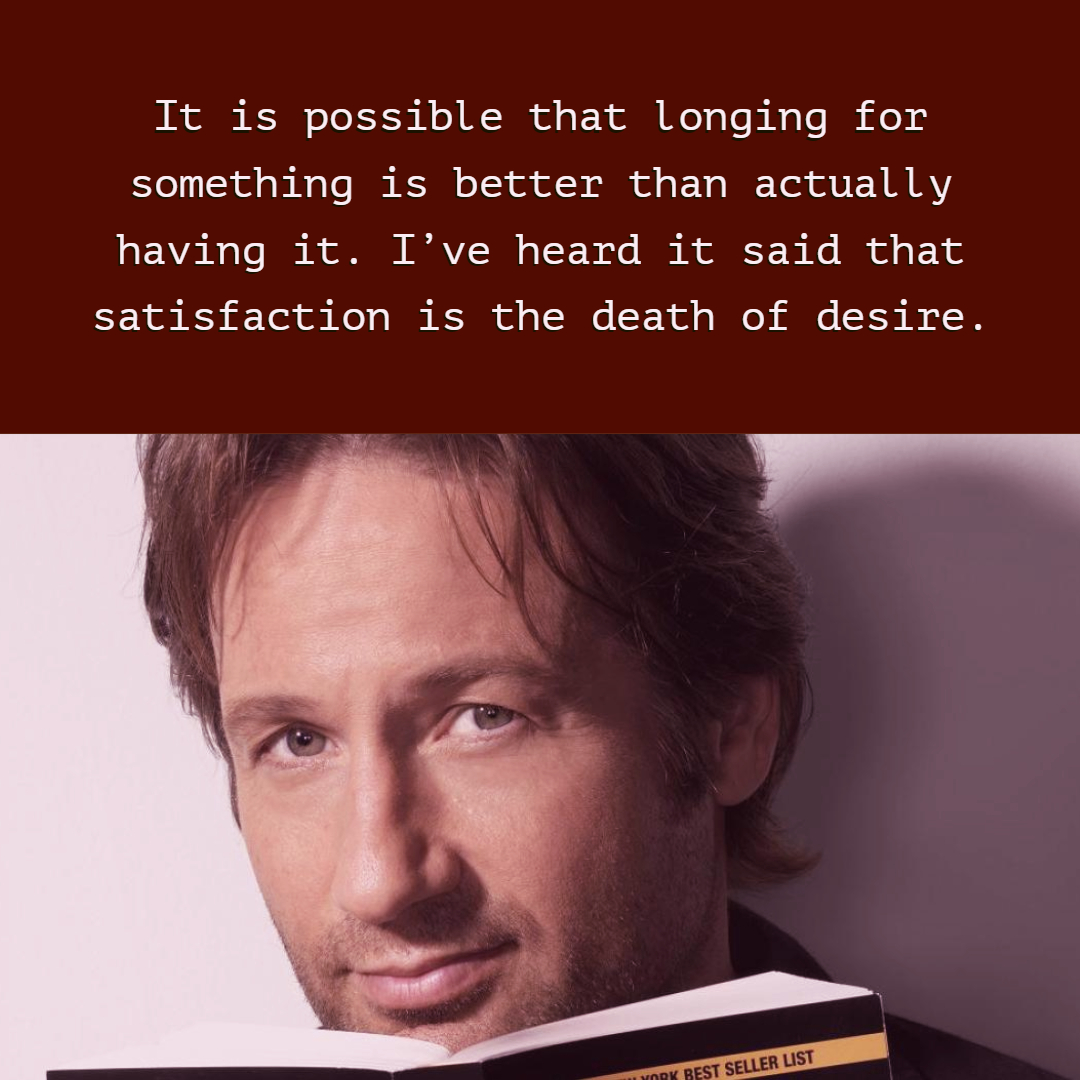 It is possible that longing for something is better than actually having it. I’ve heard it said that satisfaction is the death of desire.

Hank Moody (David Duchovny ) was a fictional character in the Showtime television series titled Californication. The show created by Tom Kapinos run for seven seasons, from 2007 to 2014. The story revolves around the life of Moody, a distressed writer whose vices affected his ties with his long-time partner and daughter. This long-running show was a success and earned several nominations and awards, including one Golden Globes and two Emmy Awards.