Your Lie in April, also known as Shigatsu wa Kimi No Uso or simply Kimiuso, is a Japanese manga series authored by Naoshi Arakawa. An animated TV series by A-1 Pictures was produced from October 2014 until March 2015. The story is about Kosei Arima, a controversial child piano prodigy who is known for winning international music competitions. His abusive mother taught him how to play the piano emotionlessly. After the death of his mother, he lost his ability to hear the sound of piano even though his hearing works perfectly well.

If you are a fan of both the manga and anime series, you will certainly find these Your Lie in April quotes both moving and touching. 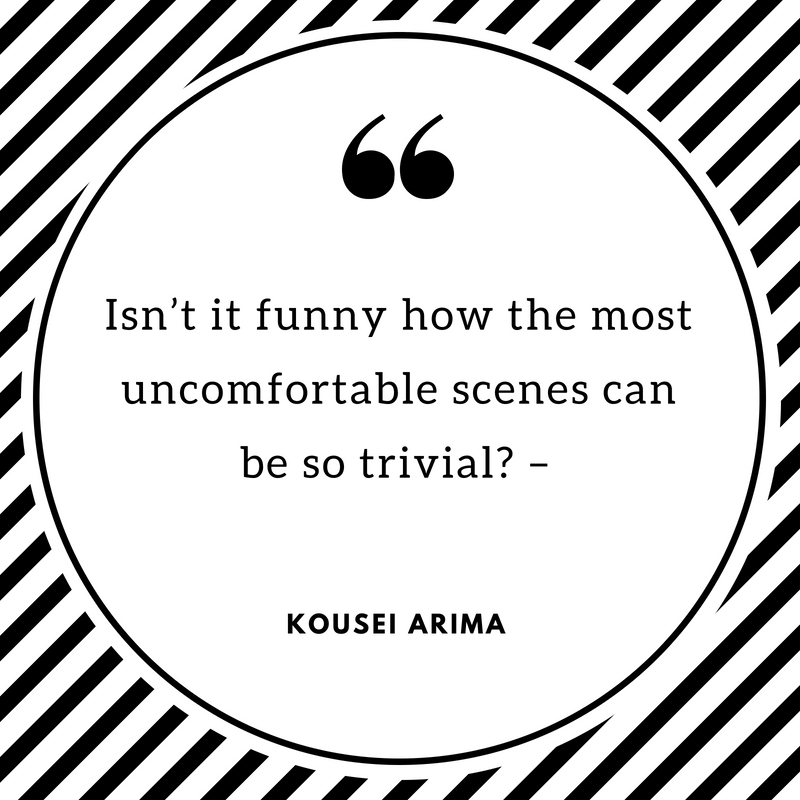 Isn’t it funny how the most uncomfortable scenes can be so trivial? 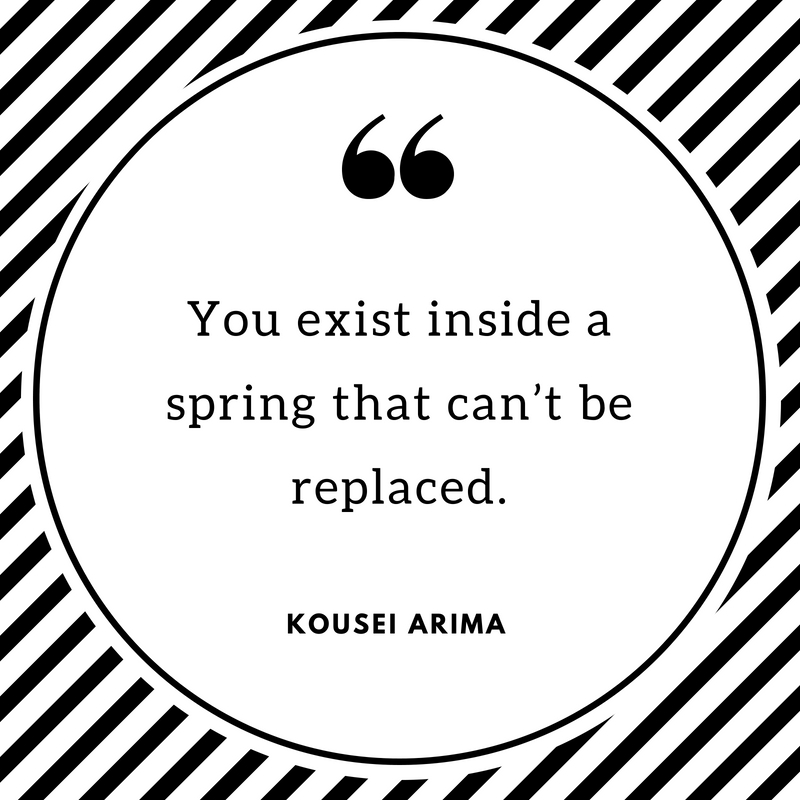 You exist inside a spring that can’t be replaced. 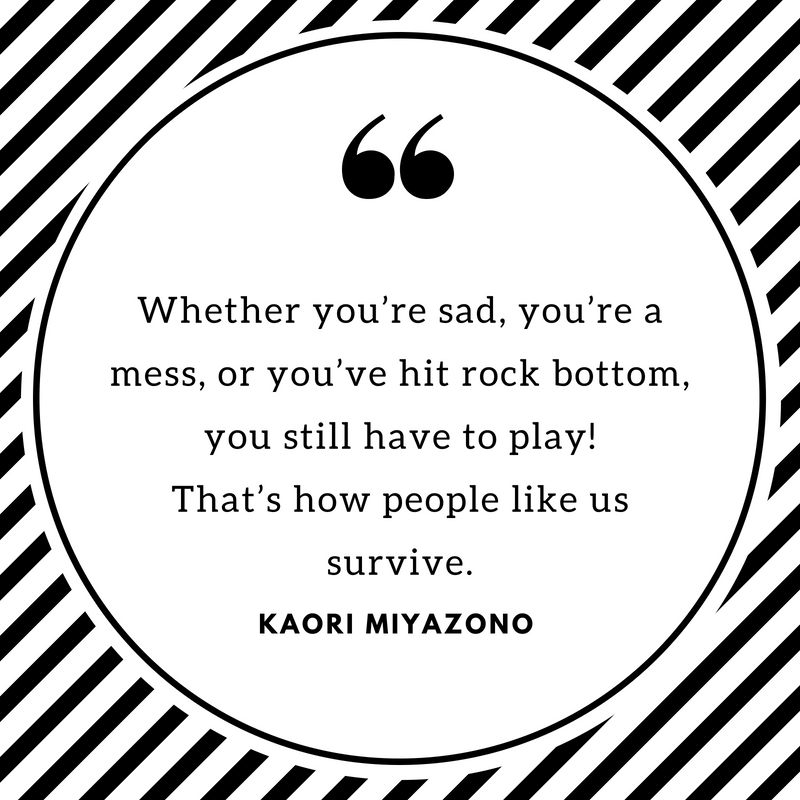 Whether you’re sad, you’re a mess, or you’ve hit rock bottom, you still have TO PLAY! That’s how people like us survive. 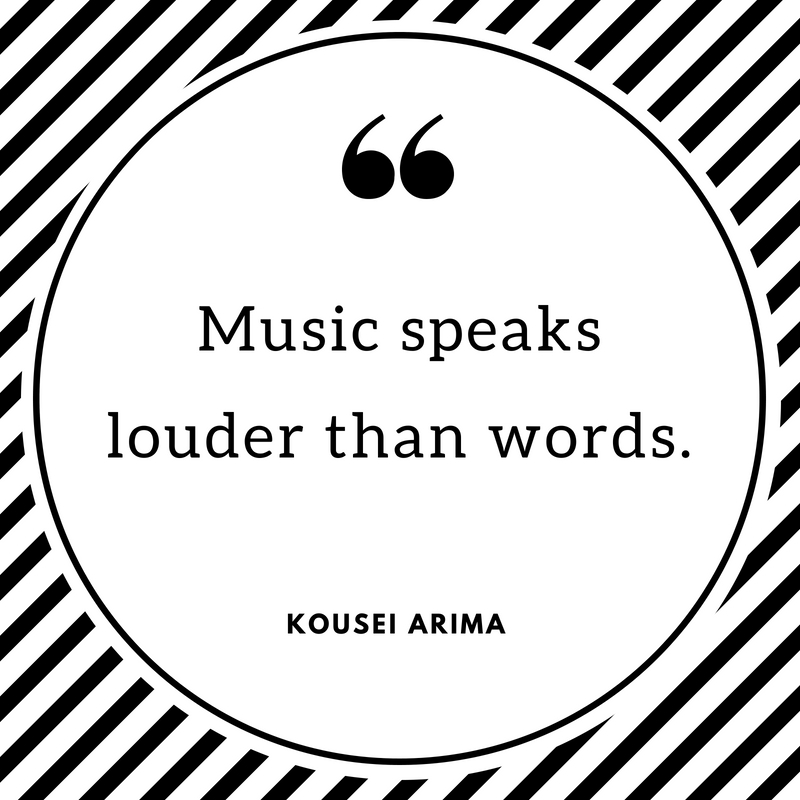 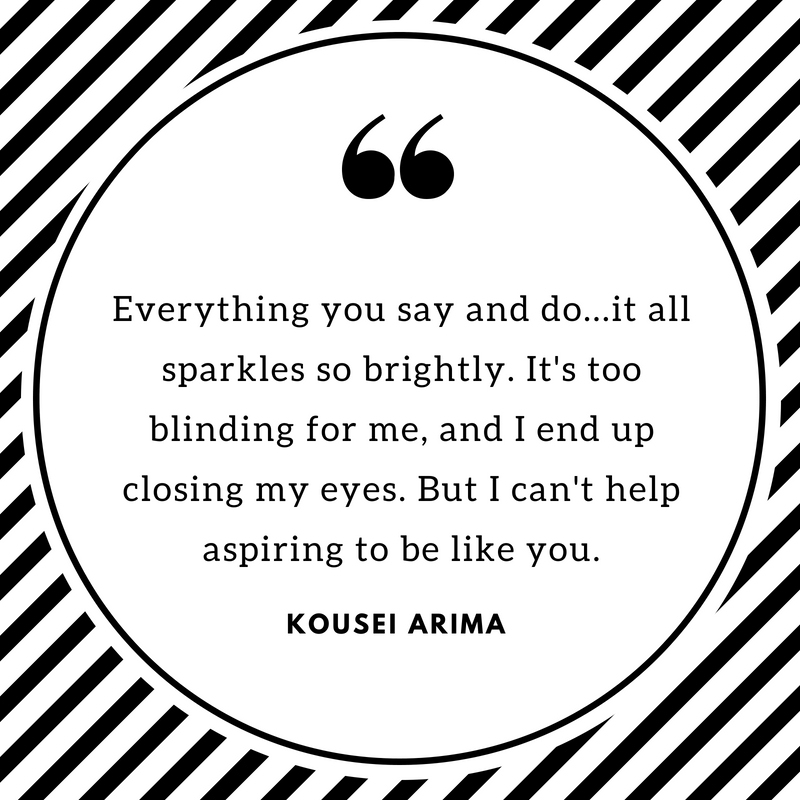 Everything you say and do…it all sparkles so brightly. It’s too blinding for me, and I end up closing my eyes. But I can’t help aspiring to be like you. 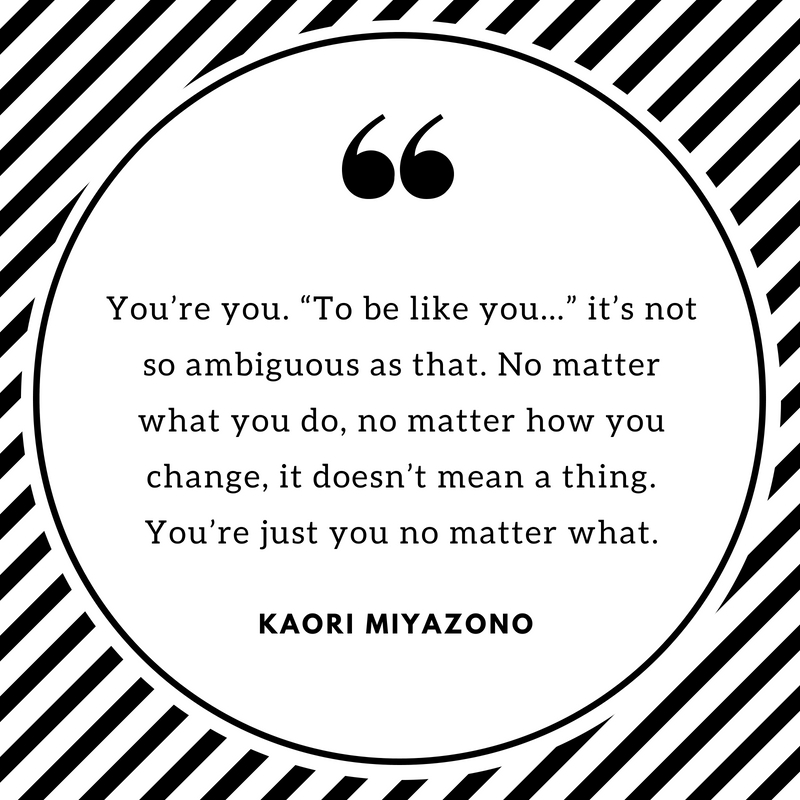 You’re you. “To be like you…” it’s not so ambiguous as that. No matter what you do, no matter how you change, it doesn’t mean a thing. You’re just you no matter what. 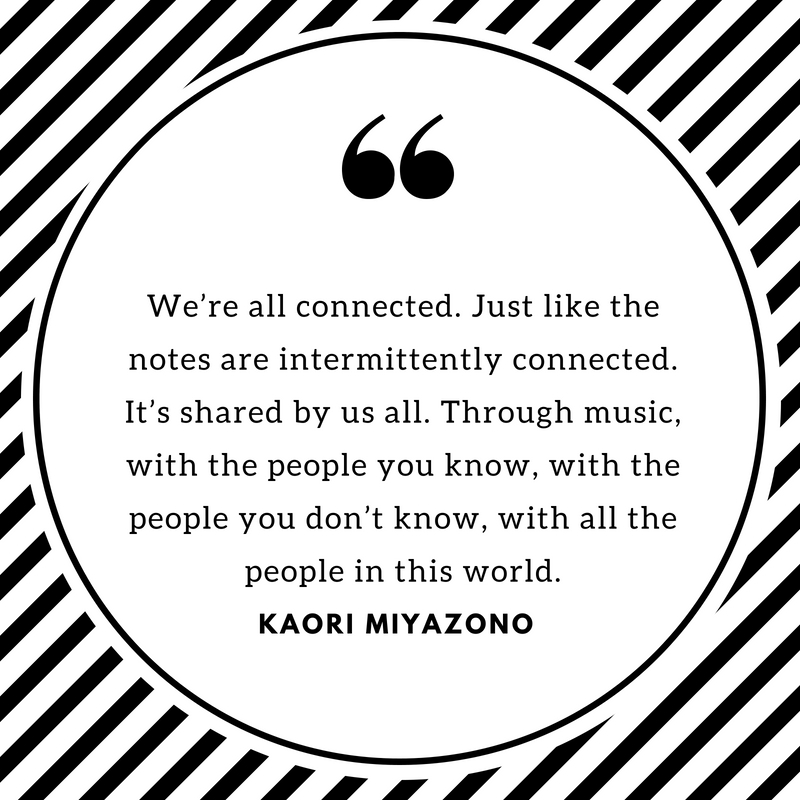 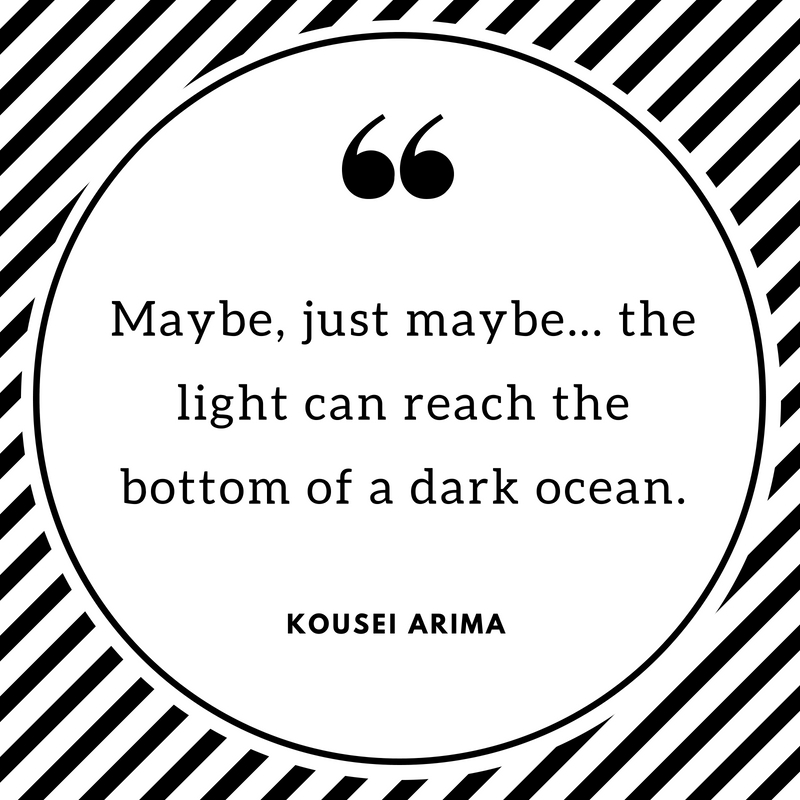 Maybe, just maybe… the light can reach the bottom of a dark ocean. 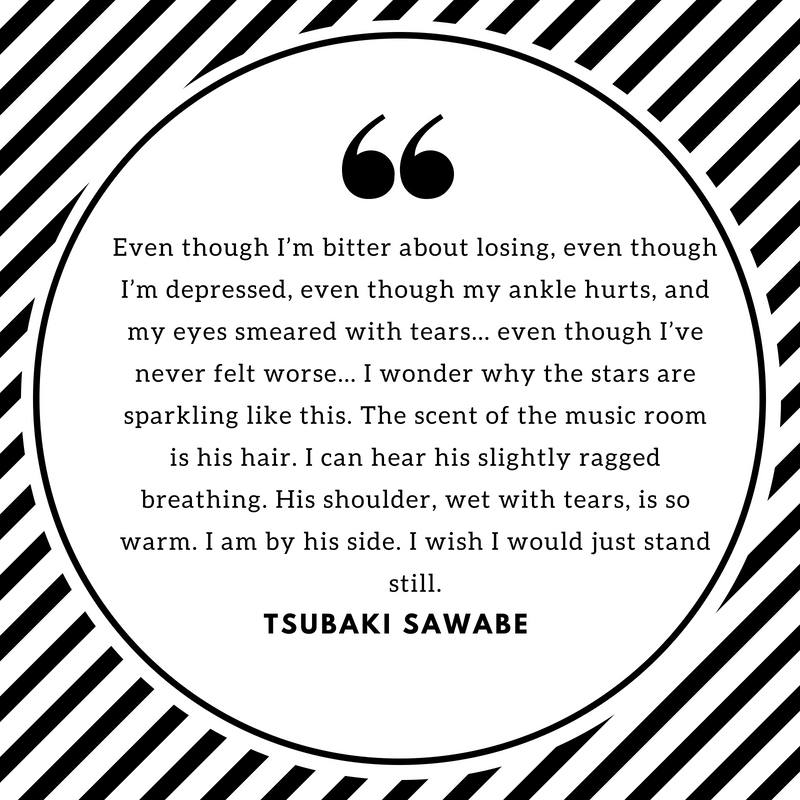 Even though I’m bitter about losing, even though I’m depressed, even though my ankle hurts, and my eyes smeared with tears… even though I’ve never felt worse… I wonder why the stars are sparkling like this. The scent of the music room is his hair. I can hear his slightly ragged breathing. His shoulder, wet with tears, is so warm. I am by his side. I wish I would just stand still. 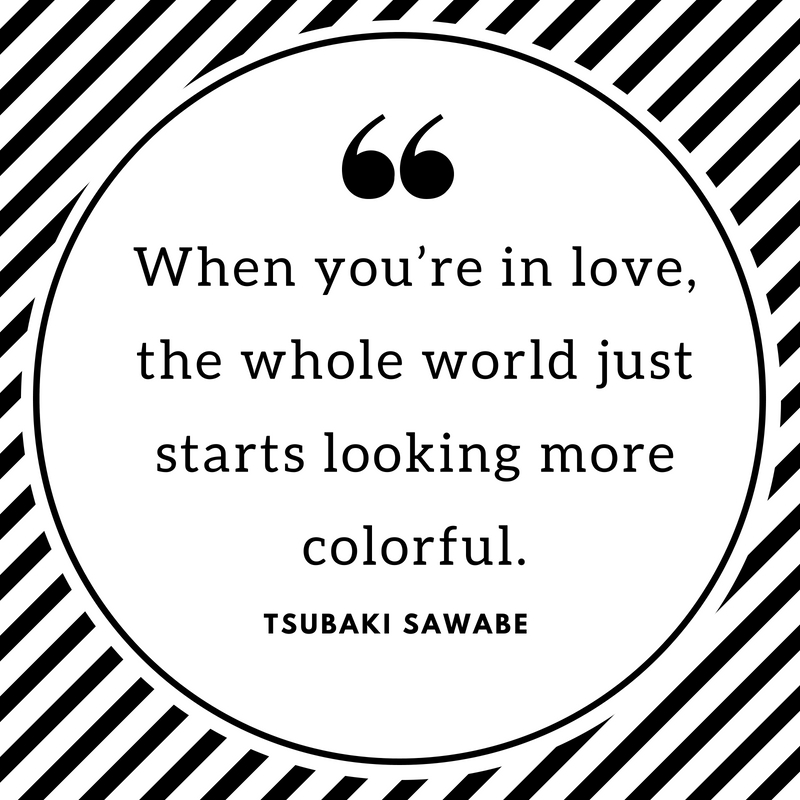 Are you a fan of Your Lie in April? Here are some of the touching quotes that your favorite characters said that will surely melt your hearts and make you watch the show again.