Wayne Douglas Gretzky, also known as Wayne Gretzky, is one of Canada’s greatest hockey players. He is called ‘The Great One’ because of his dedication and hard work. Sportswriters call him as the greatest hockey player because he is the leading scorer in NHL history. His size and speed were considered below average for NHL’s standards, that’s why he worked very hard to outsmart his opponents and anticipate their moves in order to score.

If you are a fan of Wayne Gretzky, you will certainly love these 10 inspirational Wayne Gretzky quotes that we have compiled. These quotes will let you glimpse on his mentality and how he applies what he learned about hockey in his very own life. 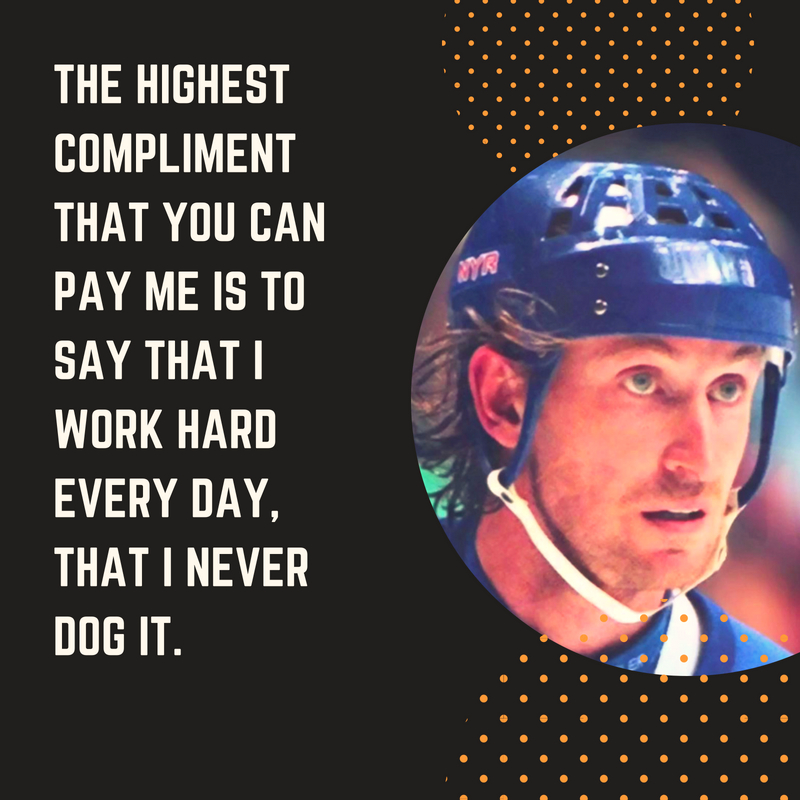 The highest compliment that you can pay me is to say that I work hard every day, that I never dog it. 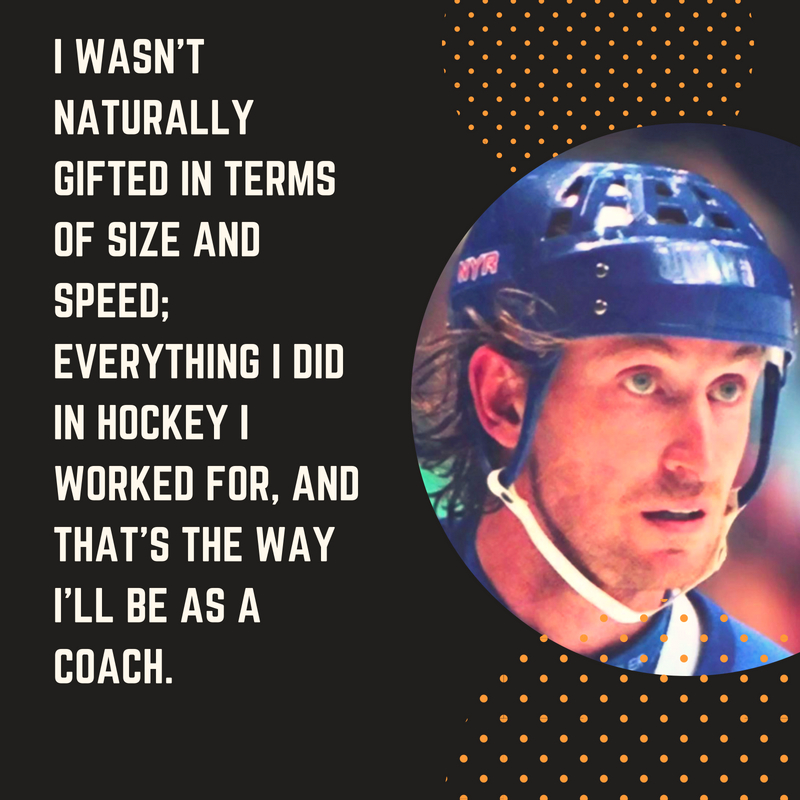 I wasn’t naturally gifted in terms of size and speed; everything I did in hockey I worked for, and that’s the way I’ll be as a coach.

I’m not a big risk-taker. I stay away from things I don’t know anything about. 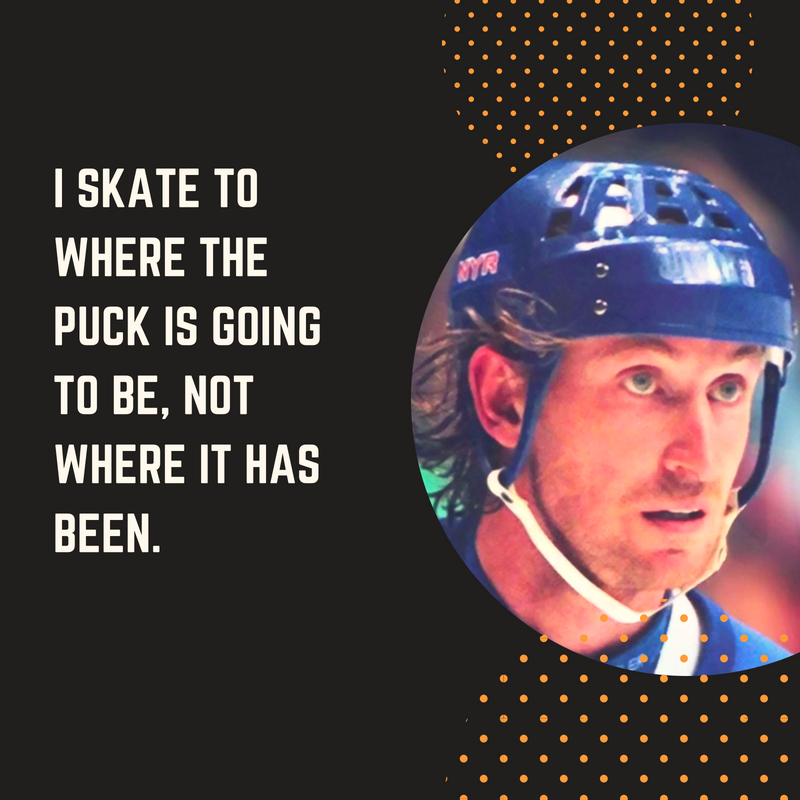 I skate to where the puck is going to be, not where it has been. 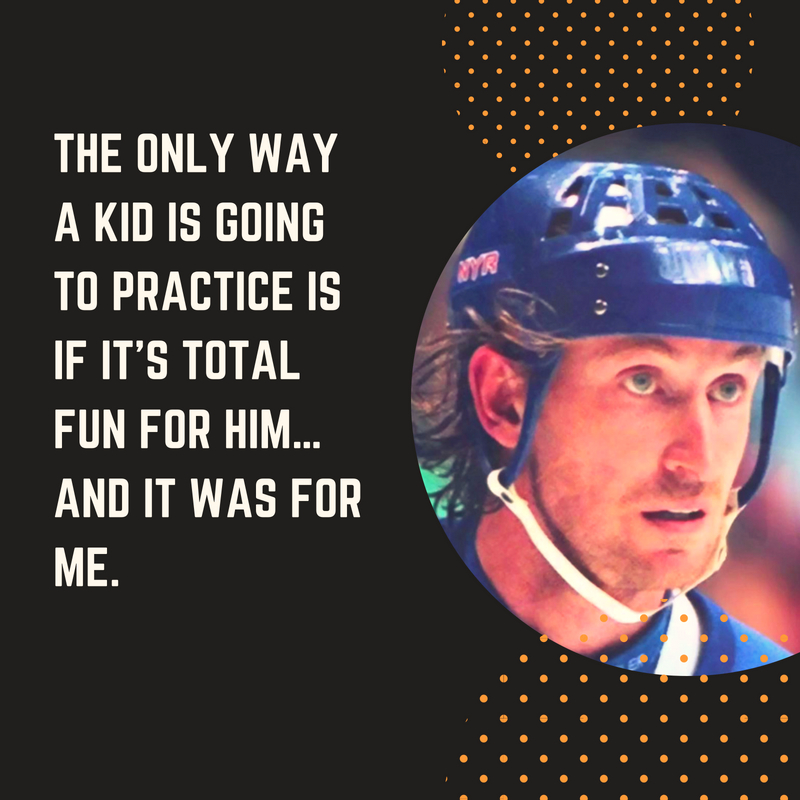 The only way a kid is going to practice is if it’s total fun for him… and it was for me. 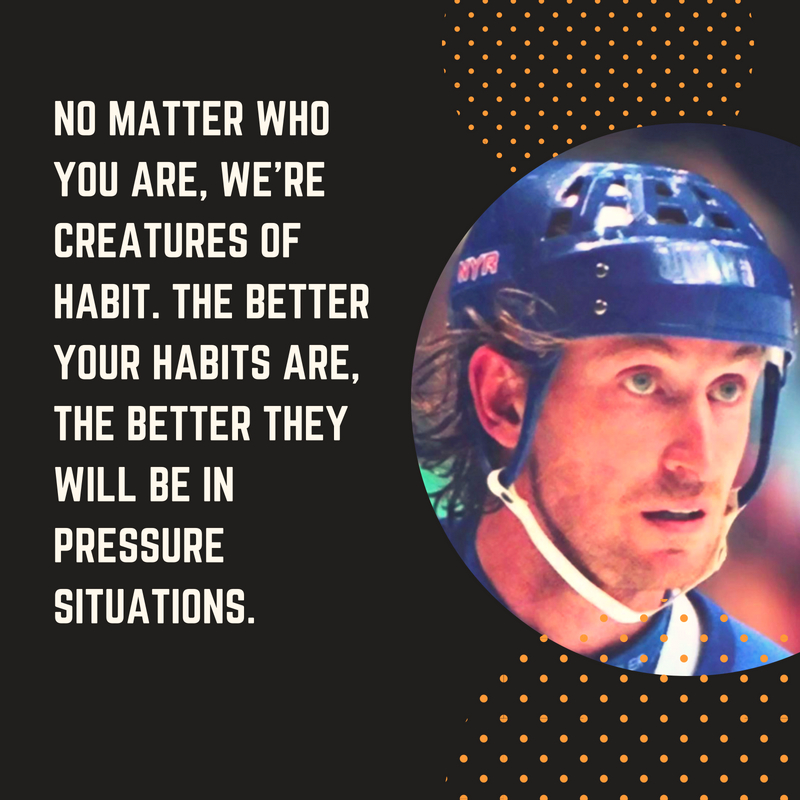 No matter who you are, we’re creatures of habit. The better your habits are, the better they will be in pressure situations. 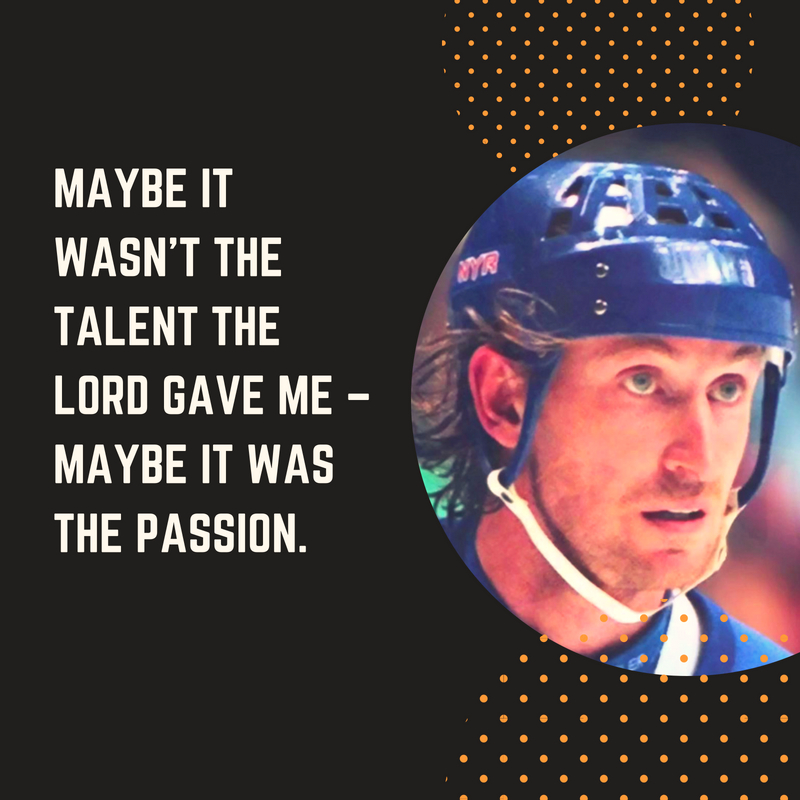 Maybe it wasn’t the talent the Lord gave me – maybe it was the passion. 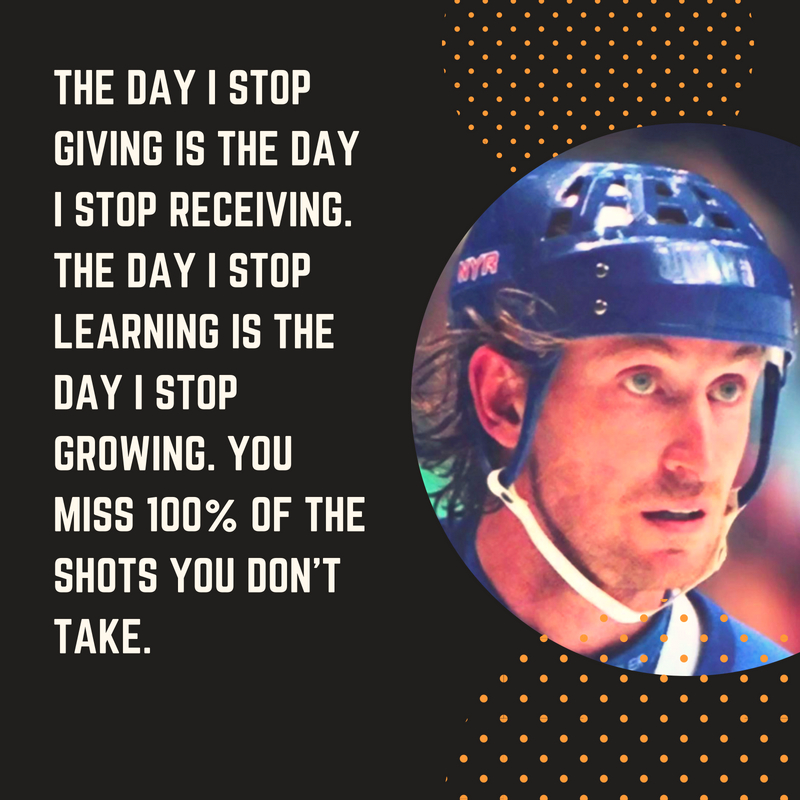 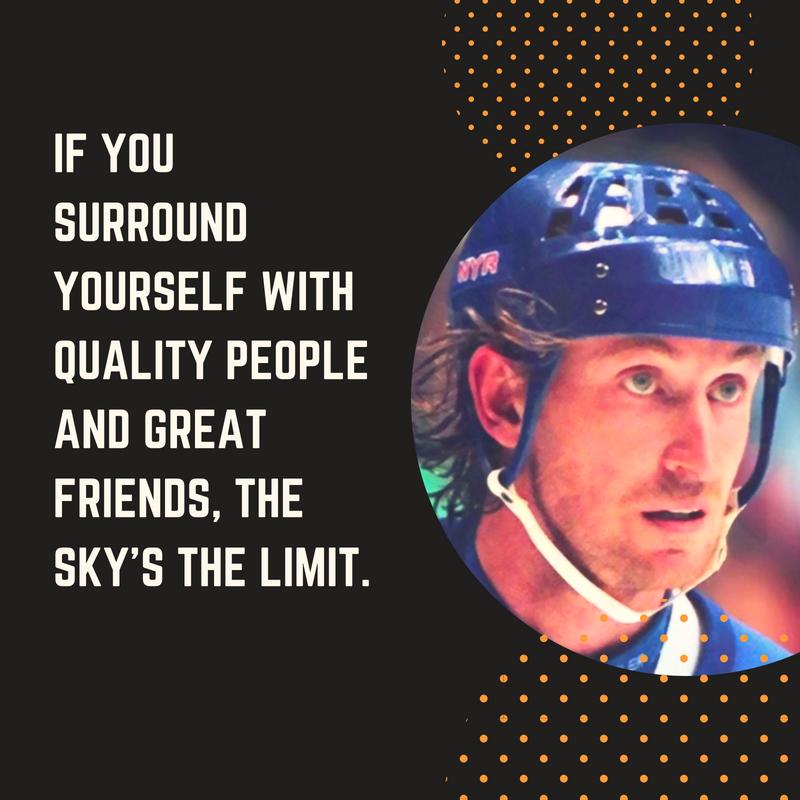 If you surround yourself with quality people and great friends, the sky’s the limit. 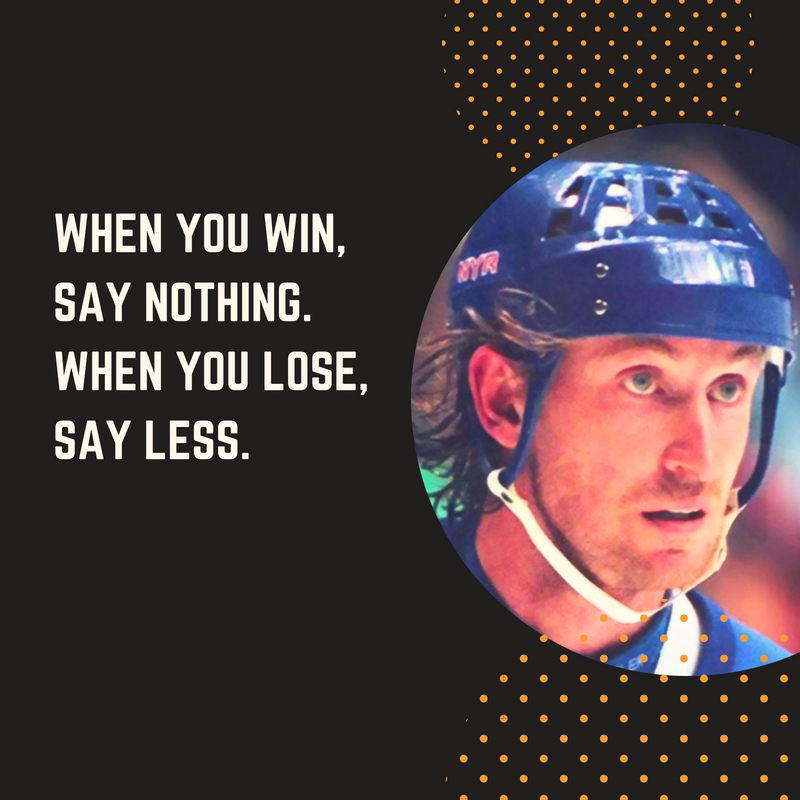 When you win, say nothing. When you lose, say less.

Do you need some inspiration in your life right now? Take it from Wayne Gretzky – Canada’s greatest hockey player who considers himself a normal player who achieved his current status through hard work and dedication. If you feel like you’re ready to give up, just read these great Wayne Gretzky quotes and we’re sure that these will renew your passion.