Vegeta is a fictional character from the famous anime and manga series Dragon Ball Z. He calls himself “The Prince of all Saiyans.” When he was first introduced in the series, Vegeta was an antagonist bent on conquering the Earth in order to collect the mystical Dragon Balls. Together with his sidekick Nappa, Vegeta fought the Z Warriors while waiting for Kakarot to arrive. The showdown between him and Son Goku is considered as one of the greatest fights in anime. Vegeta may have lost that battle but he was able to develop a rivalry between him and Son Goku.

If you consider Vegeta as your favorite Dragon Ball Z character, you will surely love these quotes that we have compiled for you! 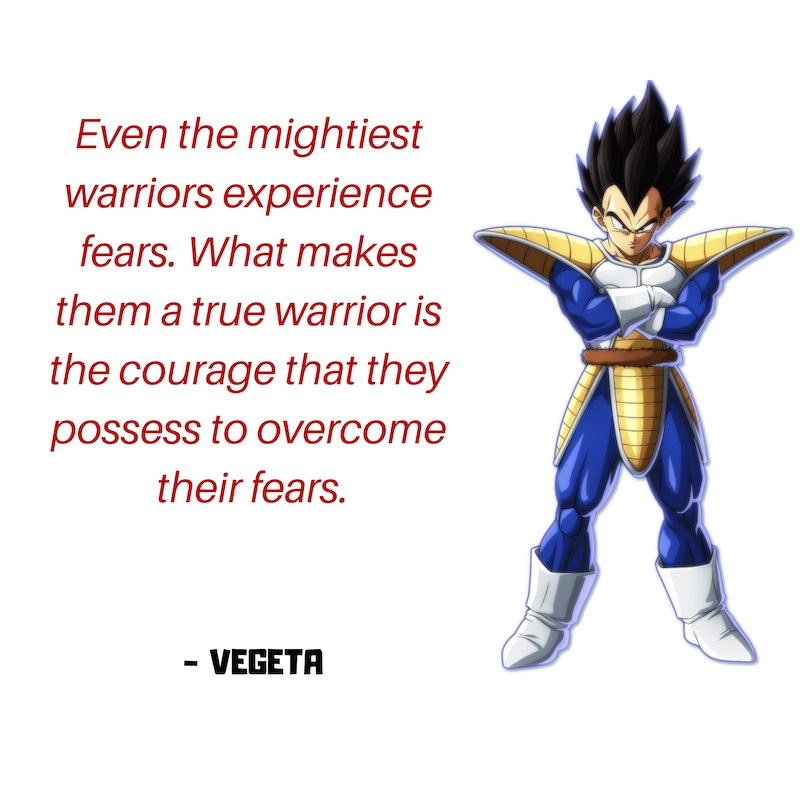 Even the mightiest warriors experience fears. What makes them a true warrior is the courage that they possess to overcome their fears. 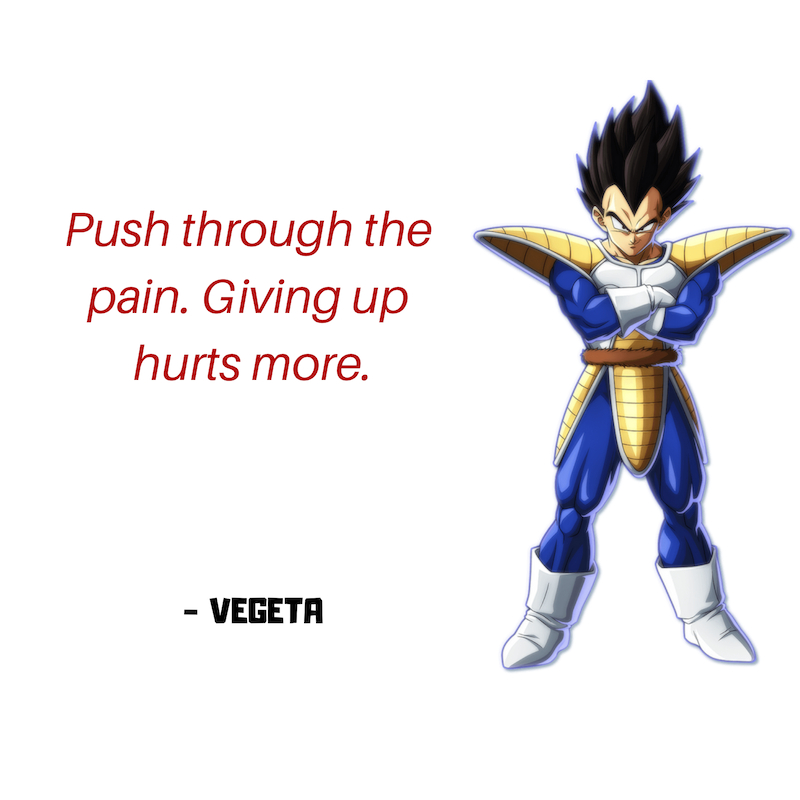 Push through the pain. Giving up hurts more. 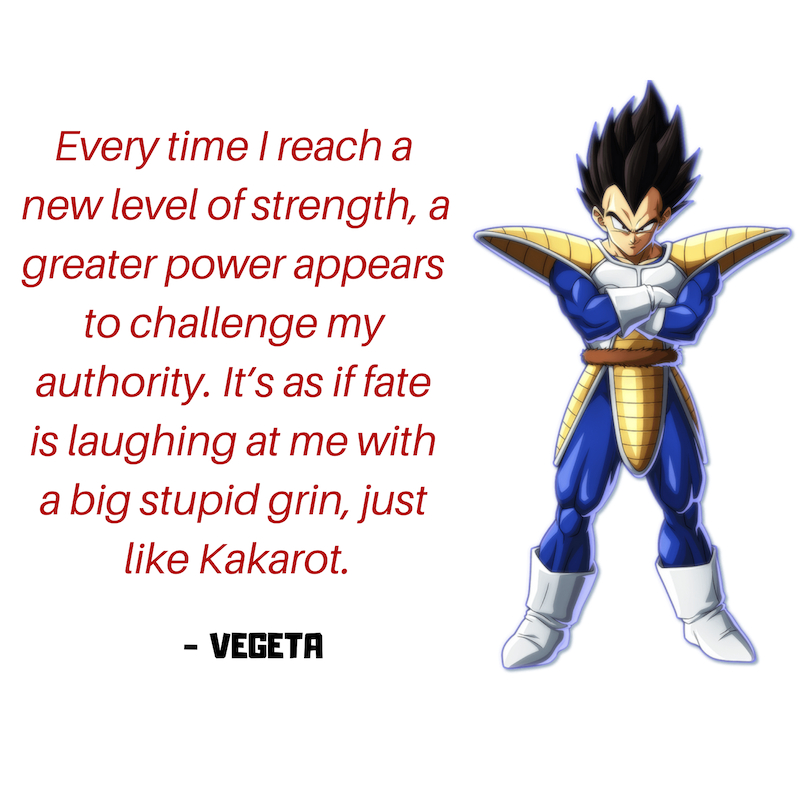 Every time I reach a new level of strength, a greater power appears to challenge my authority. It’s as if fate is laughing at me with a big stupid grin, just like Kakarot. 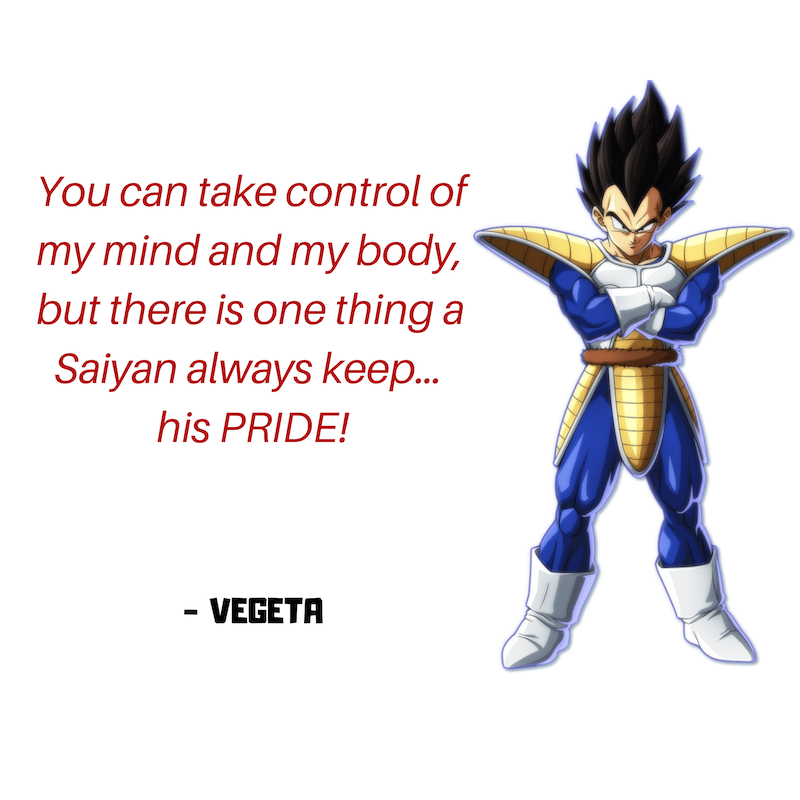 You can take control of my mind and my body, but there is one thing a Saiyan always keep… his PRIDE! 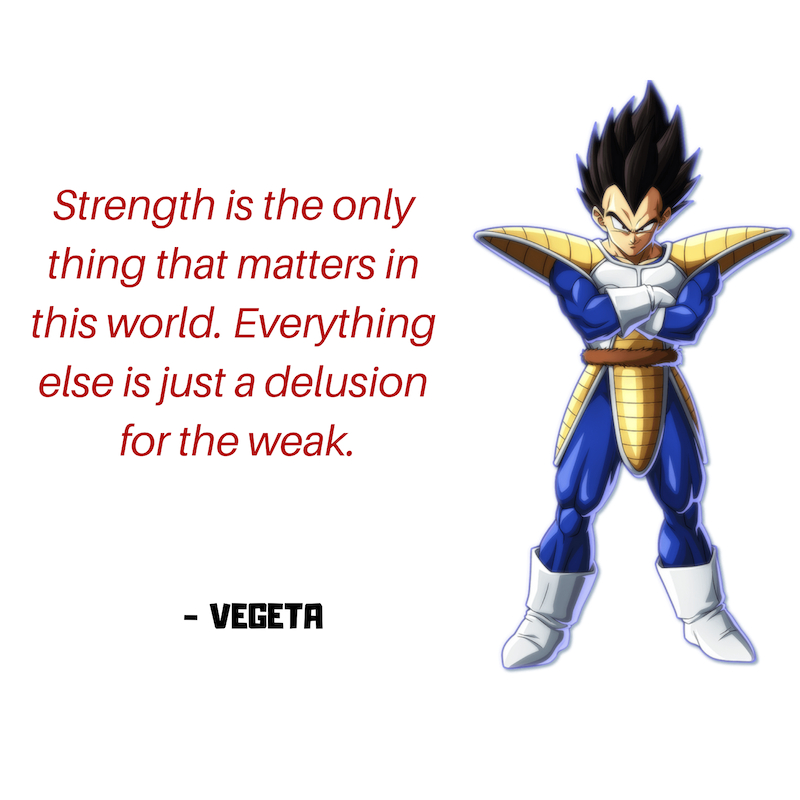 Strength is the only thing that matters in this world. Everything else is just a delusion for the weak. 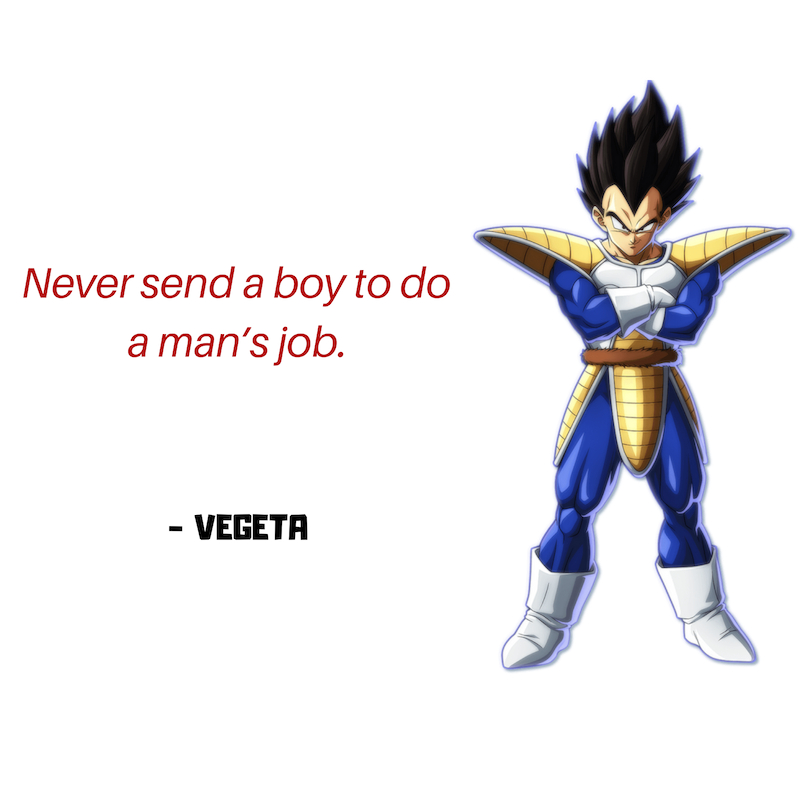 Never send a boy to do a man’s job. 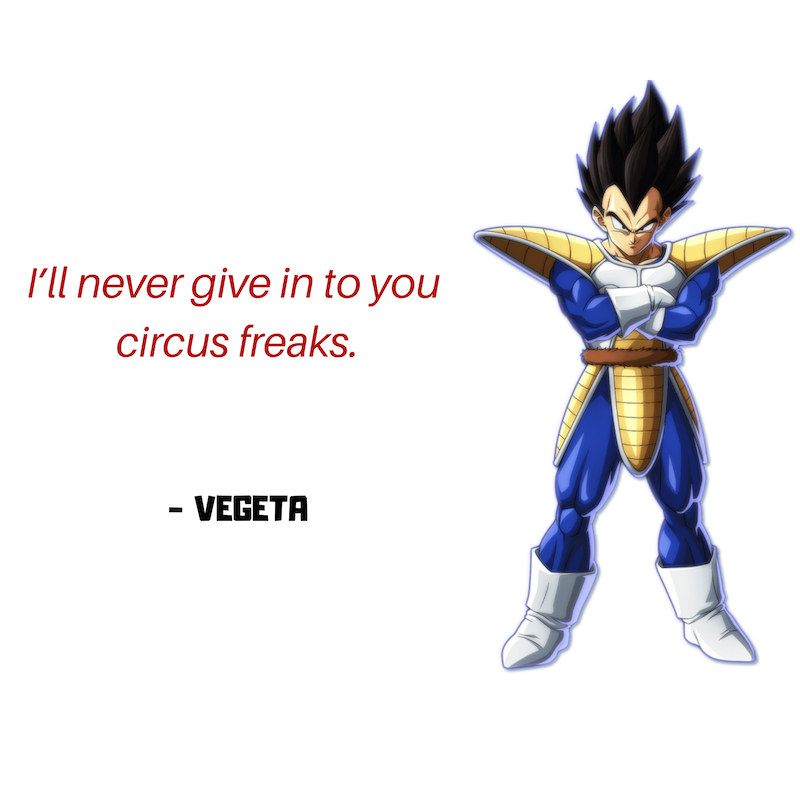 I’ll never give in to you circus freaks. 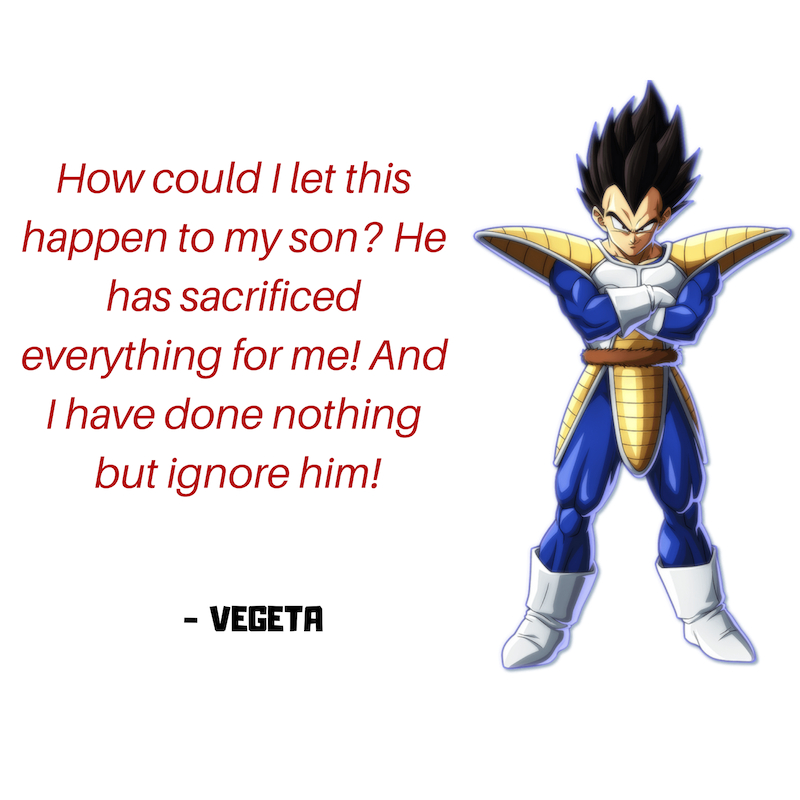 How could I let this happen to my son? He has sacrificed everything for me! And I have done nothing but ignore him! 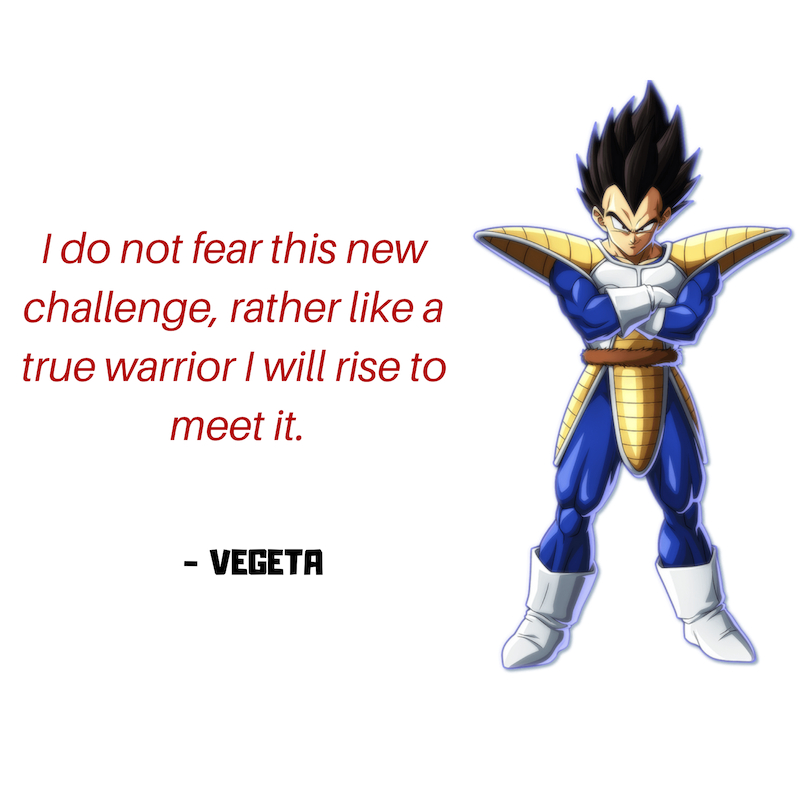 I do not fear this new challenge, rather like a true warrior I will rise to meet it. 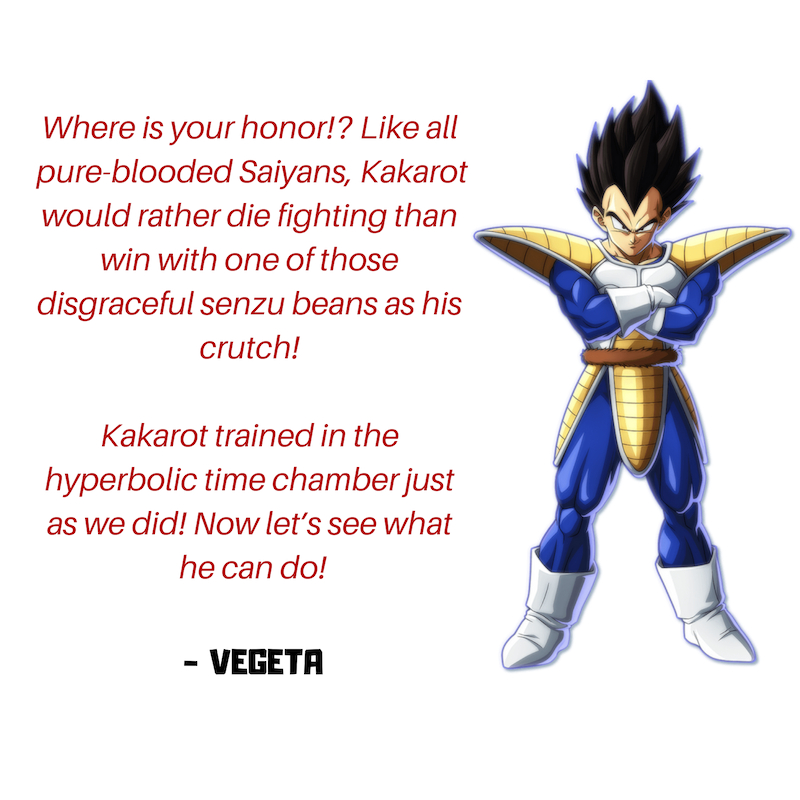 Where is your honor!? Like all pure-blooded Saiyans, Kakarot would rather die fighting than win with one of those disgraceful senzu beans as his crutch! Kakarot trained in the hyperbolic time chamber just as we did! Now let’s see what he can do!

Is Vegeta your favorite Dragon Ball Z character? We have prepared the best Vegeta quotes for you to enjoy while reading the Dragon Ball Z manga or watching the anime again!