Known as the famous rapper and father of his newborn baby girl Stormi, Travis Scott continuously sends new waves in the rap era. Real name Jacques Berman Webster II, he has been around the hip-hop scene for some time and has already made his stardom in his career as a rapper. Besides, his dedication to music proves him to be a promising rapper that will continue to be around the rap arena. With his fresh and charging lyrical content, he is more than just what the mainstream media paints him to be. Here are a few of his quotes that make Travis Scott a name in the rap industry. 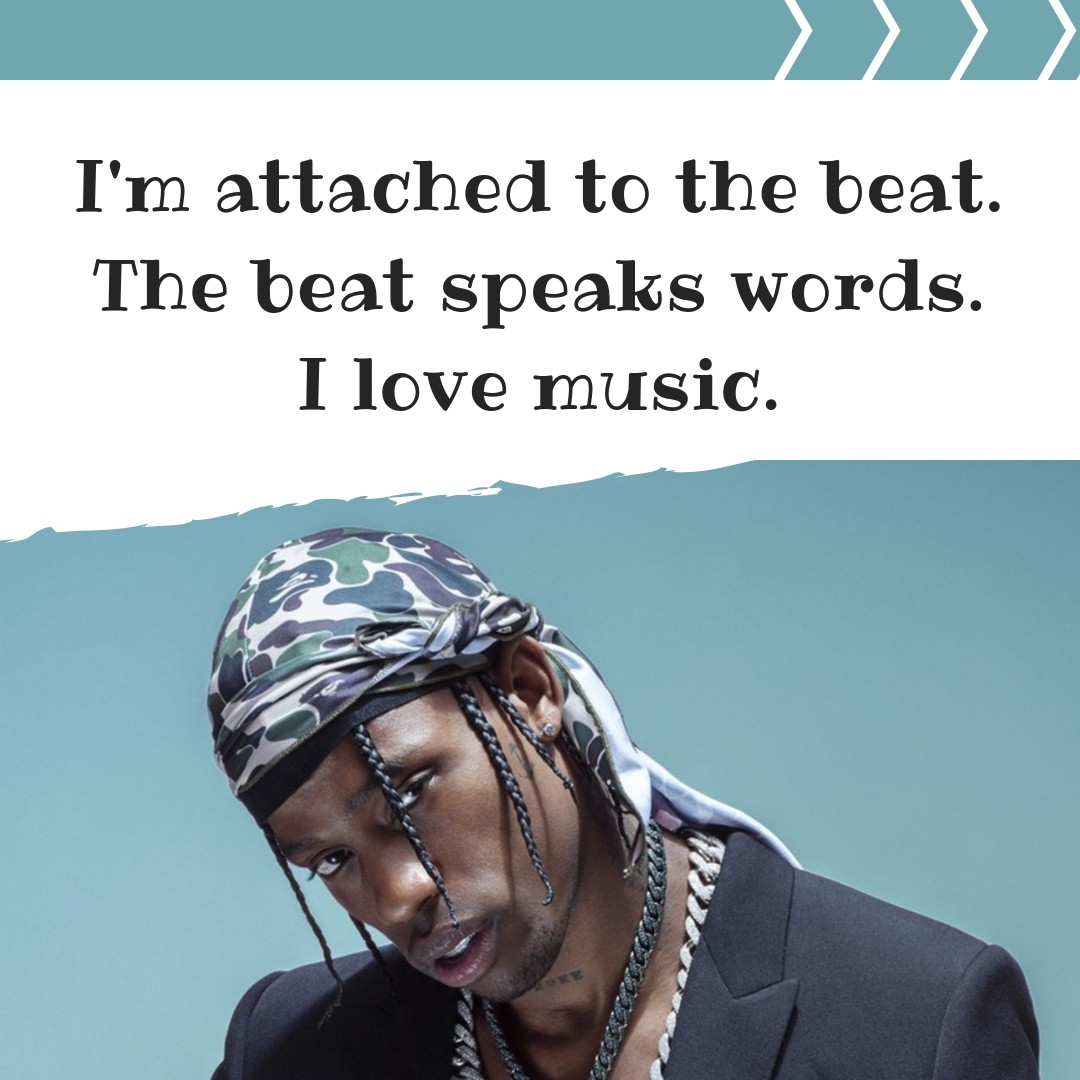 I’m attached to the beat. The beat speaks words. I love music. 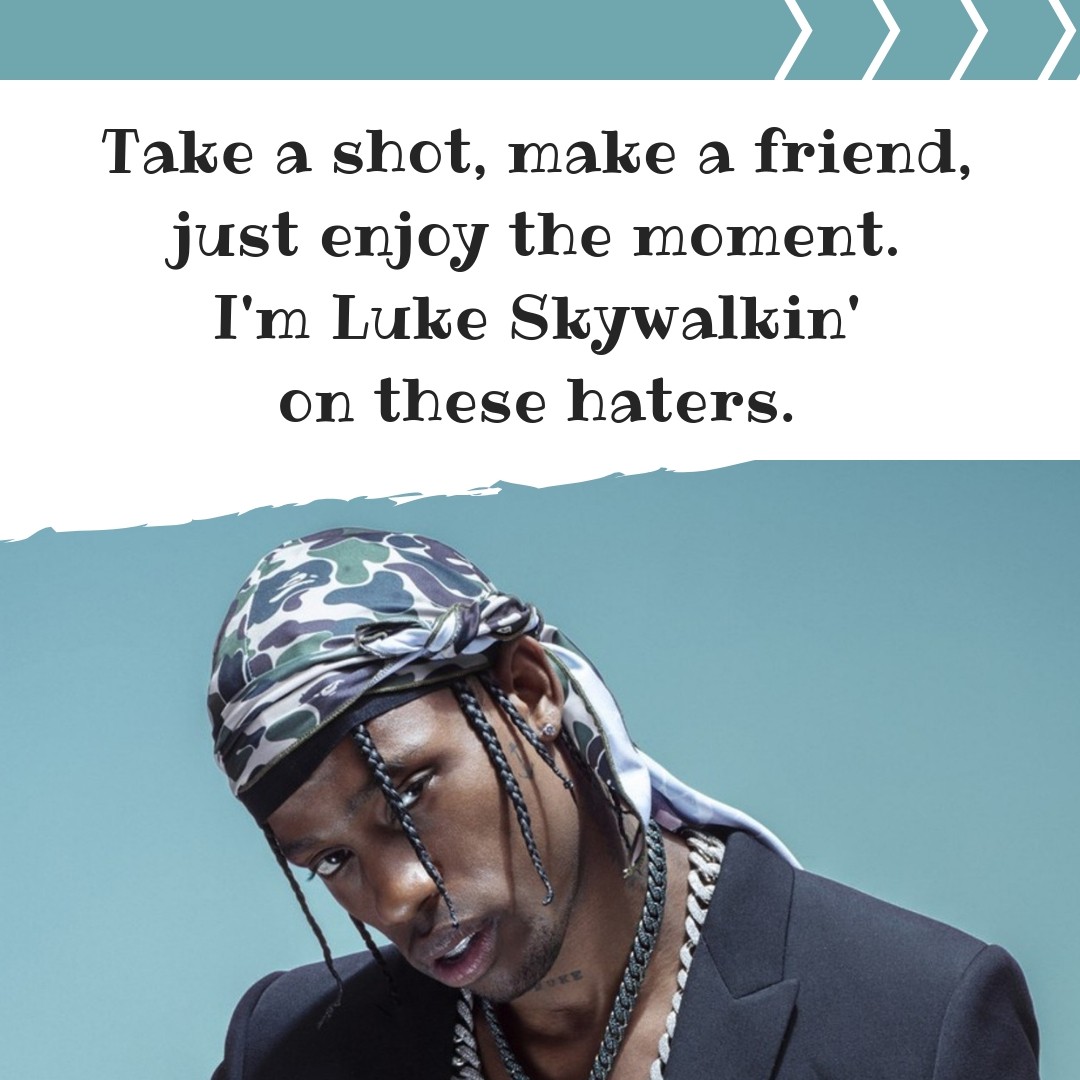 Take a shot, make a friend, just enjoy the moment. I’m Luke Skywalkin’ on these haters 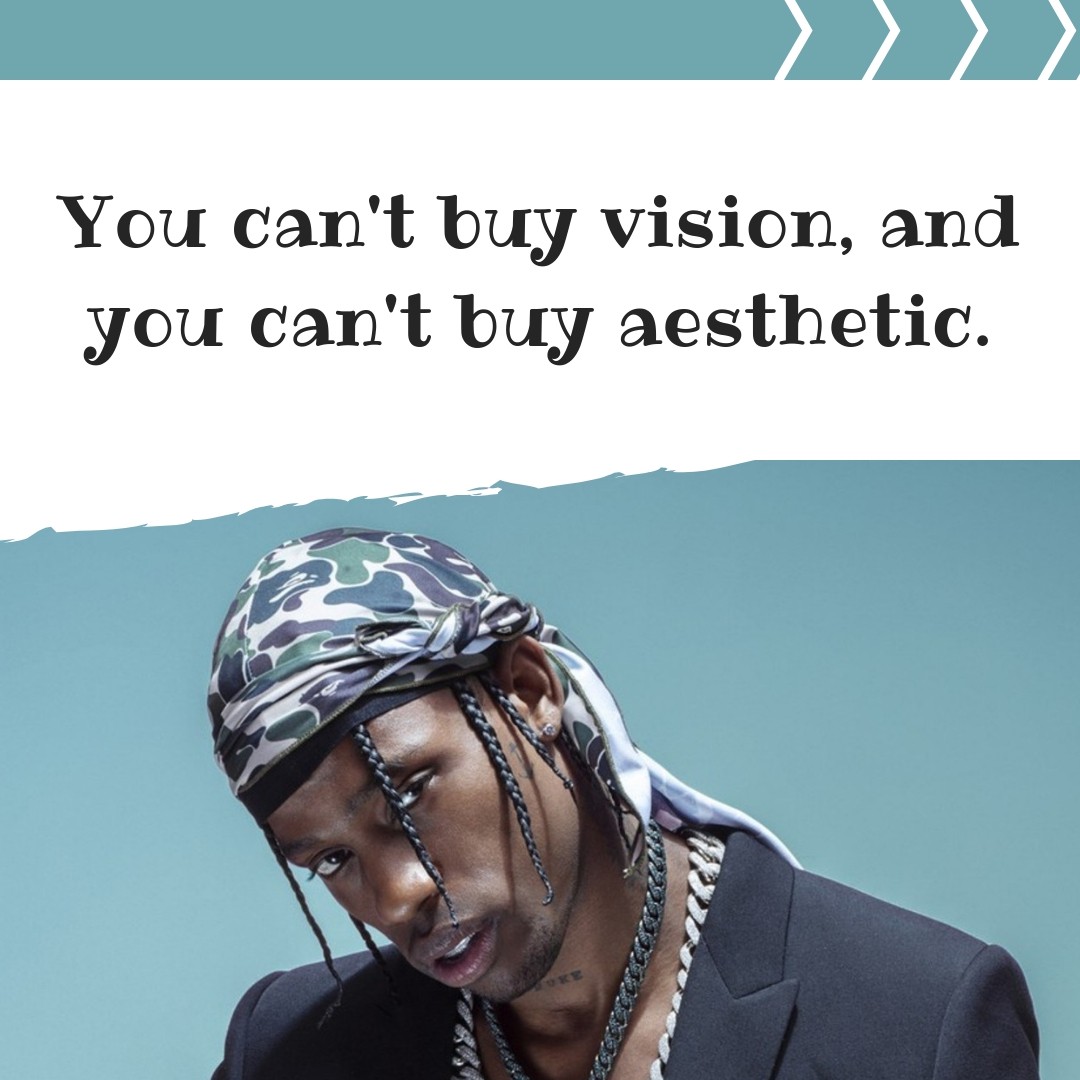 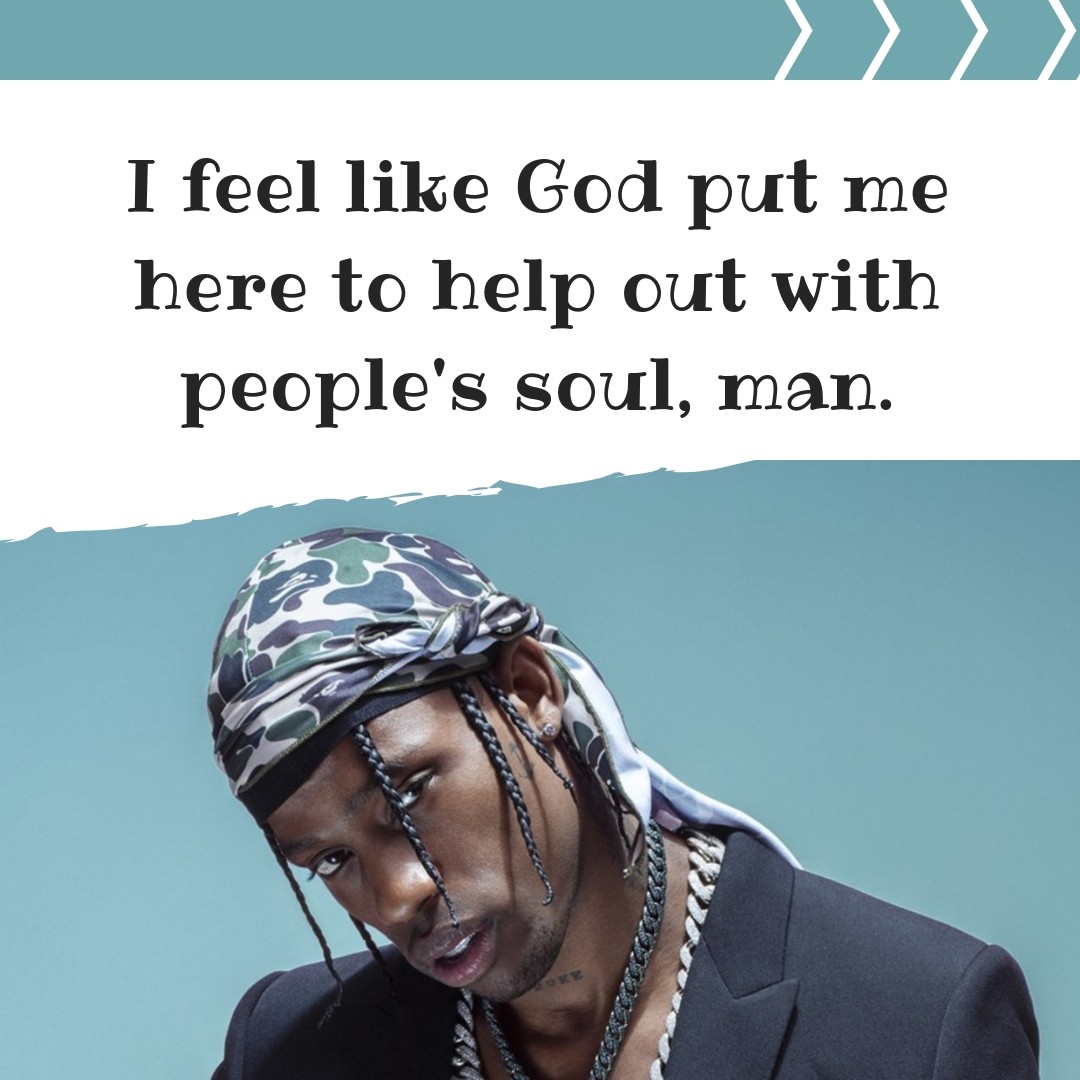 I feel like God put me here to help out with people’s soul, man. 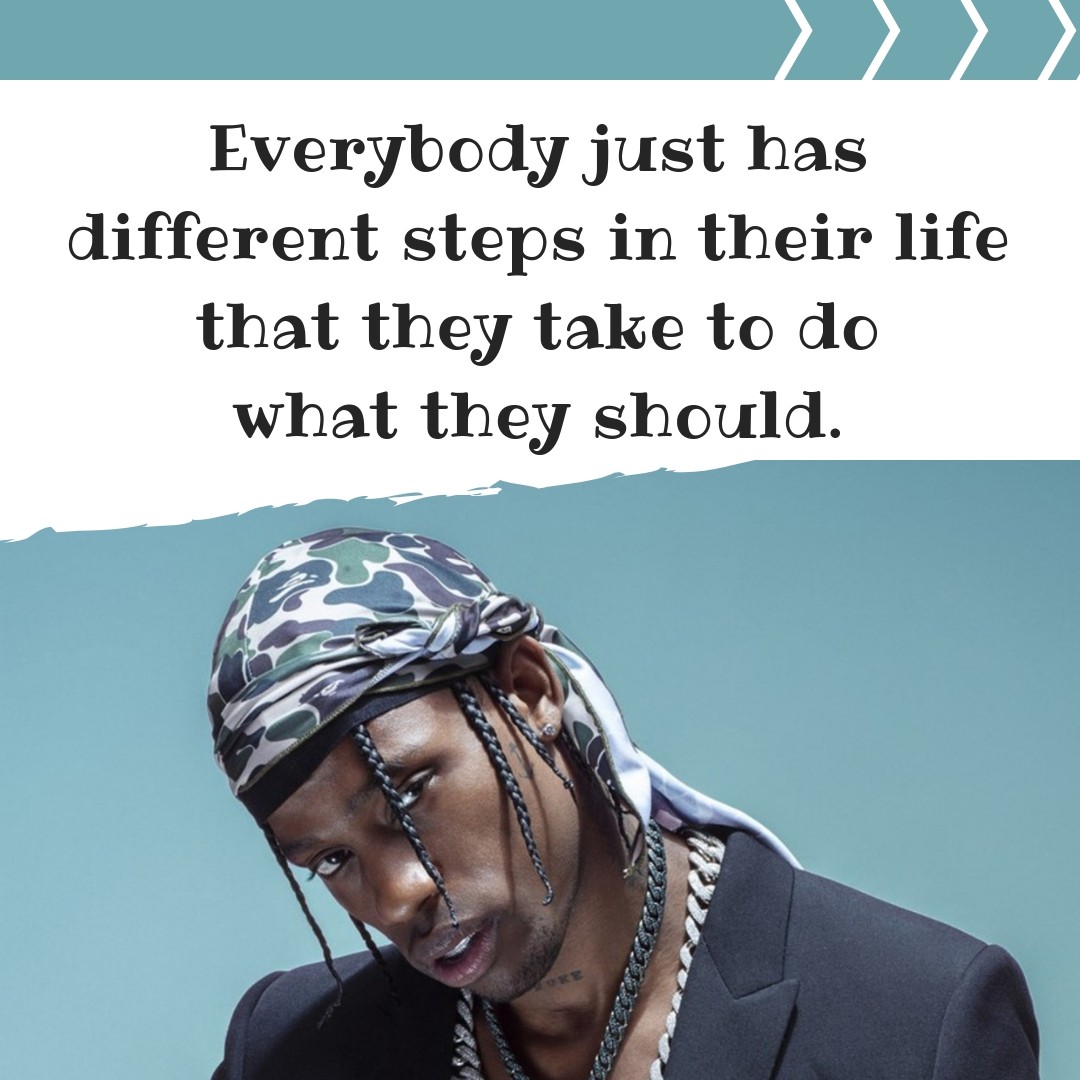 Everybody just has different steps in their life that they take to do what they should.

I don’t need a stage to perform. We just need something to stand on. 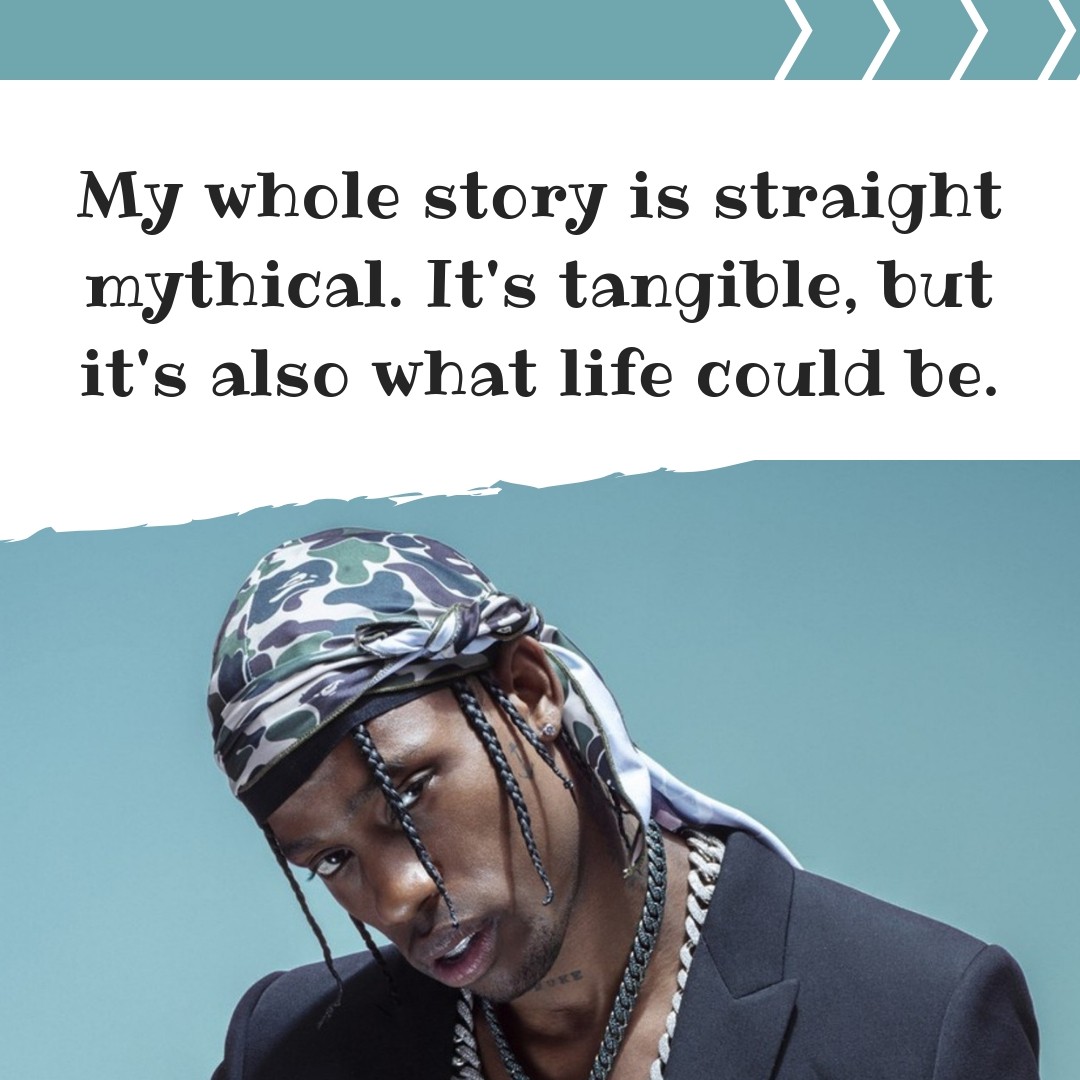 My whole story is straight mythical. It’s tangible, but it’s also what life could be. 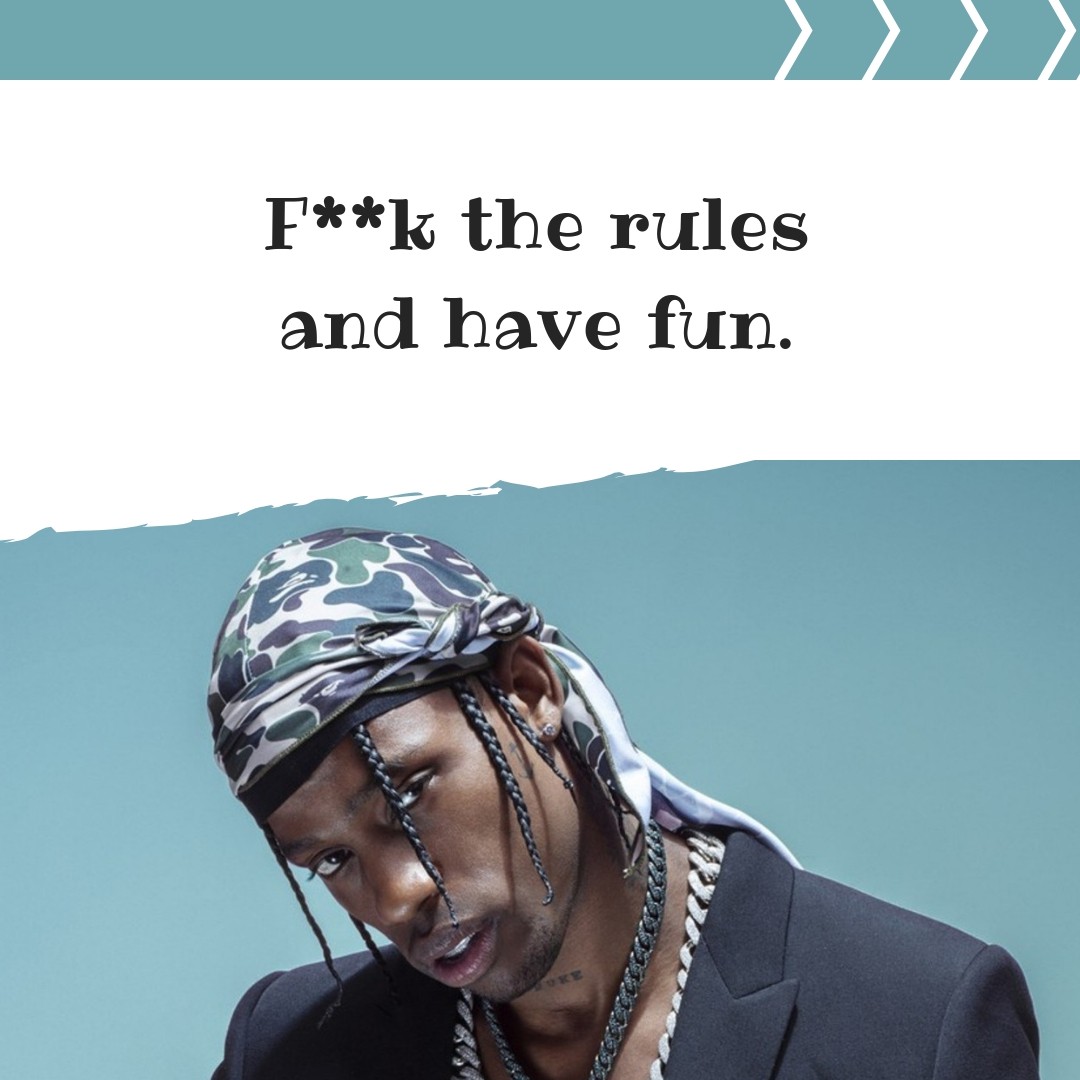 F**k the rules and have fun. 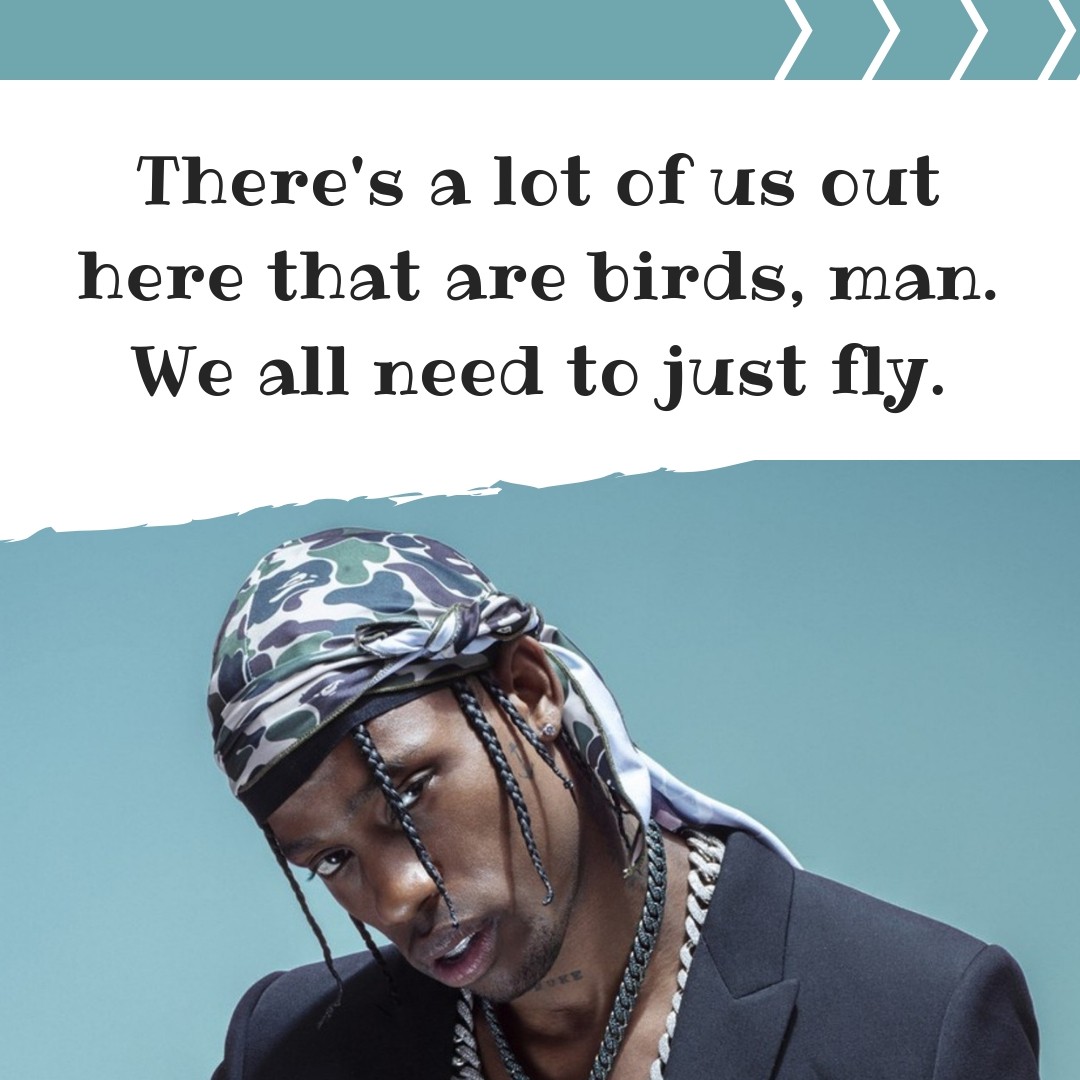 There’s a lot of us out here that are birds, man. We all need to just fly. 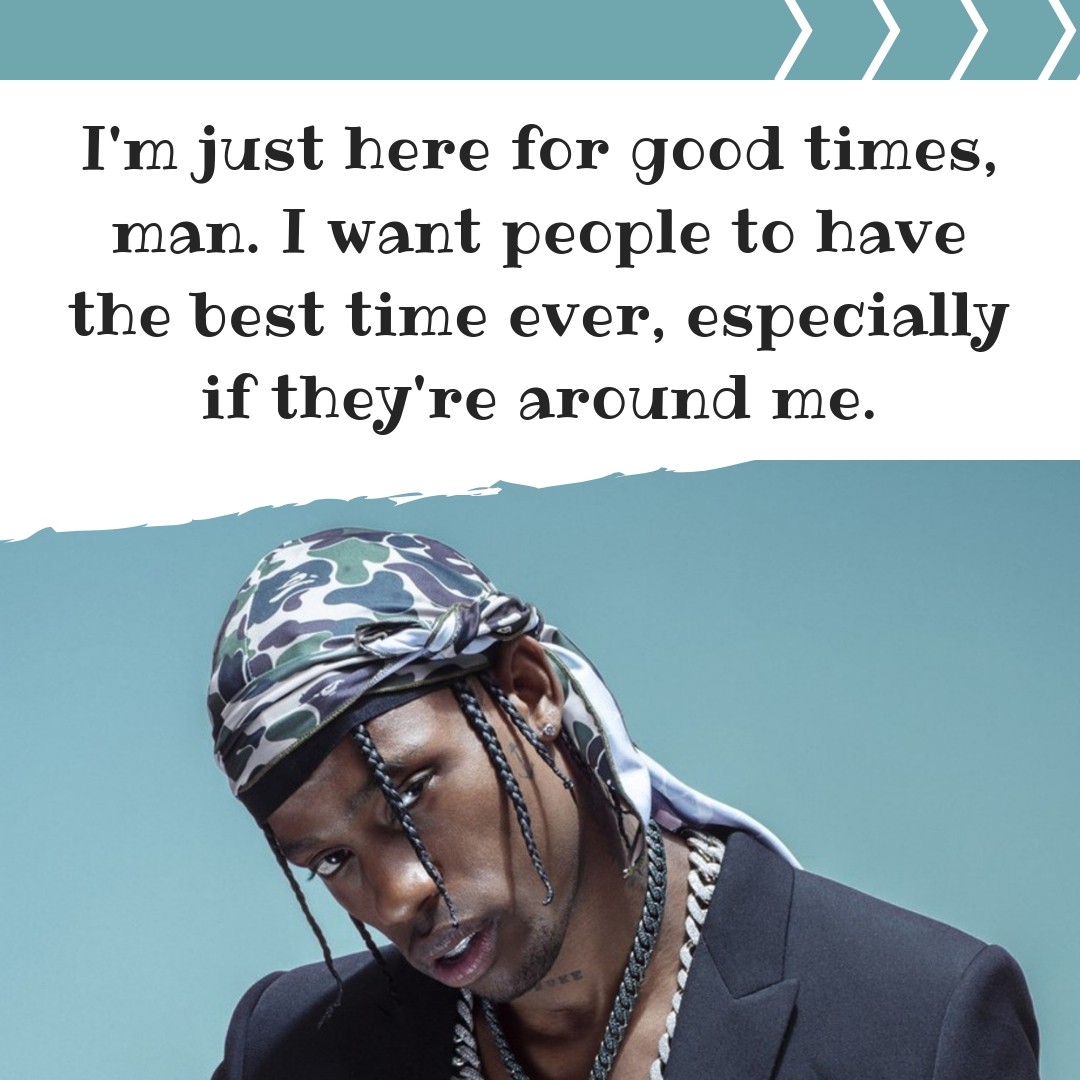 I’m just here for good times, man. I want people to have the best time ever, especially if they’re around me.

Not to discredit his past tracks that also hit the charts, his famous record of the year Astroworld proves his capacity as an overall artist. But like anybody else in the rap game, he’s still got a lot to prove, since he’s got a lot of talent to drop as well. Coming off as shy and down-to-earth in his many interviews, Travis is rather explosive when performing. His music throbs in the rap world and is evident in his lines.