First released on NBC in 2016, This Is Us became a hit American drama TV series. After its premiere, the show was critically recognized, consequently gaining numerous nominations from Golden Globes, Critics’ Choice Awards, and American Film Institute. Created by Dan Fogelman, the series is on its 3rd season, with casts like Milo Ventimiglia, Mandy Moore, Sterling Brown, Chrissy Metz, Justin Hartley and more. If you are hooked to the series, let’s recall some of the most unforgettable quotes from the show that will certainly give you the feels and will make you watch the series all over again. 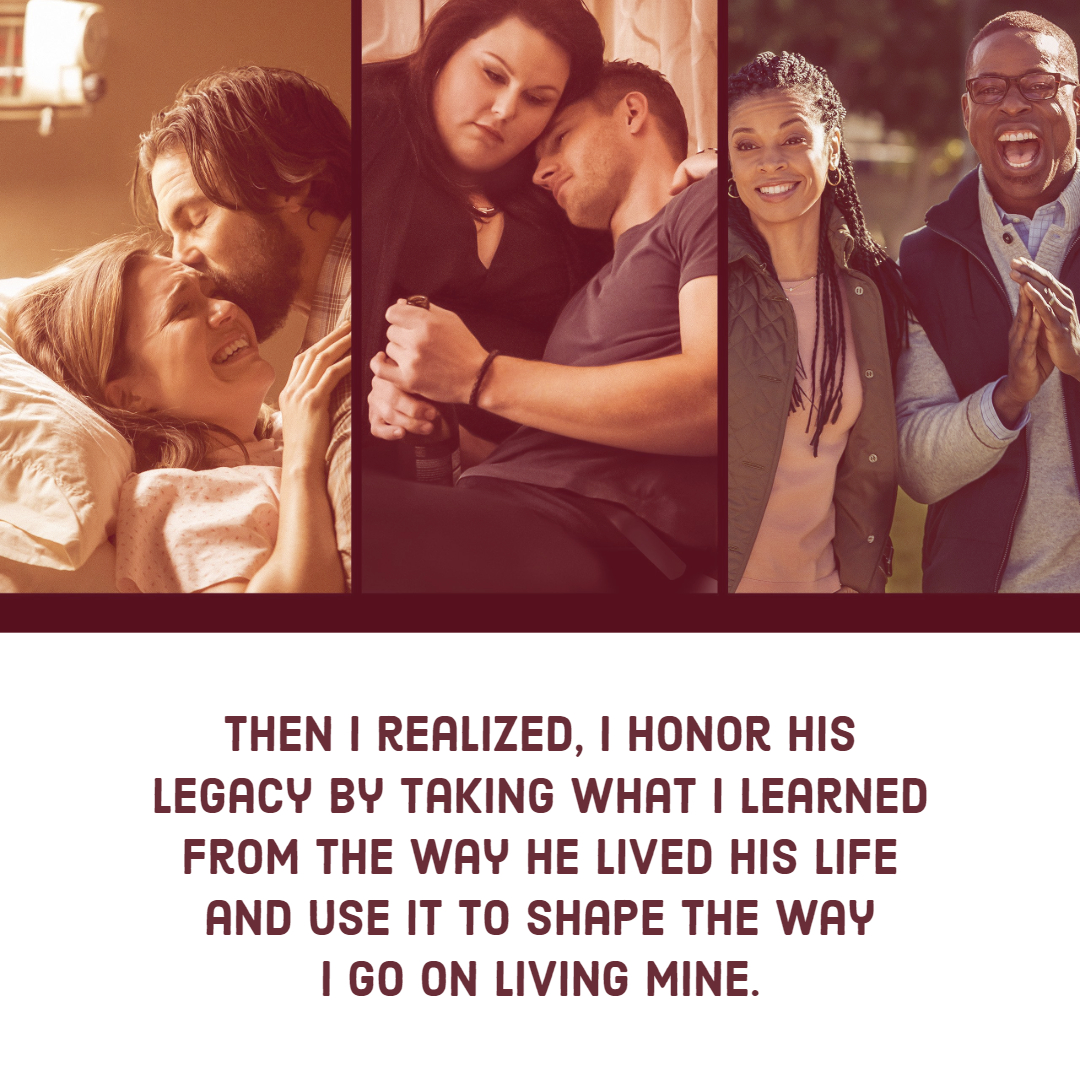 Then I realized, I honor his legacy by taking what I learned from the way he lived his life and use it to shape the way I go on living mine. 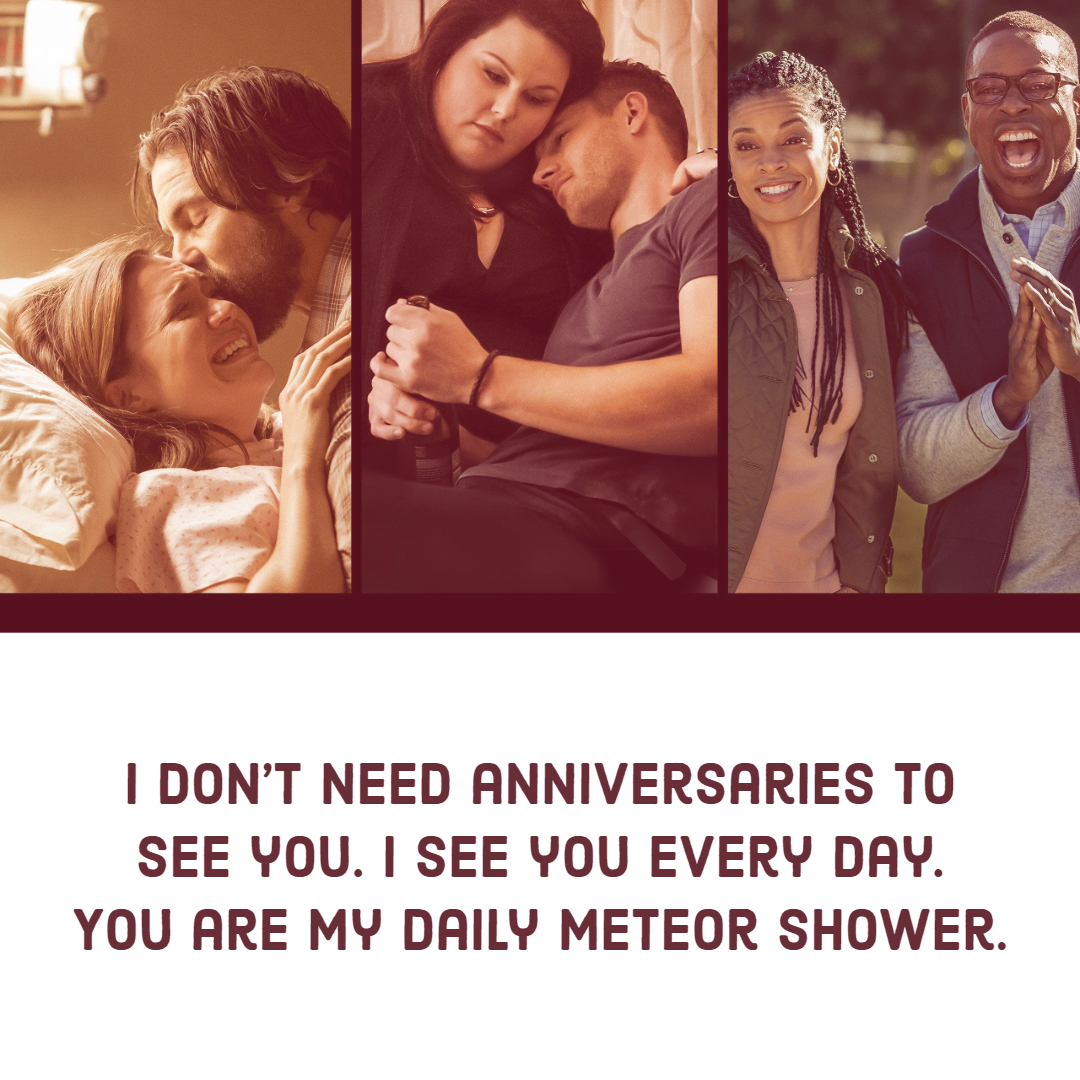 I don’t need anniversaries to see you. I see you every day. You are my daily meteor shower. 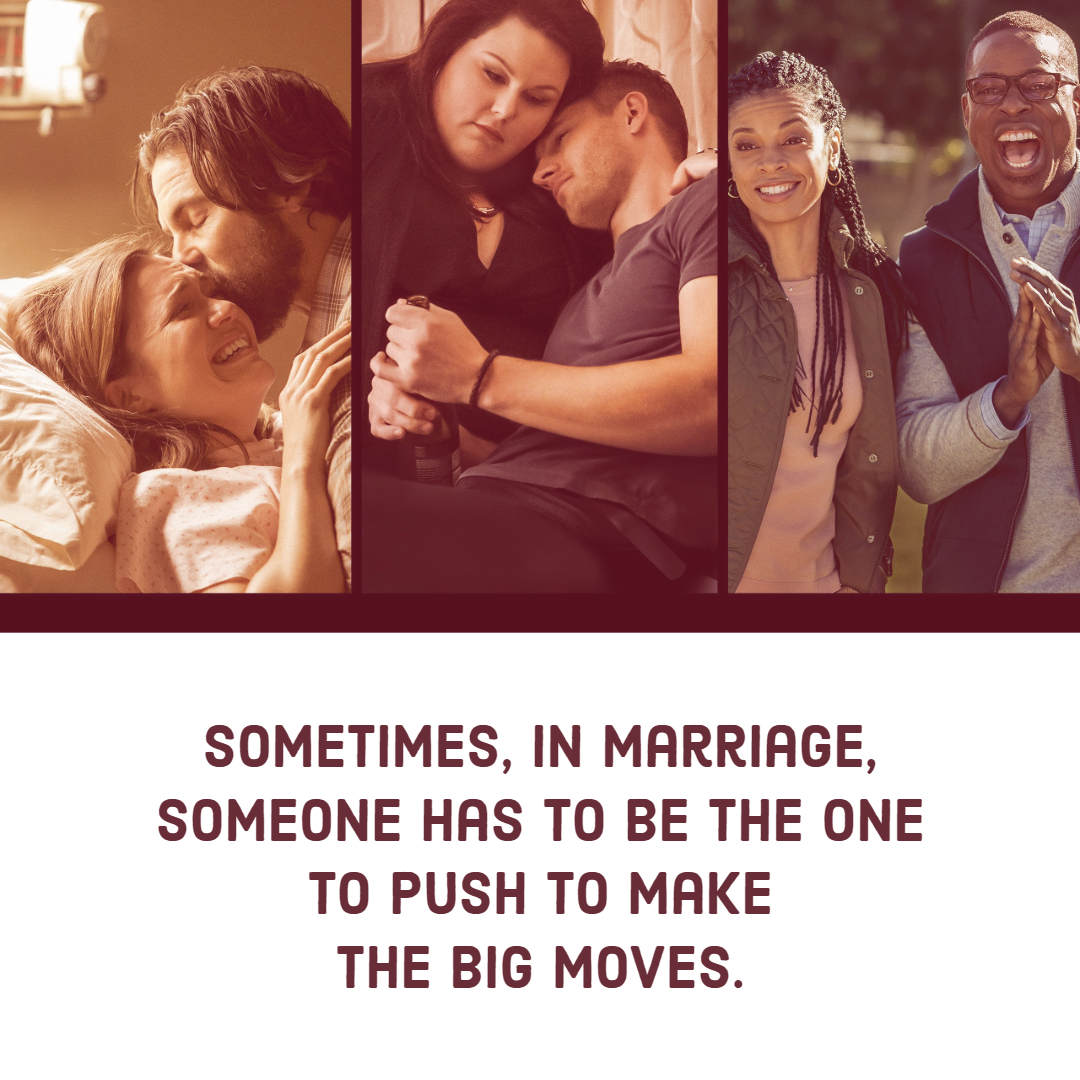 Sometimes, in marriage, someone has to be the one to push to make the big moves. 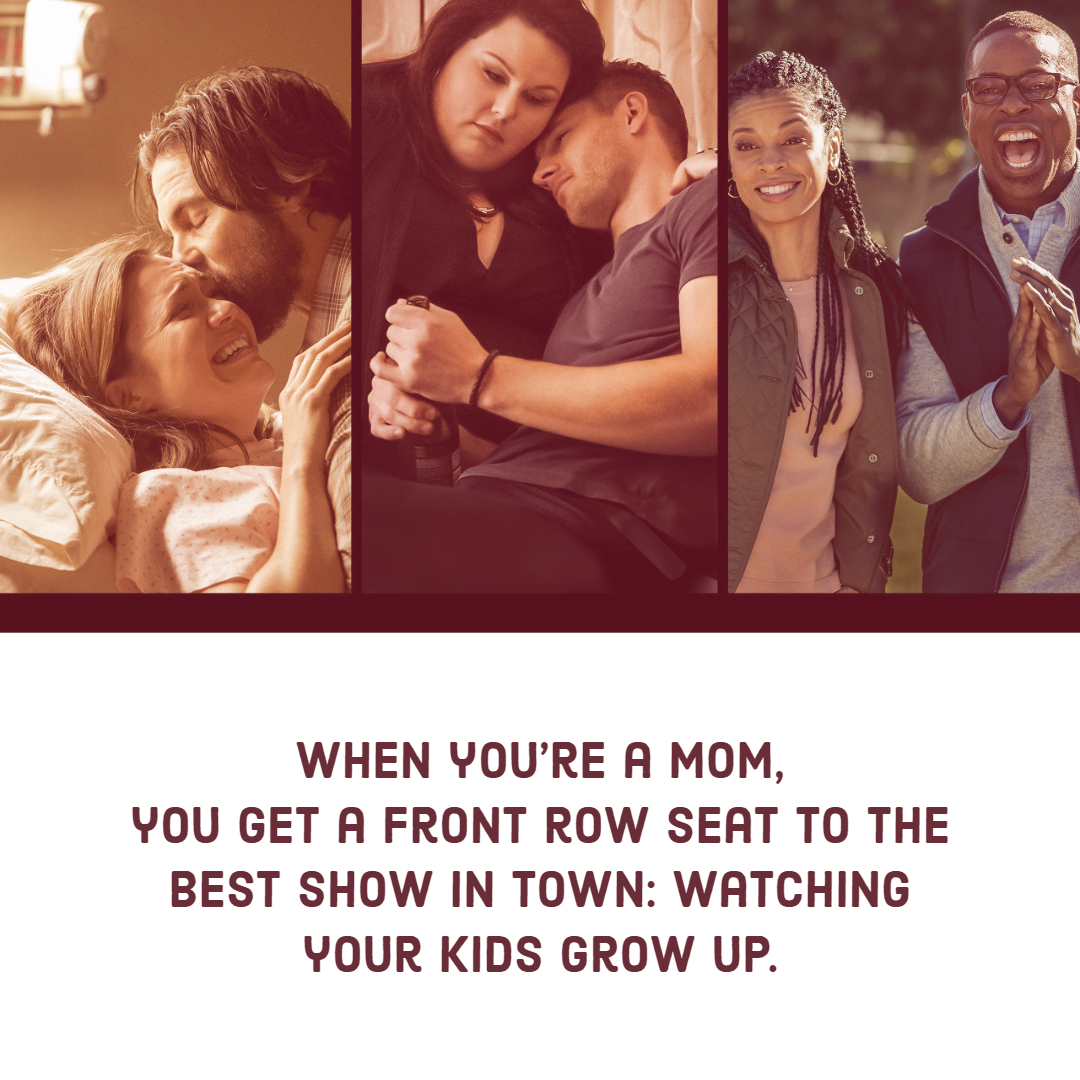 When you’re a mom, you get a front row seat to the best show in town: watching your kids grow up. 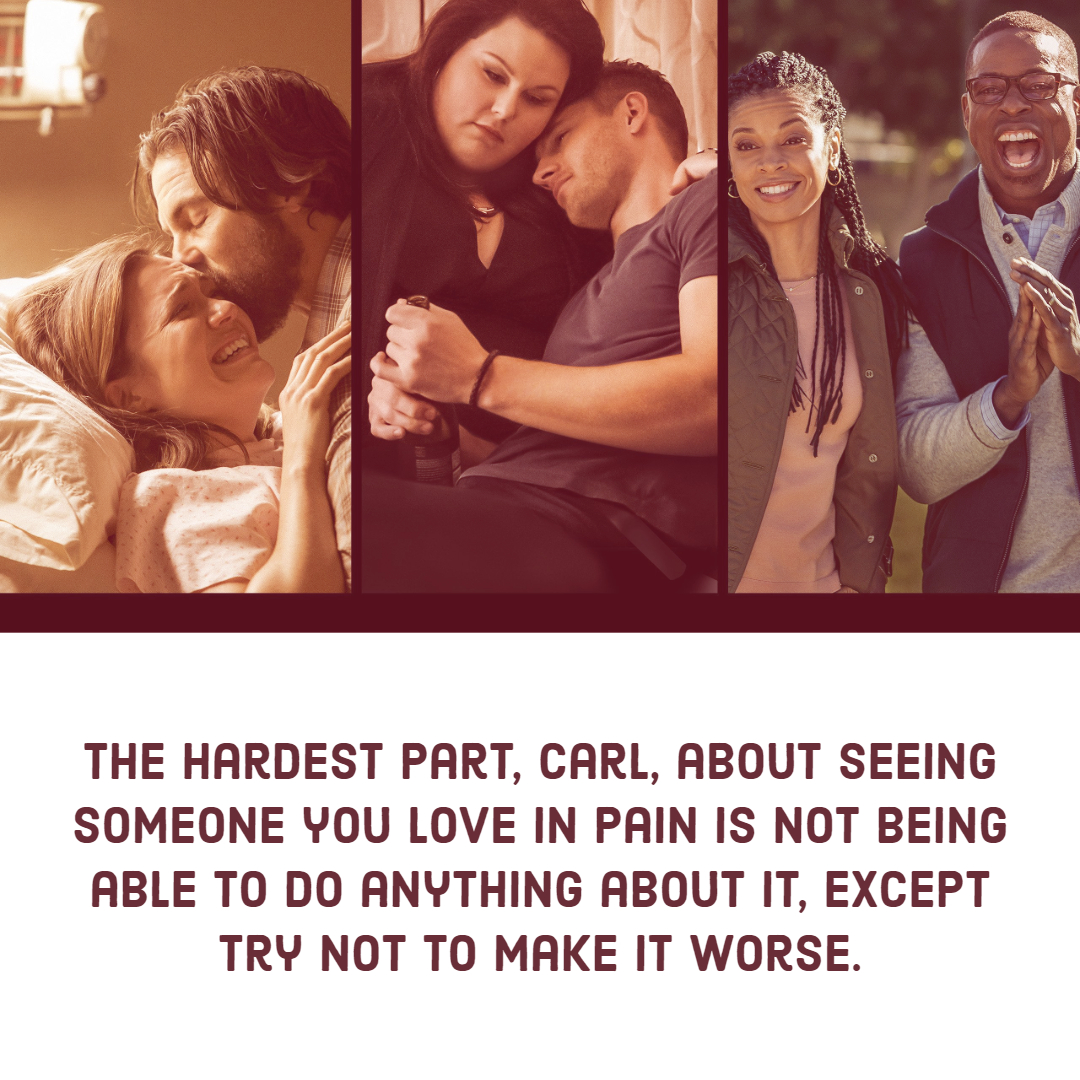 The hardest part, Carl, about seeing someone you love in pain is not being able to do anything about it, except try not to make it worse. 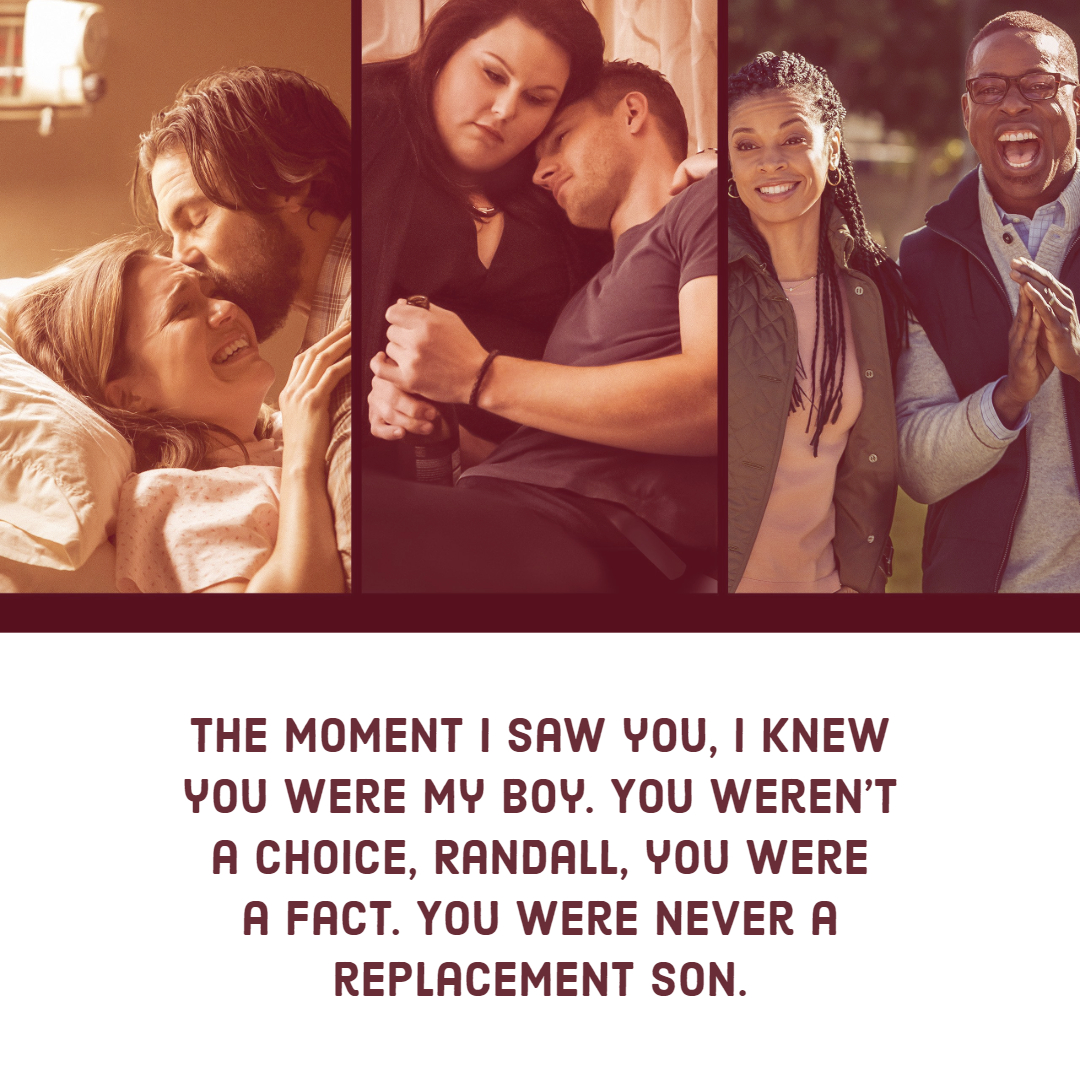 The moment I saw you, I knew you were my boy. You weren’t a choice, Randall, you were a fact. You were never a replacement son. 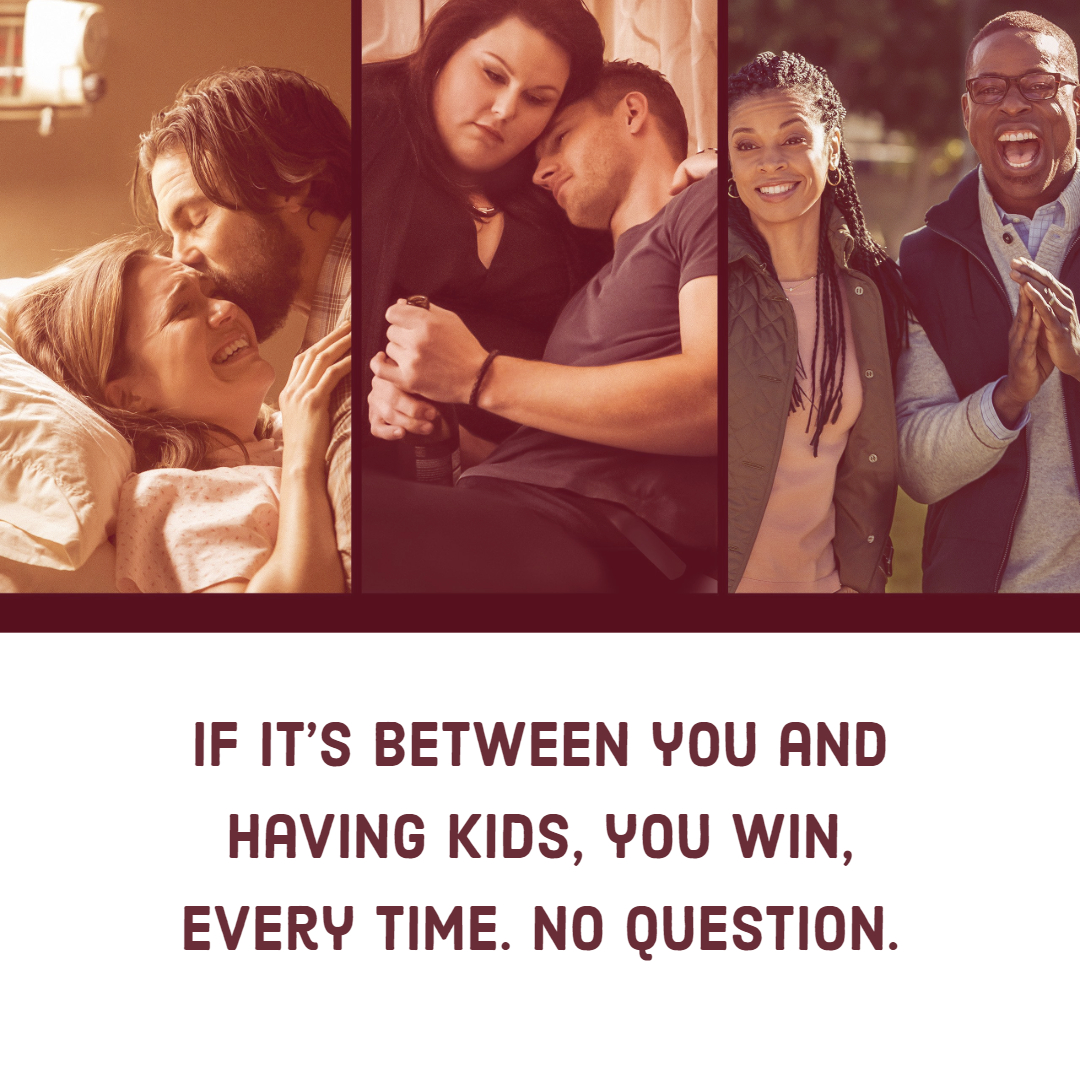 If it’s between you and having kids, you win, every time. No question. 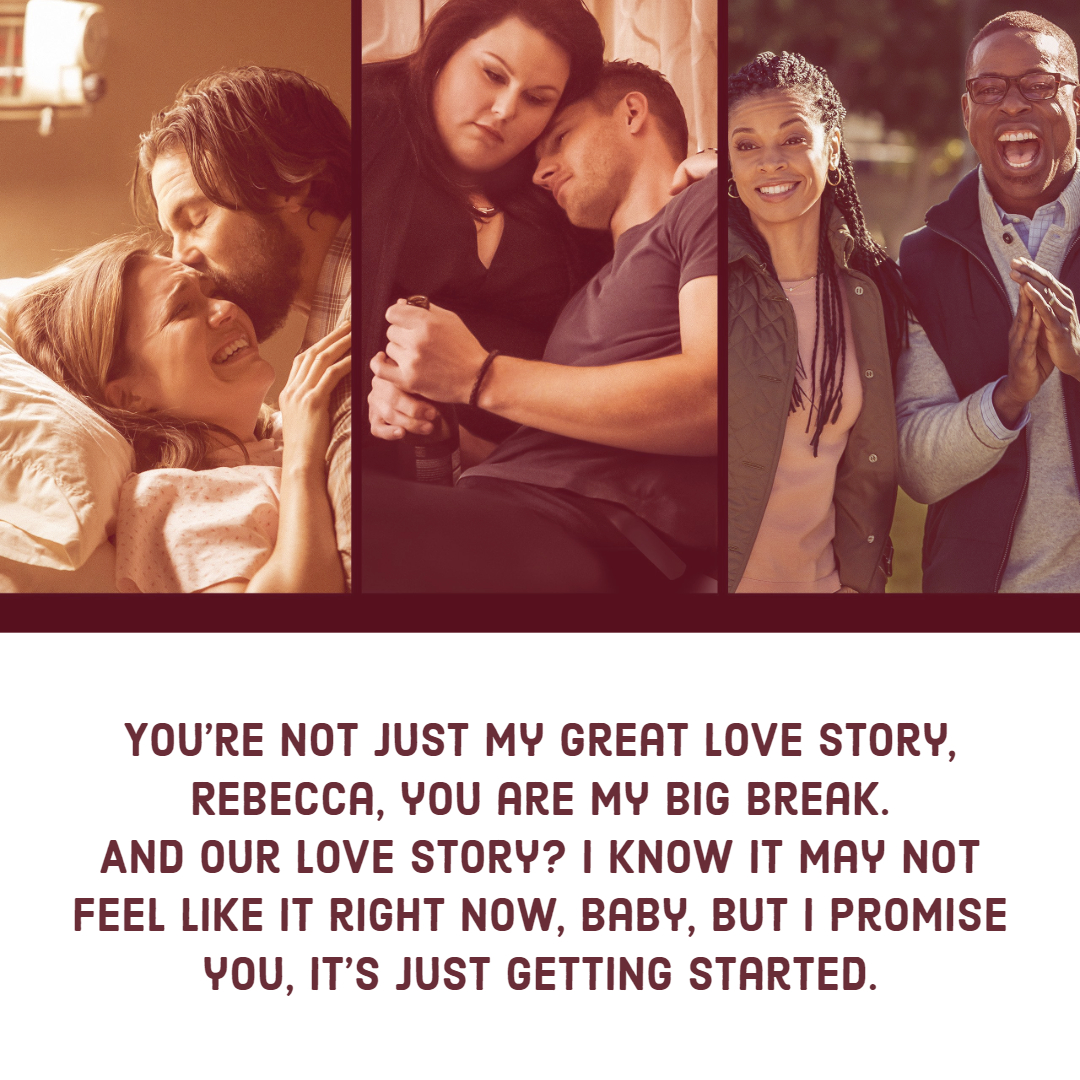 You’re not just my great love story, Rebecca, you are my big break. And our love story? I know it may not feel like it right now, baby, but I promise you, it’s just getting started. 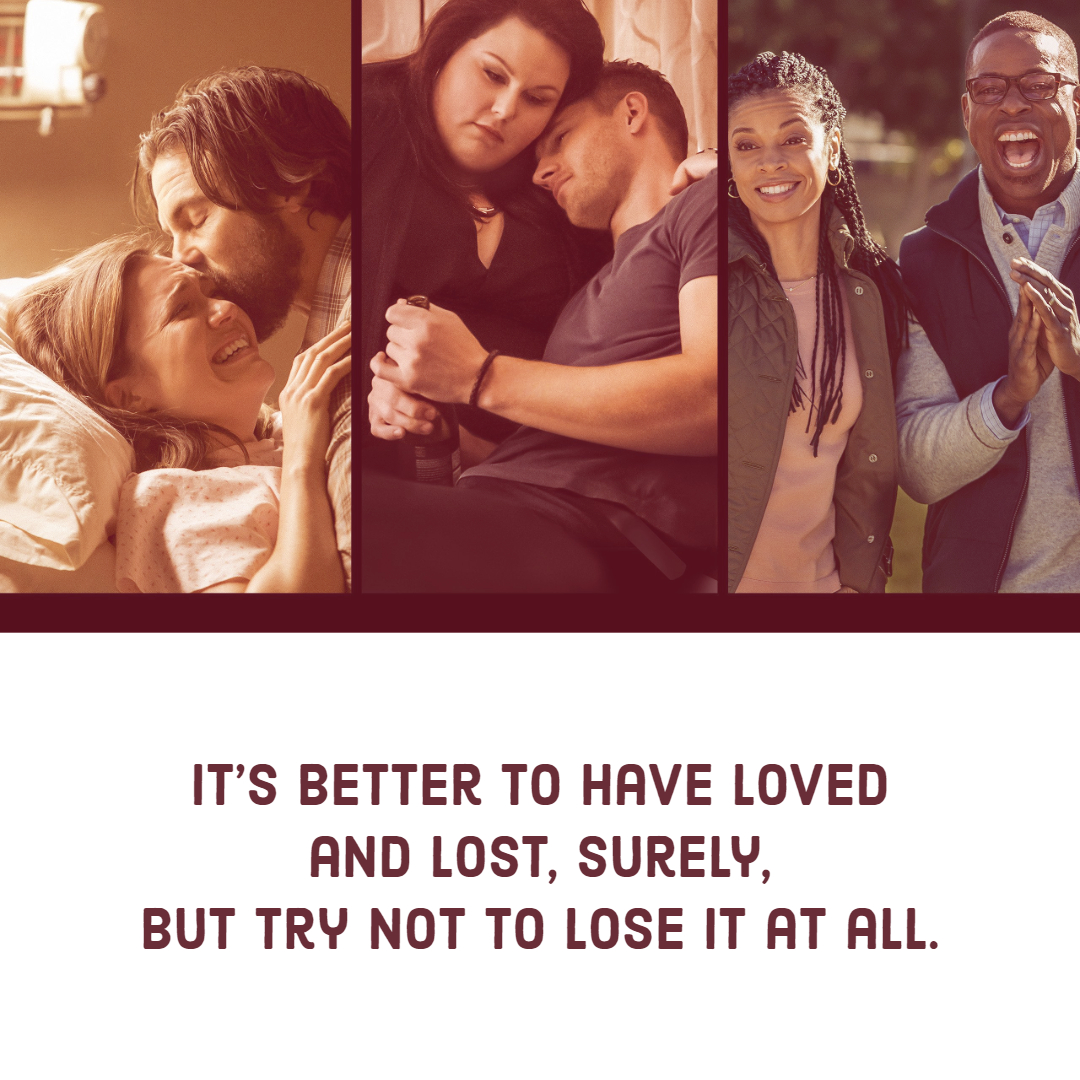 It’s better to have loved and lost, surely, but try not to lose it at all. 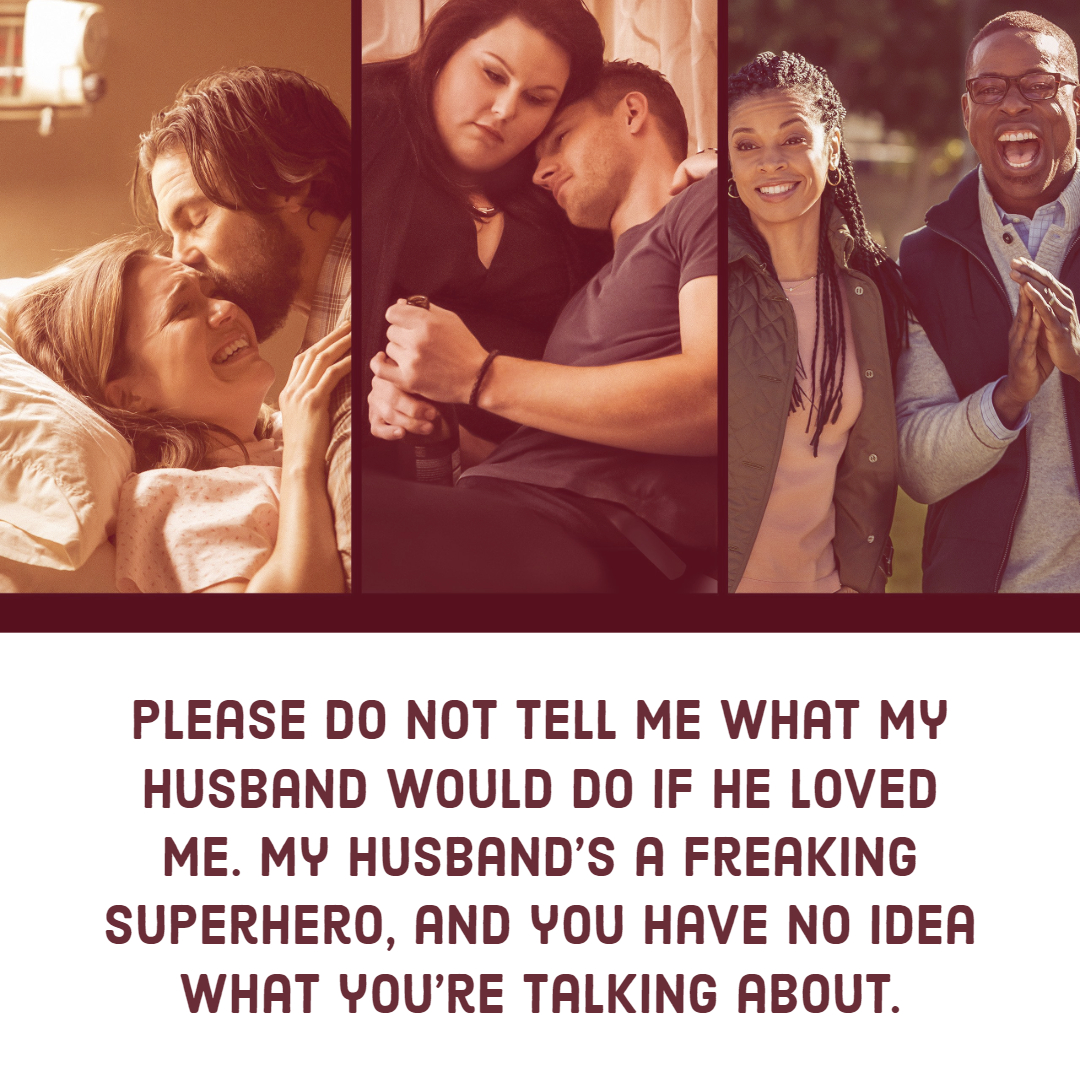 Please do not tell me what my husband would do if he loved me. My husband’s a freaking superhero, and you have no idea what you’re talking about.

This Is Us spins around the lives of two parents with three children who have the same birthday as their father’s. Filmed in Los Angeles, it may be considered as a sentimental show, but there’s definitely more to the emotional episodes that make this one a great piece. Each episode is a breath of fresh air with a dash of laughter and a dose of tears. And aside from the touching storyline revolving around a family, the entire characters give justice to their roles that’ll surely make you revisit your own lives.