Scarface is arguably one of the finest mob-themed movies ever created for the screen. Directed by Brian de Palma and penned by Oliver Stone, this film is one of Al Pacino’s best films up to date. The story is about a Cuban refugee, who wants to experience living the American dream. However, the odds were stacked against him as he pursued his dream. But he persevered to triumph and get what he ultimately wants.

The film initially got a negative review from the critics. They thought that the violence was unnecessary. The expatriate Cubans also objected to the way they were portrayed on screen. However, a year after release, the film got reappraised and got positive reviews. Scarface became one of the best mob films of all time.

With the right woman, there’s no stopping me. I could go right to the top. – Tony Montana 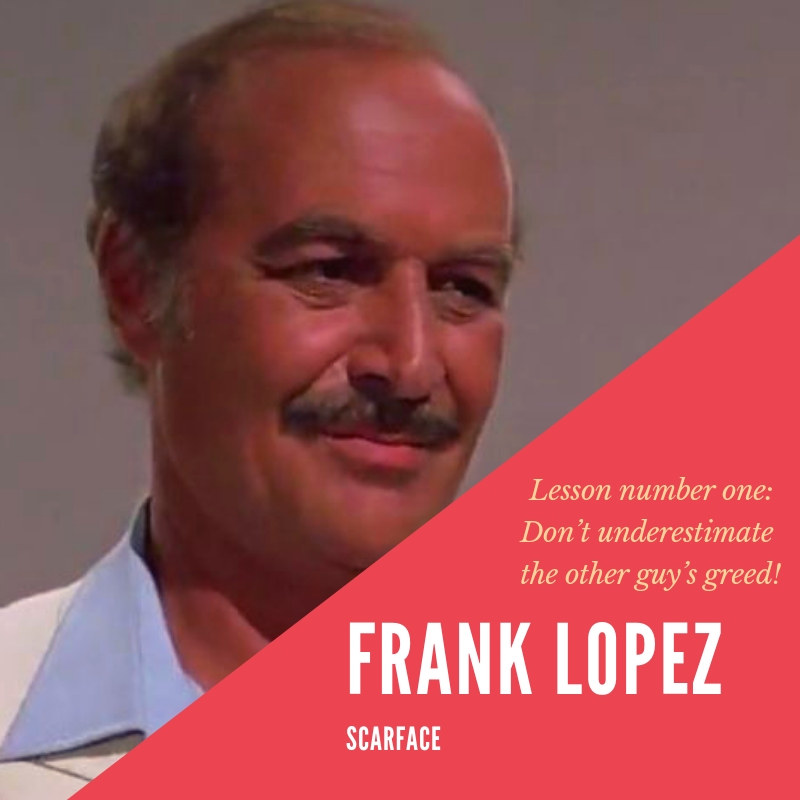 All I have in this world is my balls and my word and I don’t break them for no one. – Tony Montana

You a communist? Huh? How’d you like it, man? They tell you all the time what to do, what to think, what to feel. Do you wanna be like a sheep? – Tony Montana

Okay, here’s the story. I come from the gutter. I know that. I got no education but that’s okay. I know the street, and I’m making all the right connections. With the right woman, there’s no stopping me. I could go right to the top.” – Tony Montana

I work hard for this. I want you to know that. – Tony Montana

You need people like me so you can point your fuckin’ fingers and say ‘That’s the bad guy! – Tony Montana 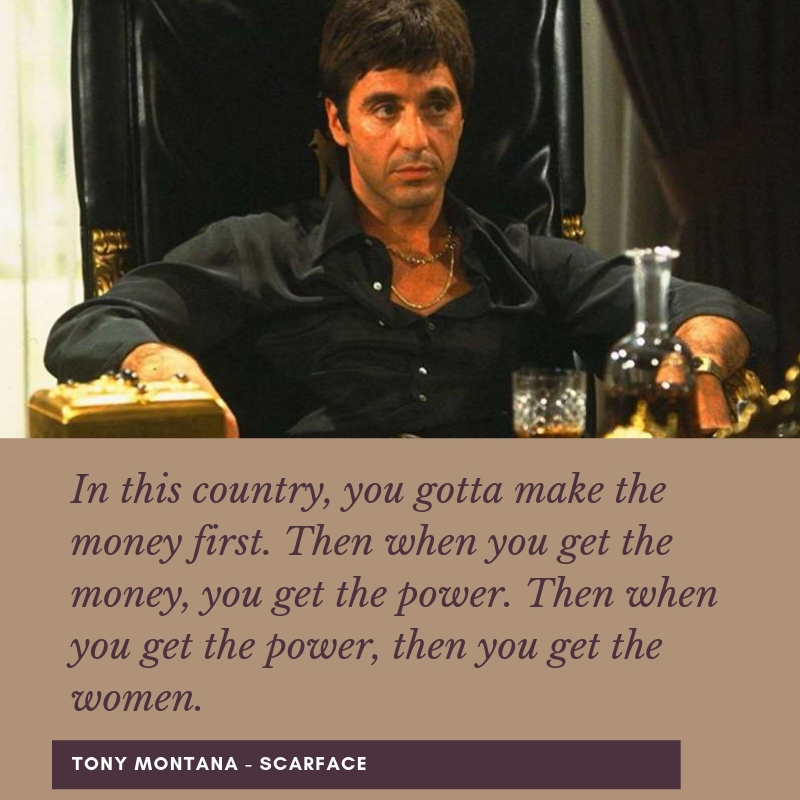 You’re gonna find, if you stay loyal in this business, you’re gonna move up. – Tony Montana

Who put this thing together? Me, that’s who! Who do I trust? Me!  – Tony Montana 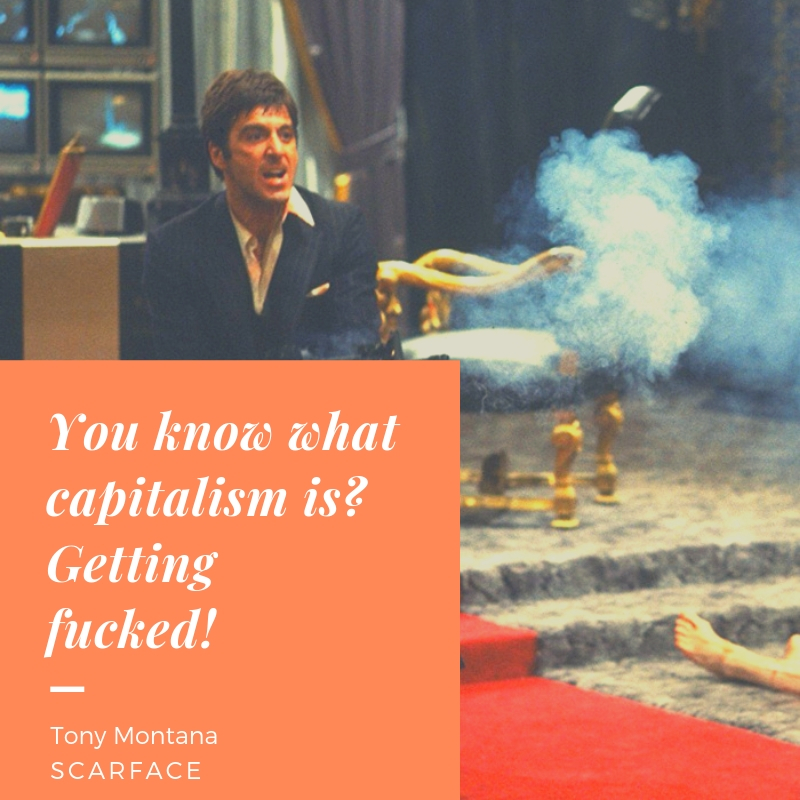 You know what capitalism is? Getting fucked! – Tony Montana

The guys that last in this business, are the guys who fly straight. Low-key, quiet. But the guys who want it all, chicas, champagne, flash… they don’t last. – Frank Lopez

I always tell the truth. Even when I lie.” – Tony Montana

I kill a communist for fun, but for a green card, I gonna carve him up real nice. – Tony Montana

You need people like me so you can’t point your fuckin’ fingers and say, ‘That’s the bad guy.’ – Tony Montana

Every day above ground is a good day. – Mel Bernstein

Don’t get high on your own supply. – Tony Montana

Are you a fan of the Al Pacino film Scarface? Here is your chance to relive the quotable quotes from the highly-rated 80’s cult film. Feel free to share with your friends, family, and loved ones who are also fans of this movie.