The Red Hot Chili Peppers is an American rock band formed in 1983. Founded by vocalist Anthony Kiedis and bassist Flea. The group, together with longtime drummer Chad Smith, and its most prominent guitarist John Frusciante, has sold over 80 million records worldwide. They have been nominated for sixteen Grammys and won six. Their notable songs are “Under the Bridge,” “Around the World,” “Californication,” “Can’t Stop,” “Snow (Hey Oh)” and many more. In 2009, Frusciante amicably left the band to pursue his solo projects. He was replaced by traveling session guitarist Josh Klinghoffer. In 2012, the members of the Red Hot Chili Peppers have been inducted into the Rock and Roll Hall of Fame. 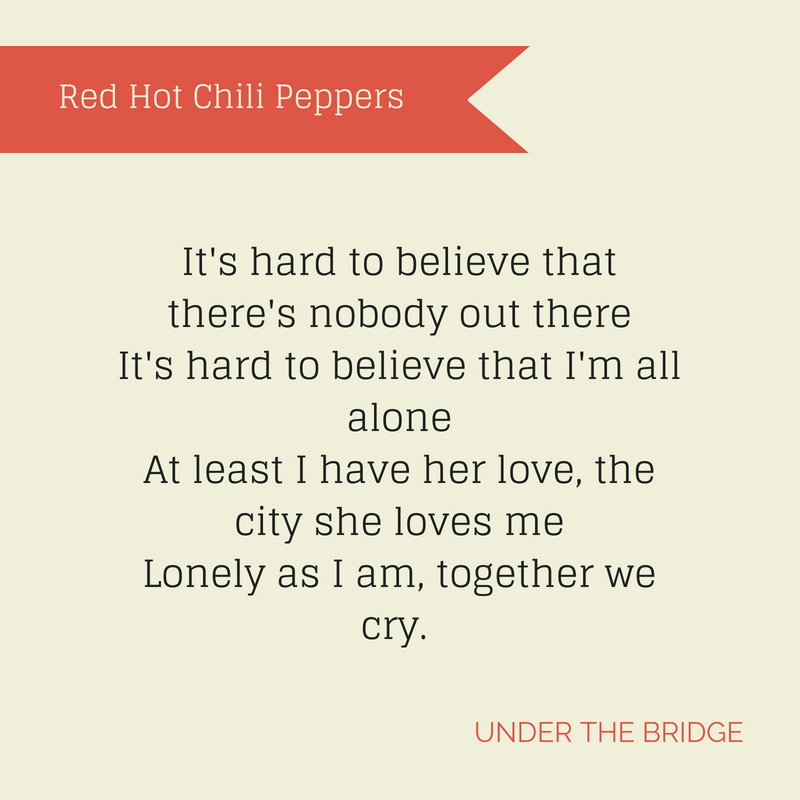 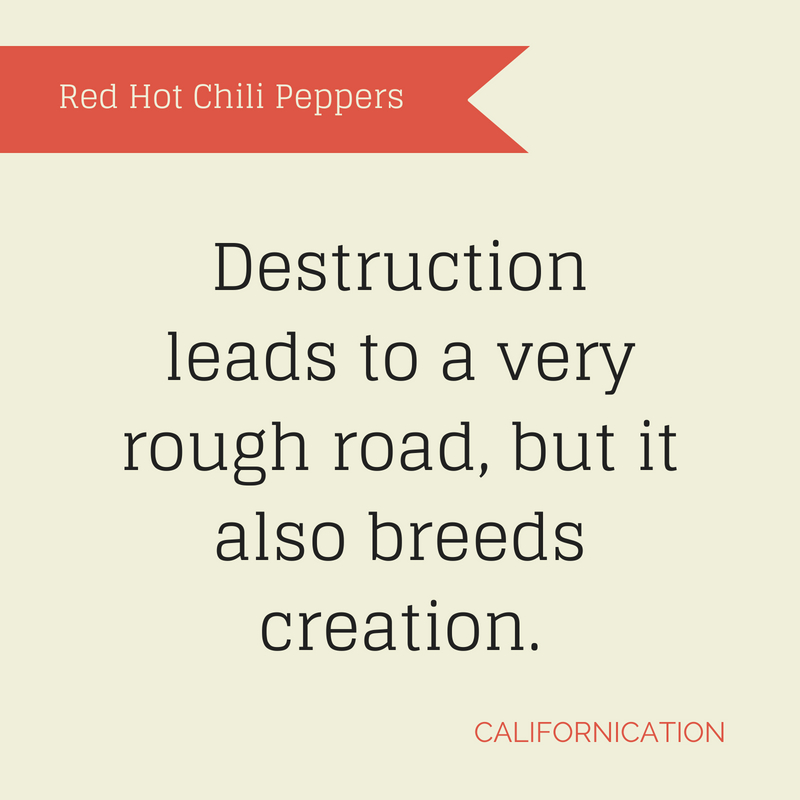 Destruction leads to a very rough road, but it also breeds creation. – Californication 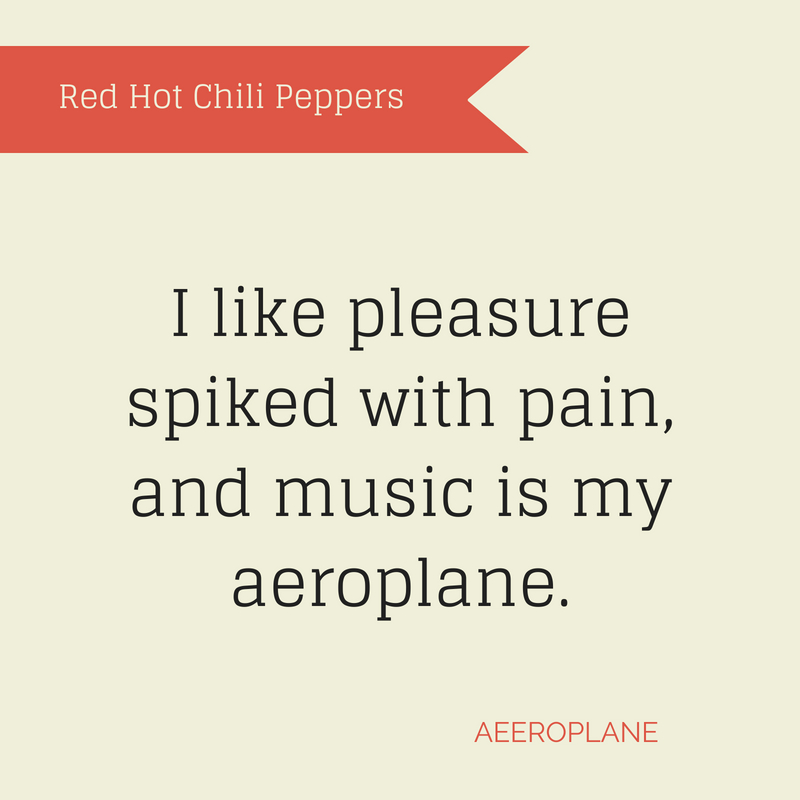 I like pleasure spiked with pain, and music is my aeroplane. – Aeroplane 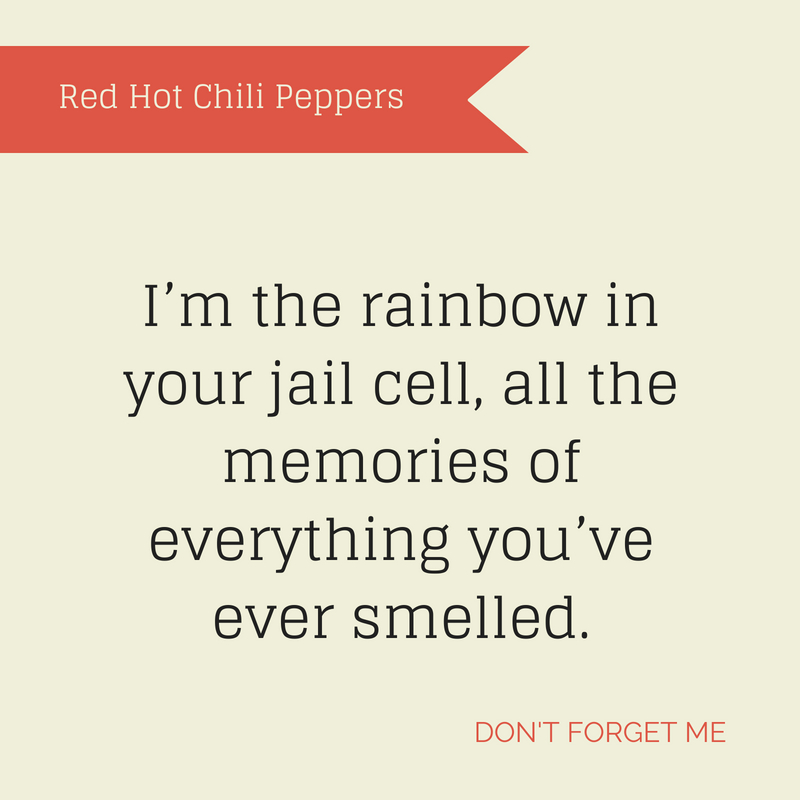 I’m the rainbow in your jail cell, all the memories of everything you’ve ever smelled. – Don’t Forget Me 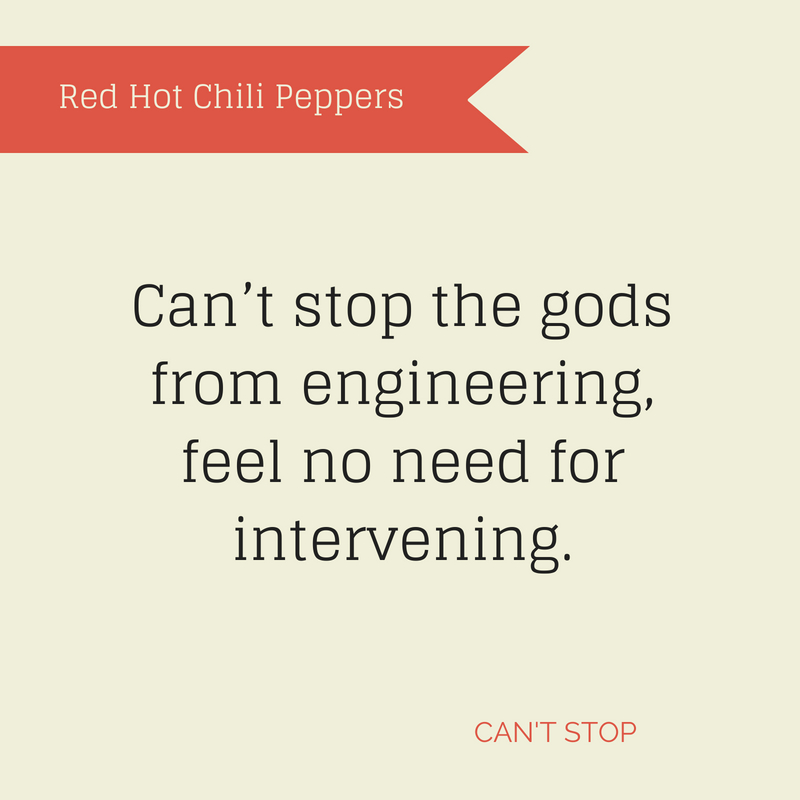 Can’t stop the gods from engineering, feel no need for intervening. – Can’t Stop 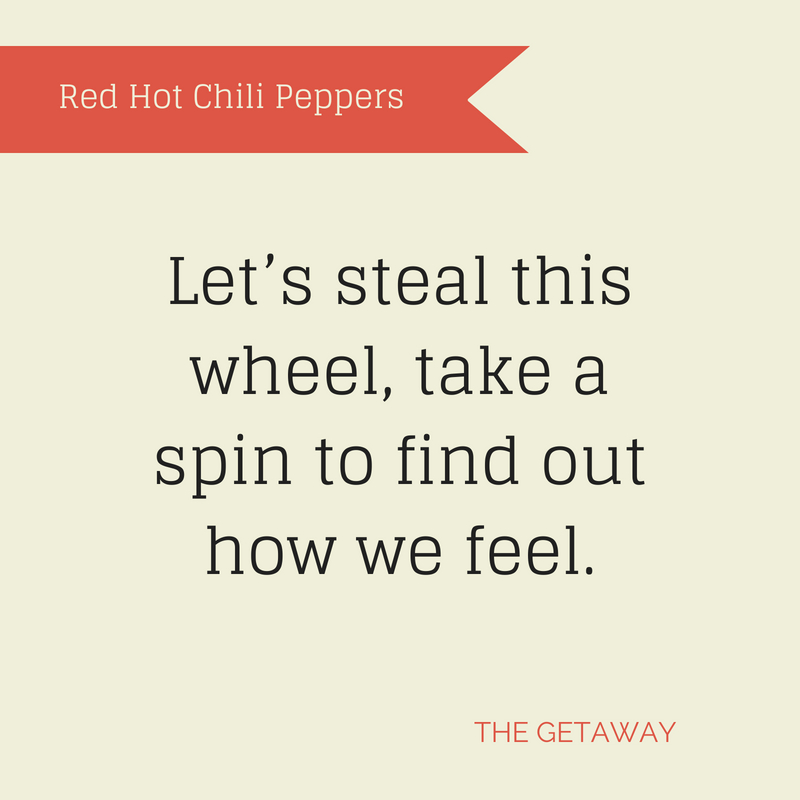 Let’s steal this wheel, take a spin to find out how we feel. – The Getaway 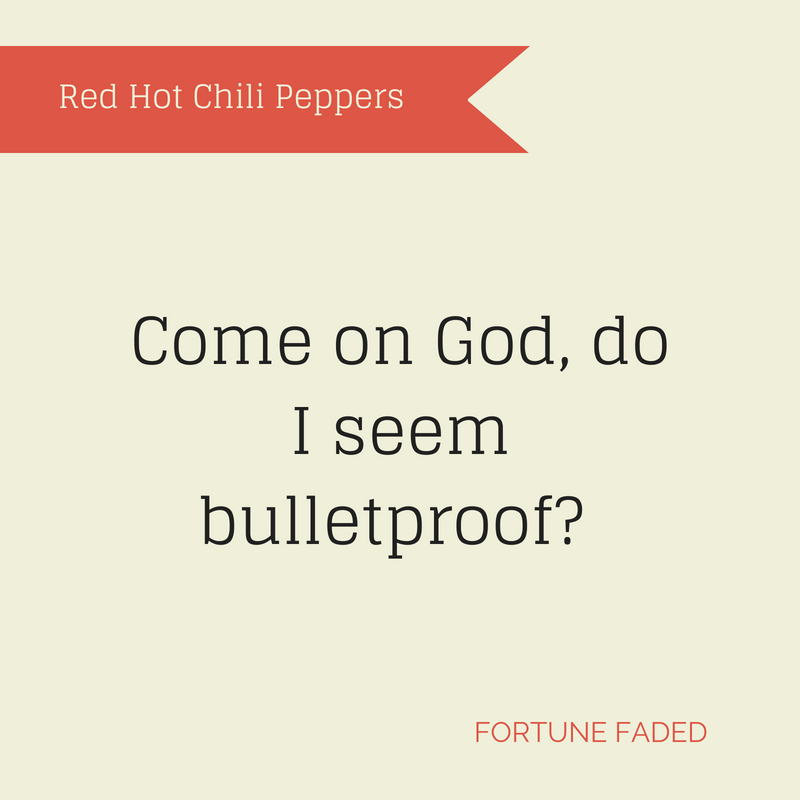 Come on God, do I seem bulletproof? – Fortune Faded 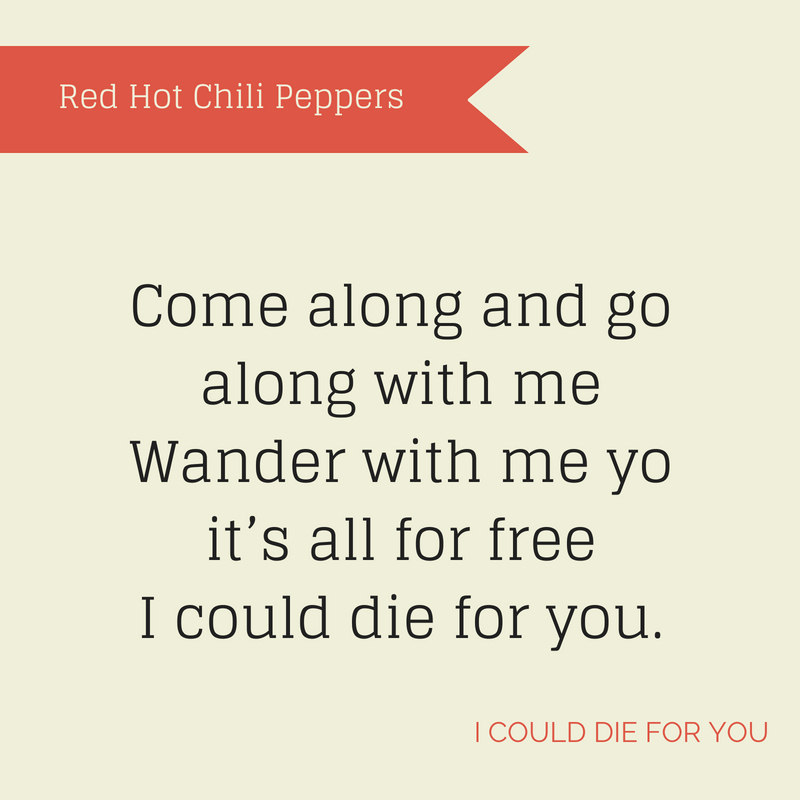 Come along and go along with me
Wander with me yo it’s all for free
I could die for you. – I Could Die For You 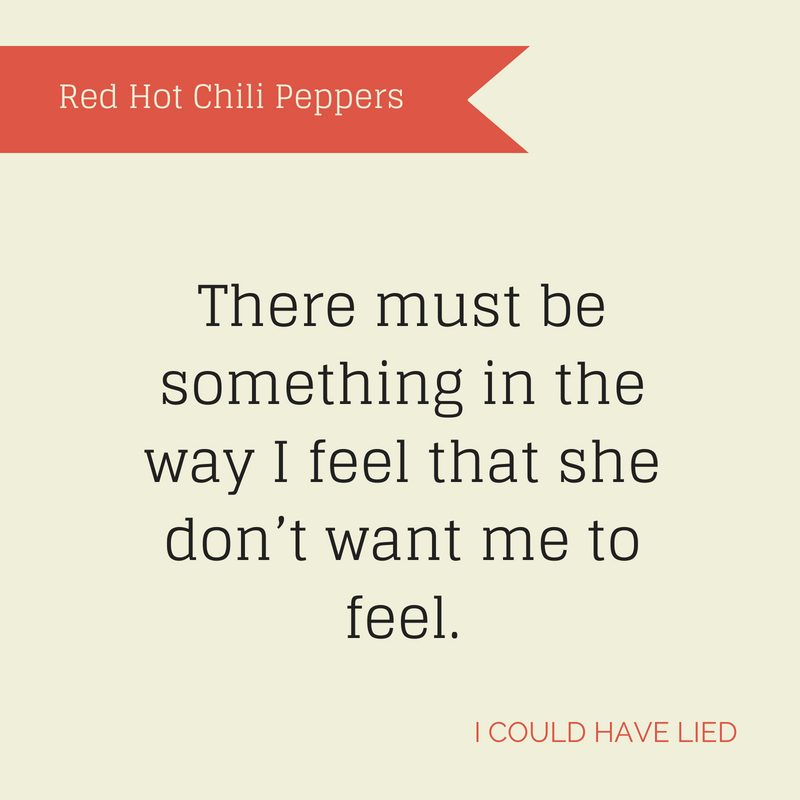 There must be something in the way I feel that she don’t want me to feel. – I Could Have Lied 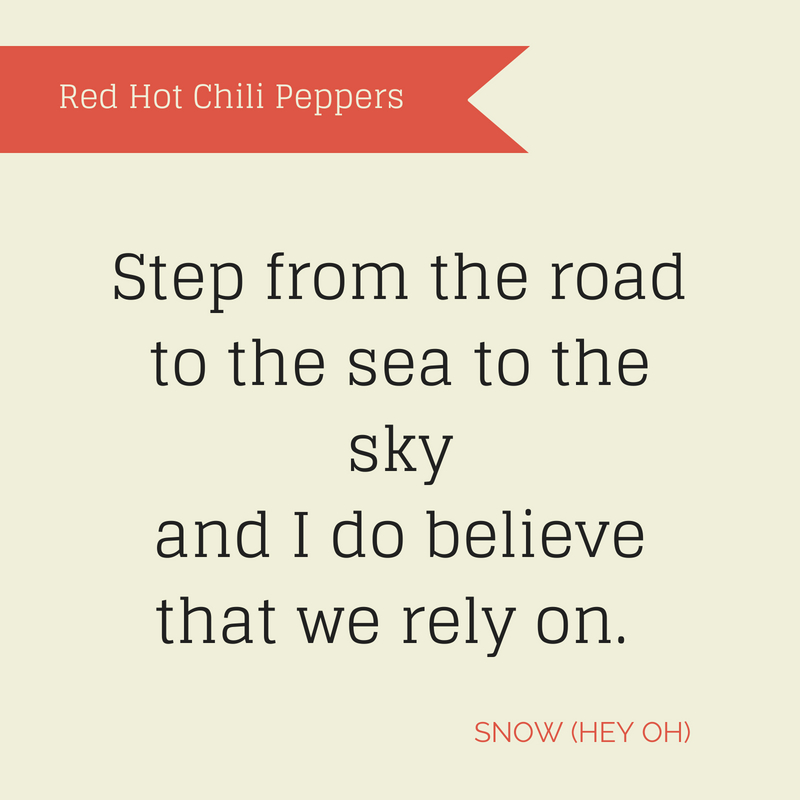 Step from the road to the sea to the sky
and I do believe that we rely on. – Snow (Hey Oh)

Are you a fan of the most successful band in alternative rock radio history? Here are some of the best Red Hot Chili Peppers quotes to inspire your day.