Red Dead Redemption, an epic Western-themed video game, was released in 2010 by Rockstar Game. It is written by Michael Unsworth, Dan Houser, and Christian Cantamessa. The game takes place in 1911 in the Old West America, which chronicles the adventures of the protagonist John Marston. In the game, his quest is to secure his family’s safety by taking up arms against the gang that he formerly belongs to.

In 2018, Rockstar Game released a prequel to the story called Red Dead Redemption 2.

If you are a fan of the game, you will certainly find delight on the quotes delivered by your favorite characters.

We’re thieves in a world that don’t want us no more.

I wish I had acquired wisdom at less of a price.

This is America, where a lying, cheating degenerate like myself can prosper.

They’re chasing us hard because we represent everything that they fear.

You can only Shit on people so many times before they decide it’s their turn to pull down the pants.

If they so much as put bruise on him I swear, I’ll bring the fires of hell on them myself. 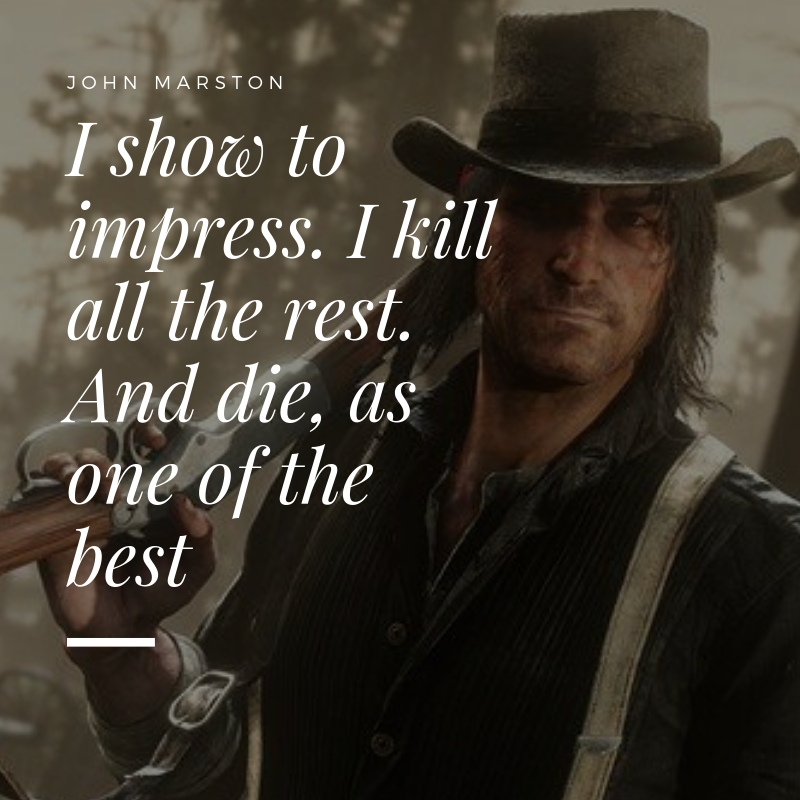 I show to impress. I kill all the rest. And die, as one of the best. 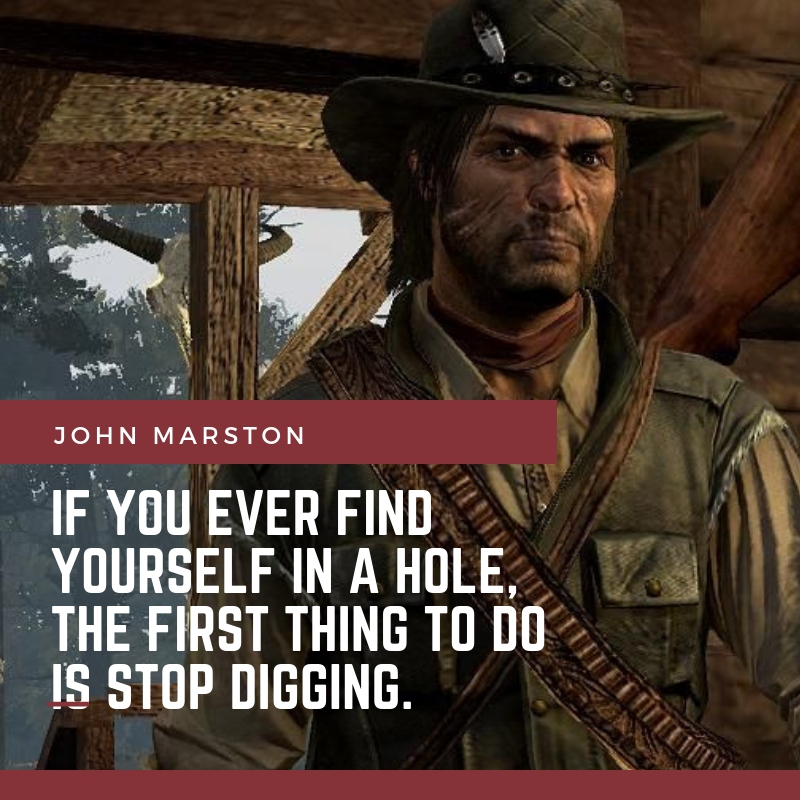 If you ever find yourself in a hole, the first thing to do is stop digging.

While there are guns and money, there won’t be any freedom.

It ain’t exactly a secret I didn’t get these scars from falling over in church.

How can romance ever be silly? It’s all we have.

I just know that there are two theories when arguing with women. And neither one works. 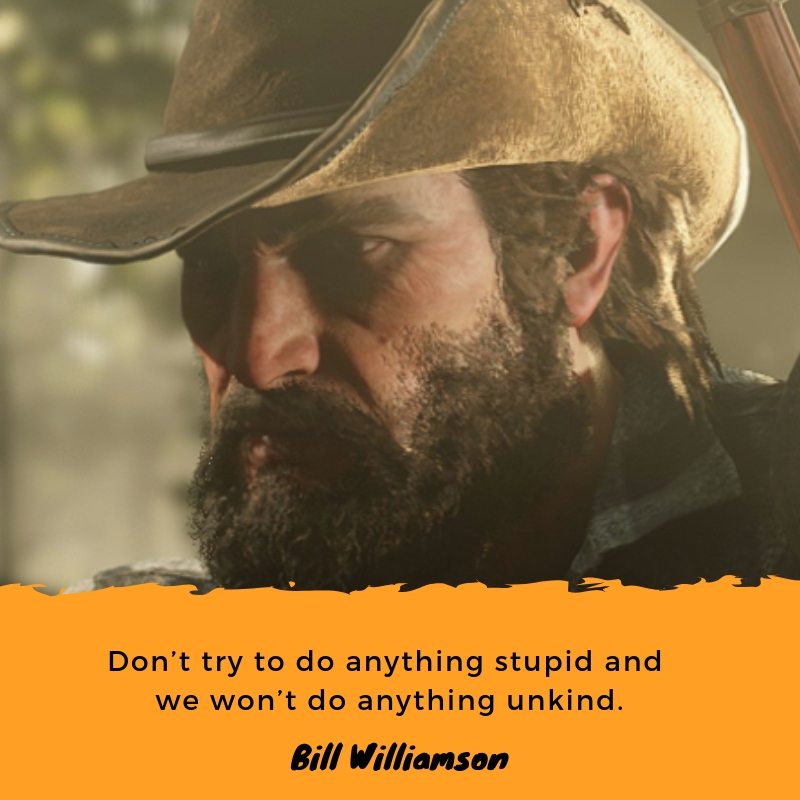 War is brutal, and unnecessary, and good people die. That is all it will mean.

The amount of hell we’ve raised, we’re owed some back.

Sarcasm, my friend, should be beneath a man such as you.

I don’t like to kill a man on his knees, Even if he deserves it.

They told us there was a prize when you got to fifty.

When a man with a sing-song voice tells me to fuck off, it always concerns me, boyo!

Who else in the world hasn’t heard of the great game Red Dead Redemption? If you love this game, then you will surely find our simple collection of RDR quotes fantastic and delightful.