A period drama created by the brilliant Matthew Weiner, Mad Men was released in 2007 and run up to 2015. Though its first season was not a hit, it became popular during its second installment, where it gained recognition and awards from Emmys and Golden Globes. The broader audience loved the subtle yet slightly mysterious character crisis. Even if the show rarely portrays cliff-hangers, the viewers are still glued to each episode, especially with Don Draper’s identity development. A show that is to binge-watch over the weekends, here are some memorable lines you’ll get from the series. 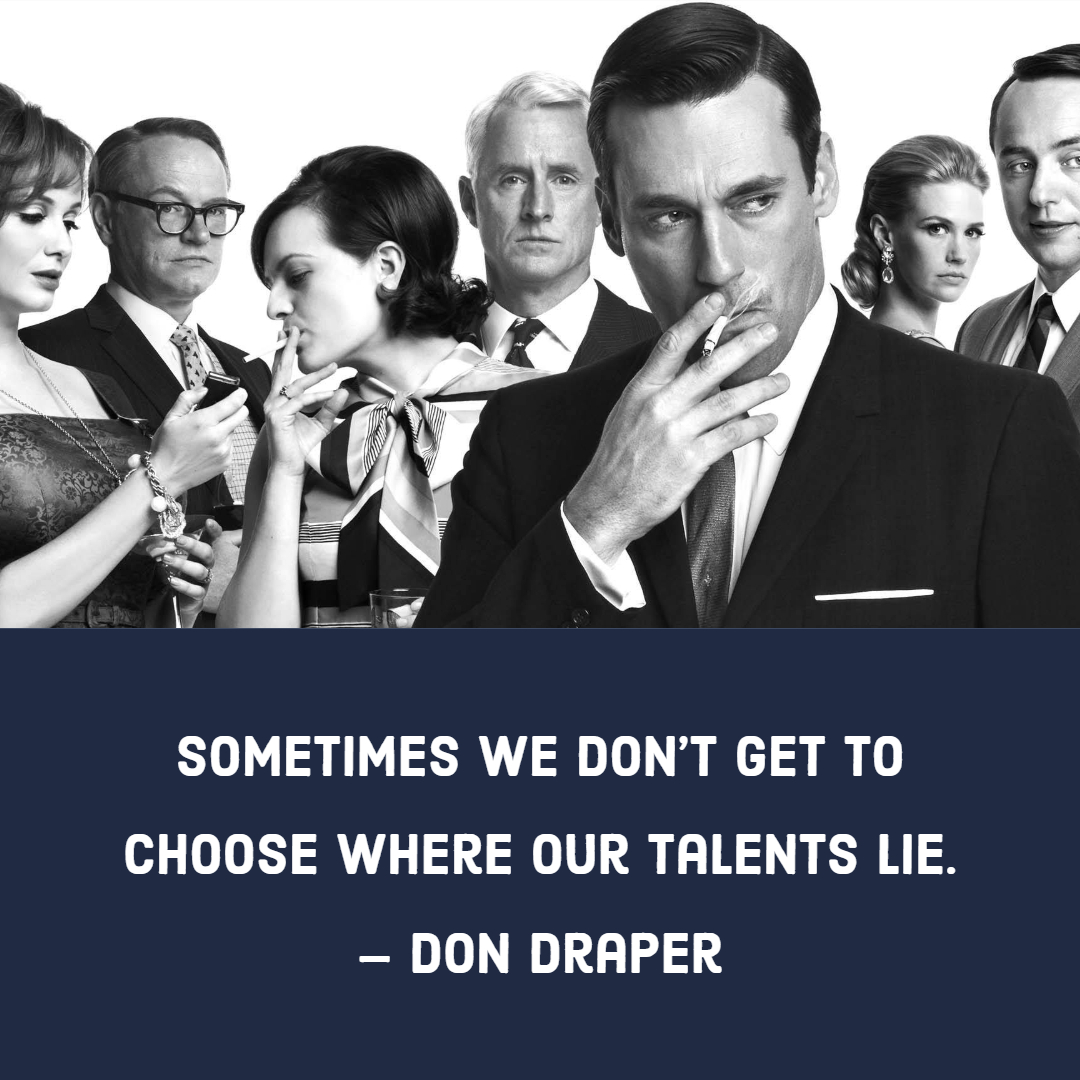 Sometimes we don’t get to choose where our talents lie. — Don Draper 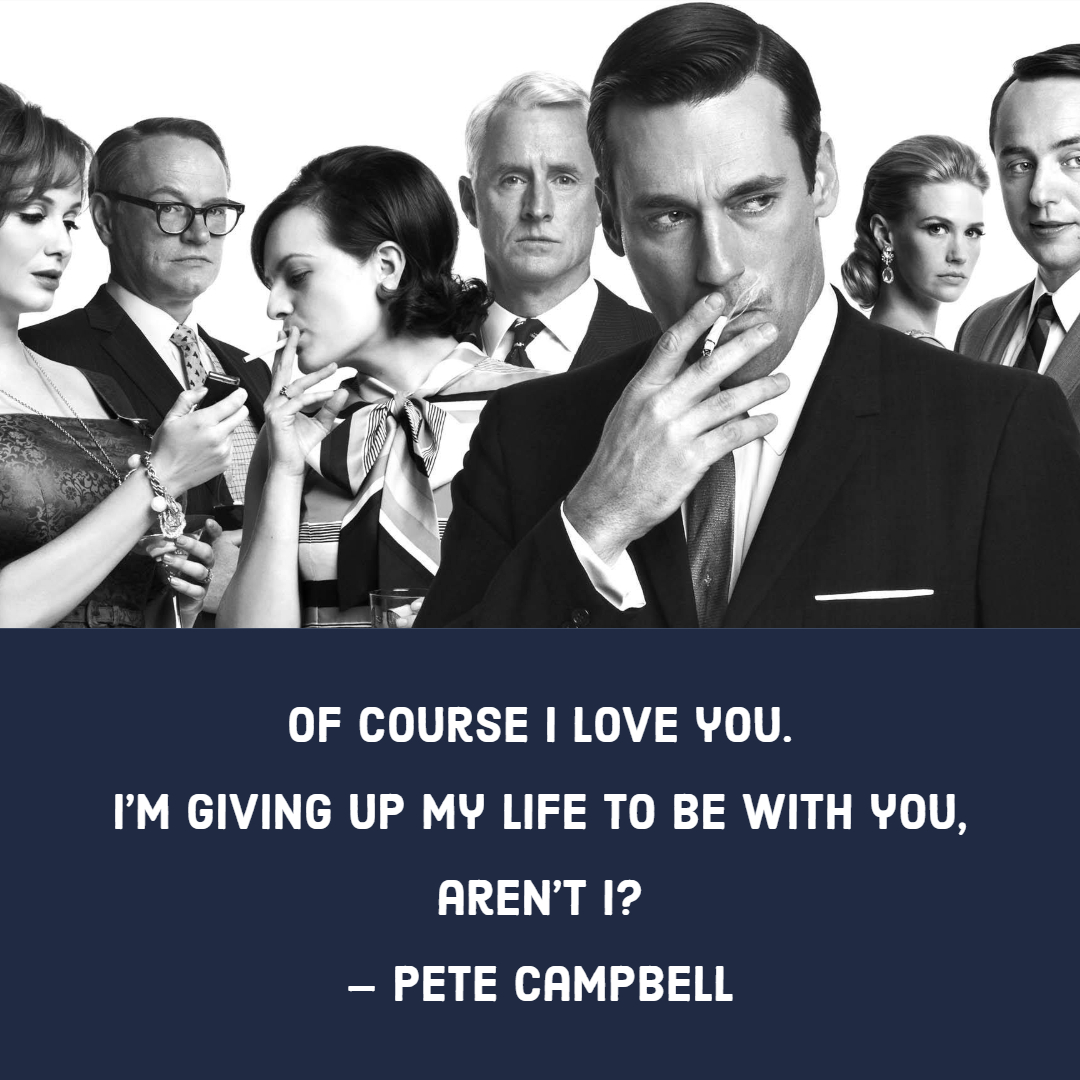 Of course I love you. I’m giving up my life to be with you, aren’t I?— Pete Campbell 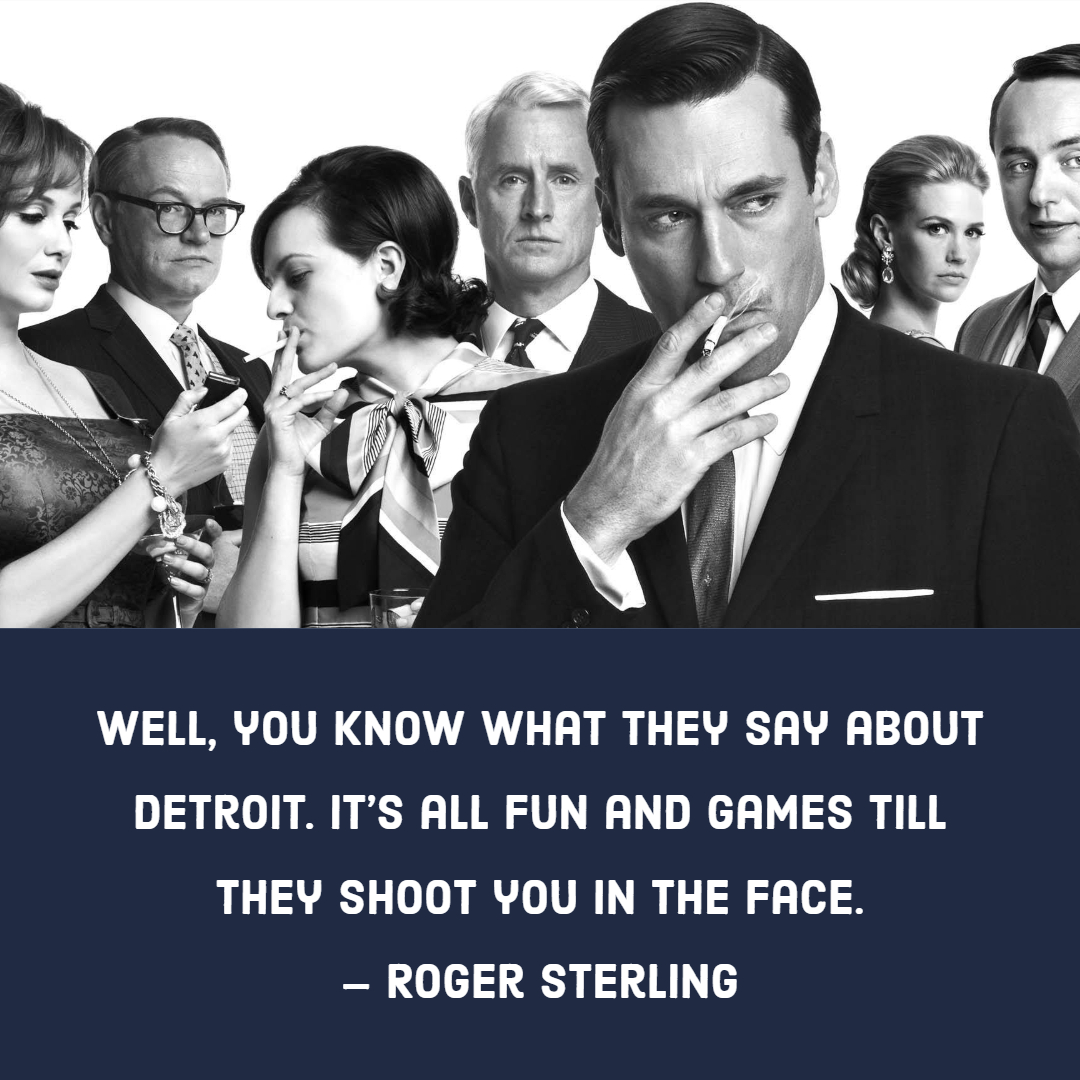 Well, you know what they say about Detroit. It’s all fun and games till they shoot you in the face. — Roger Sterling 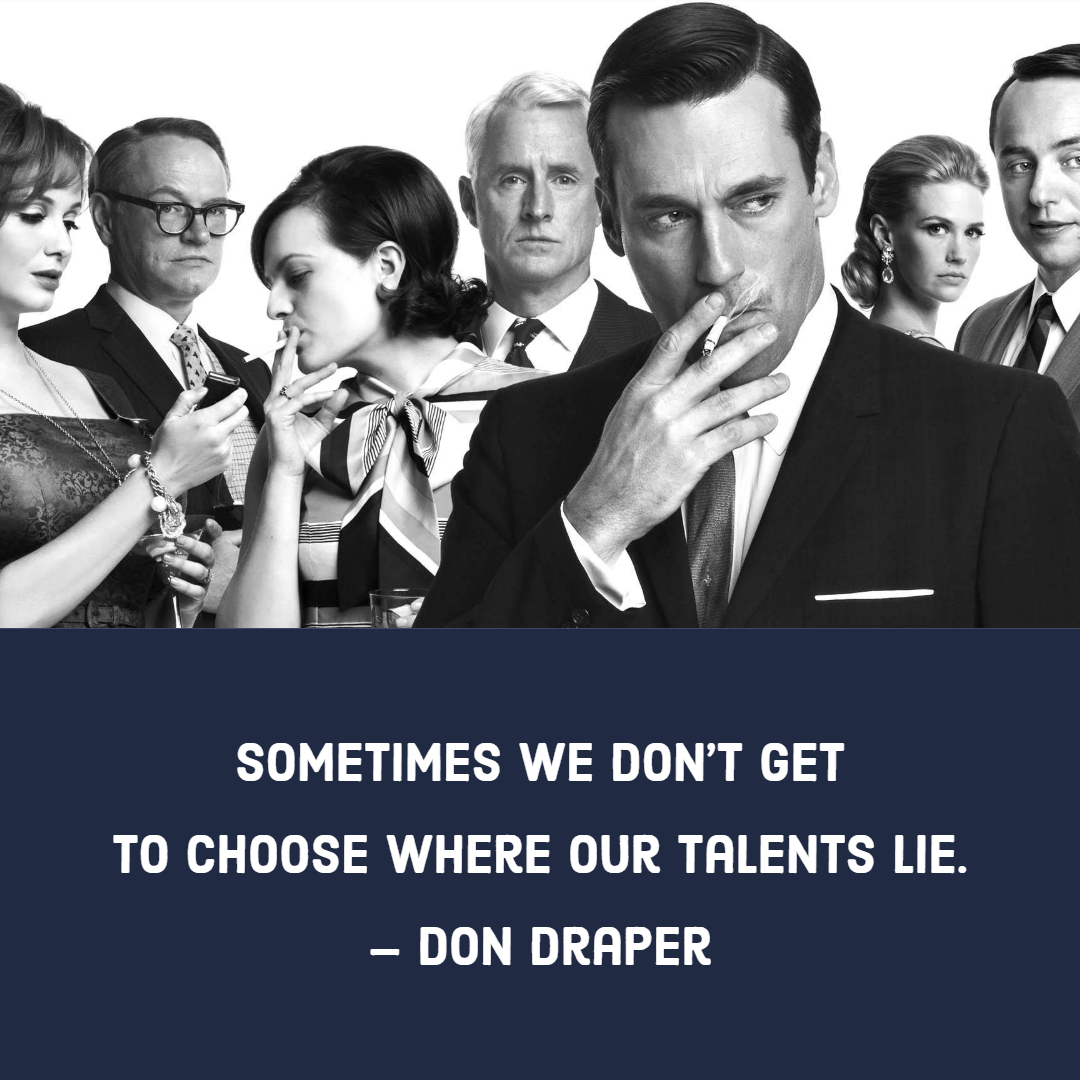 Sometimes we don’t get to choose where our talents lie.— Don Draper 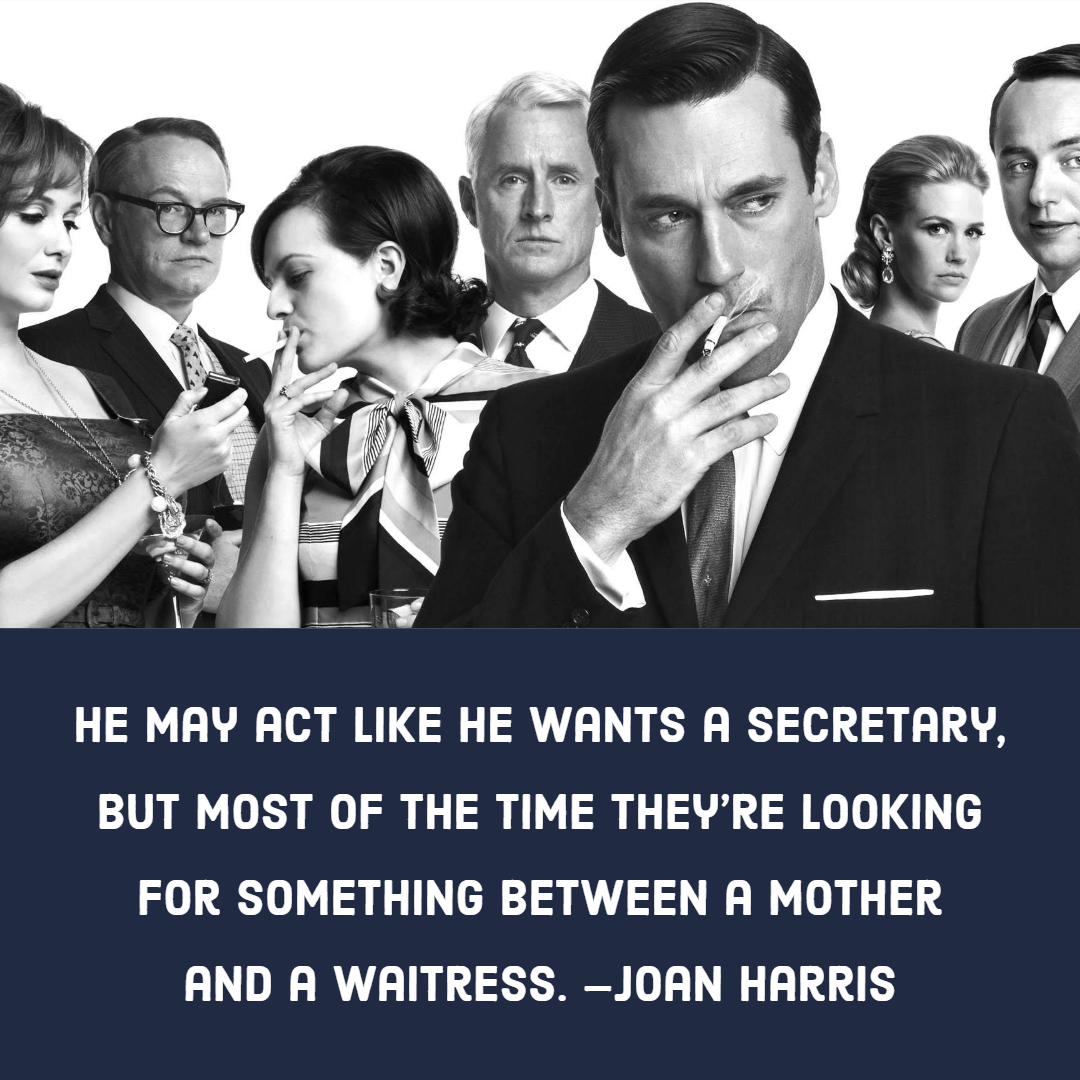 He may act like he wants a secretary, but most of the time they’re looking for something between a mother and a waitress.— Joan Harris 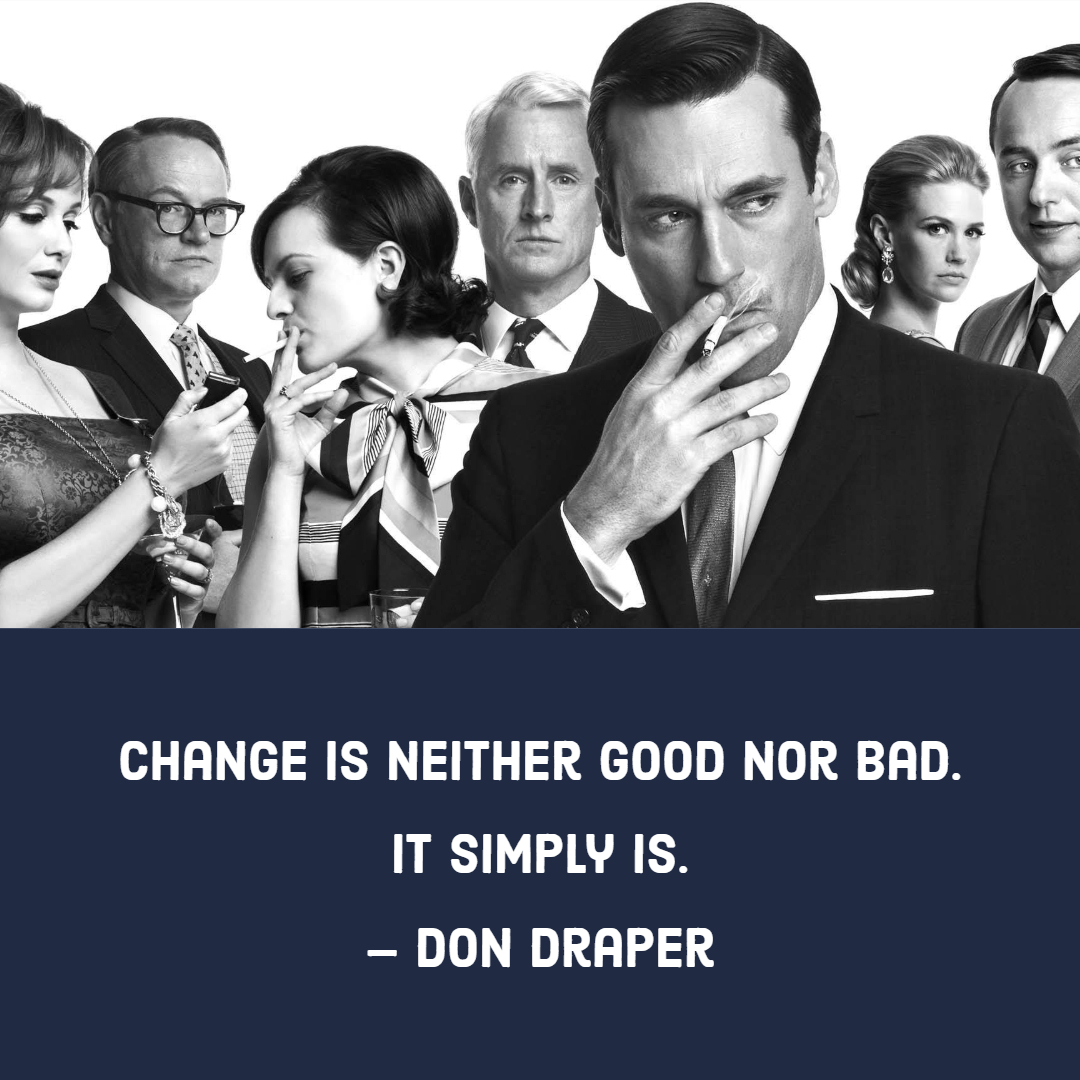 Change is neither good nor bad. It simply is.— Don Draper 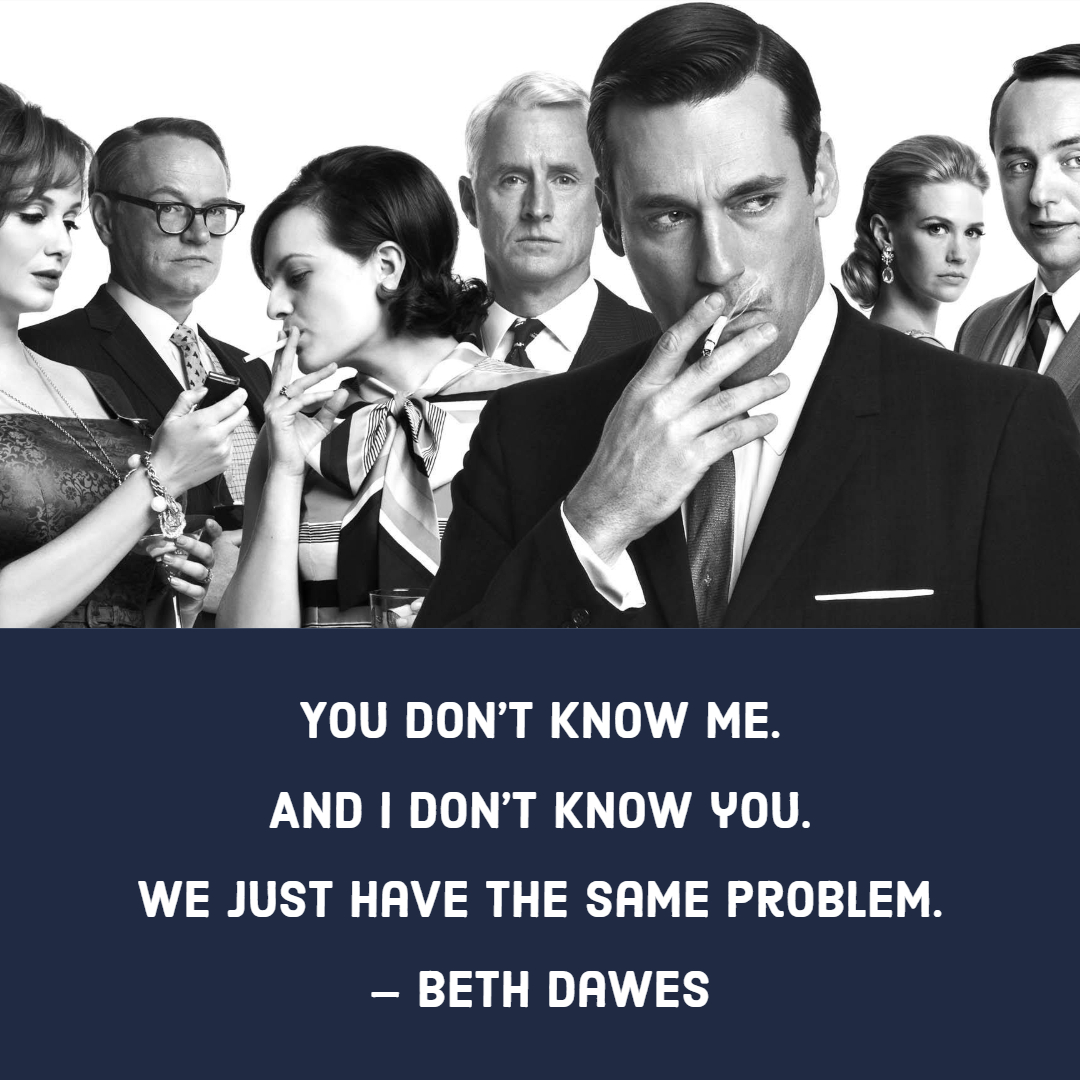 You don’t know me. And I don’t know you. We just have the same problem.— Beth Dawes 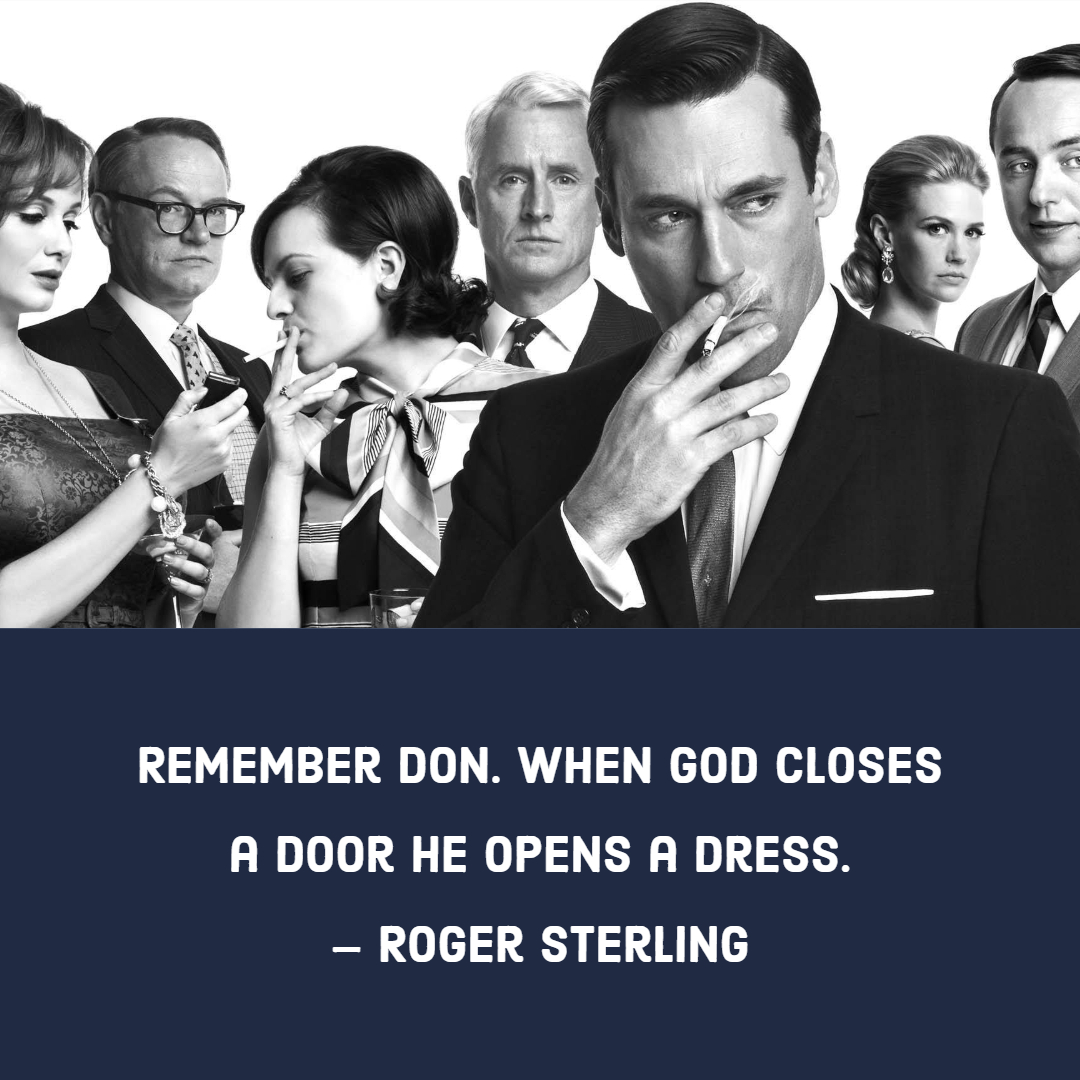 Remember Don. When God closes a door he opens a dress. — Roger Sterling 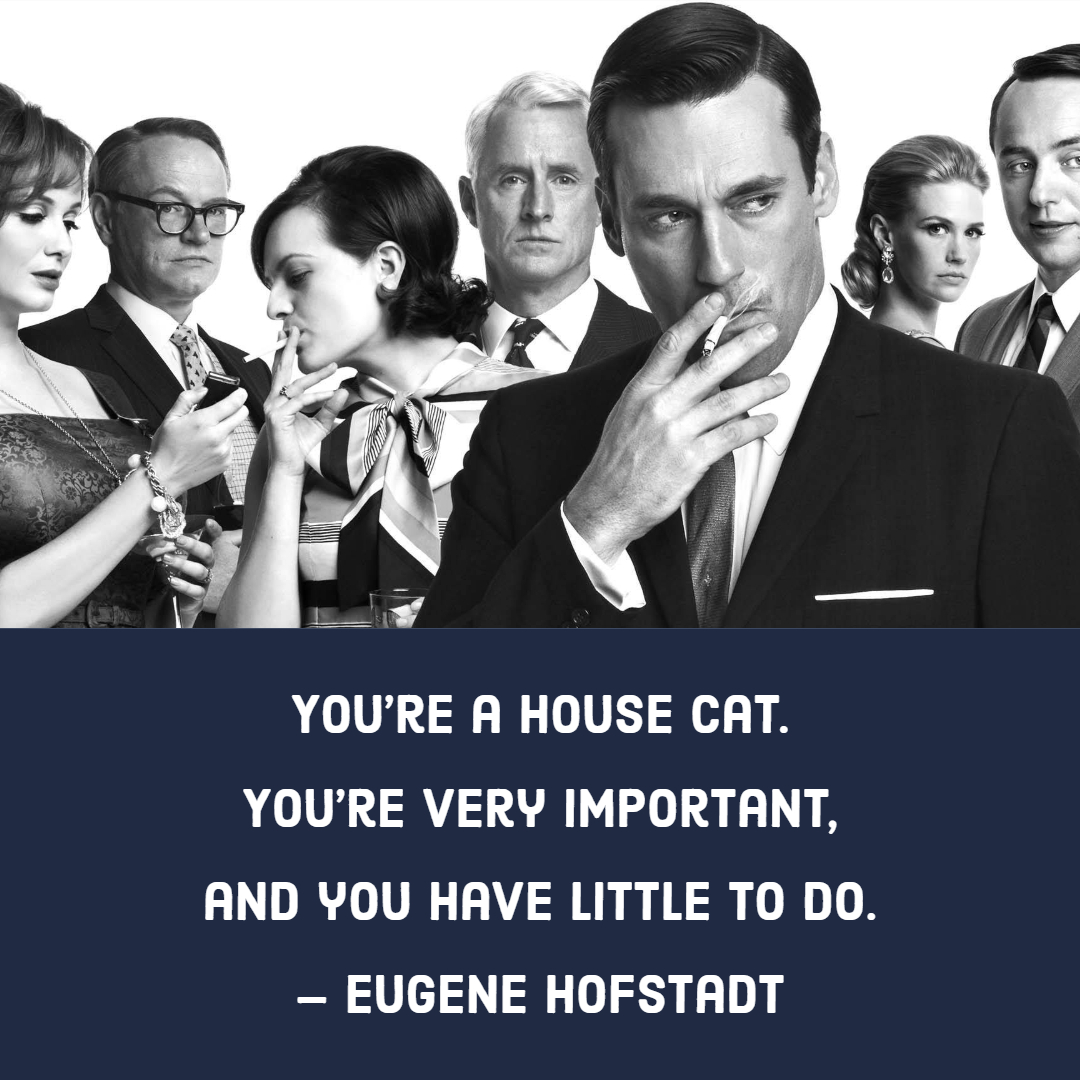 You’re a house cat. You’re very important, and you have little to do.— Eugene Hofstadt 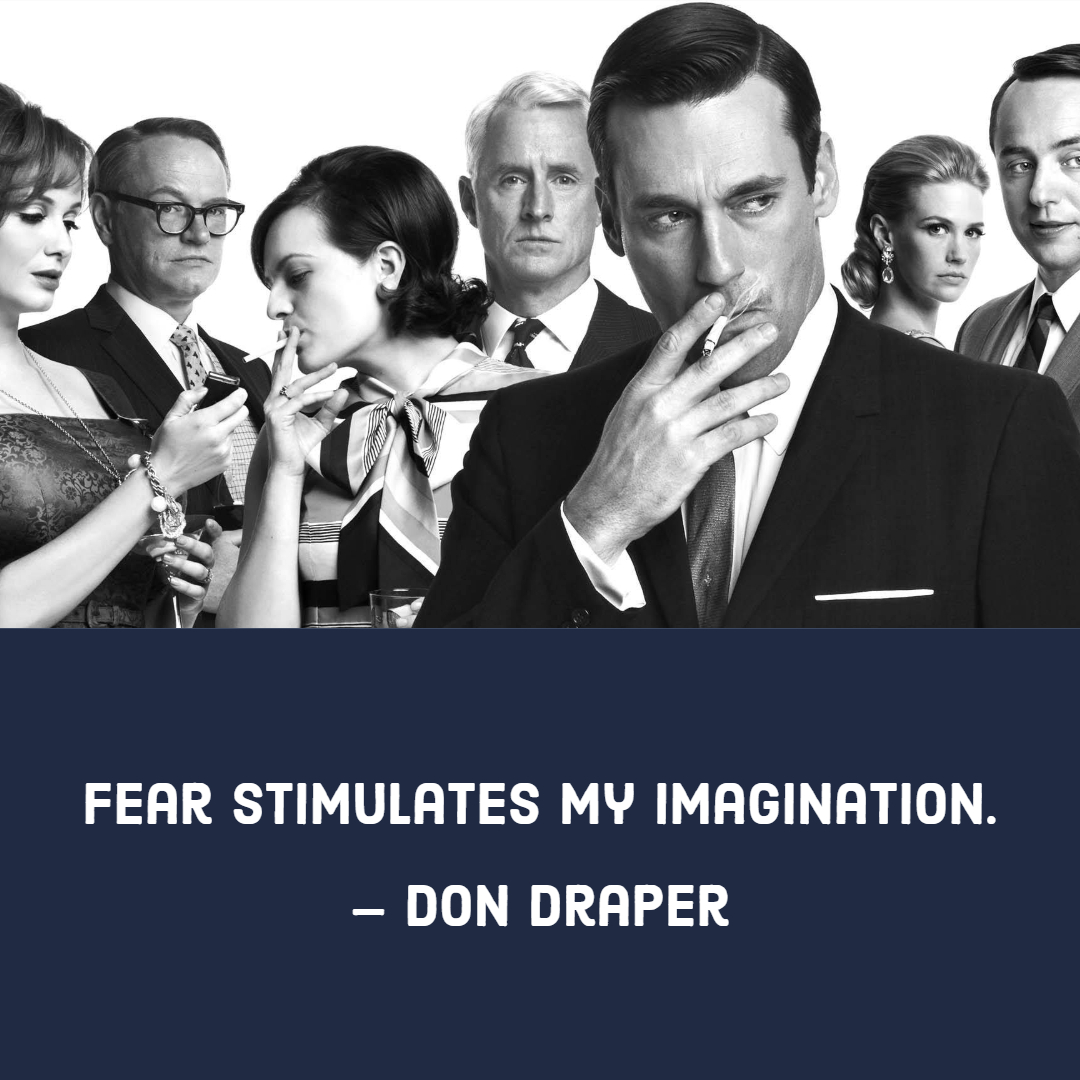 Featuring 90 fascinating episodes spread out over the show’s 7 seasons, Mad Men has proven its worth as one of the most iconic series of all time. It’s considered a tell-all show that does not sugar-coat the truth, whether it’s racism or misogyny. What makes it unique is that every episode comes with a distinctive theme. Plus, it isn’t your typical TV drama that follows a typical pattern, which is why there’s something to look forward to every episode. Also, since the show is set during the 60’s, you’ll get to relive history at its finest.