In the game, players control the protagonist Joel, a man tasked with escorting a woman called Ellie across a post-apocalyptic United States. This game is played from a third-person perspective. The players can choose from a wide variety of improvised weapons and firearms against cannibalistic creatures that was infected by mutated fungus, and hostile human factions.

If you like playing this game, you will definitely enjoy reading these The Last of Us quotes that we have made for you.

After all we’ve been through. Everything that I’ve done. It can’t be for nothing. – Ellie 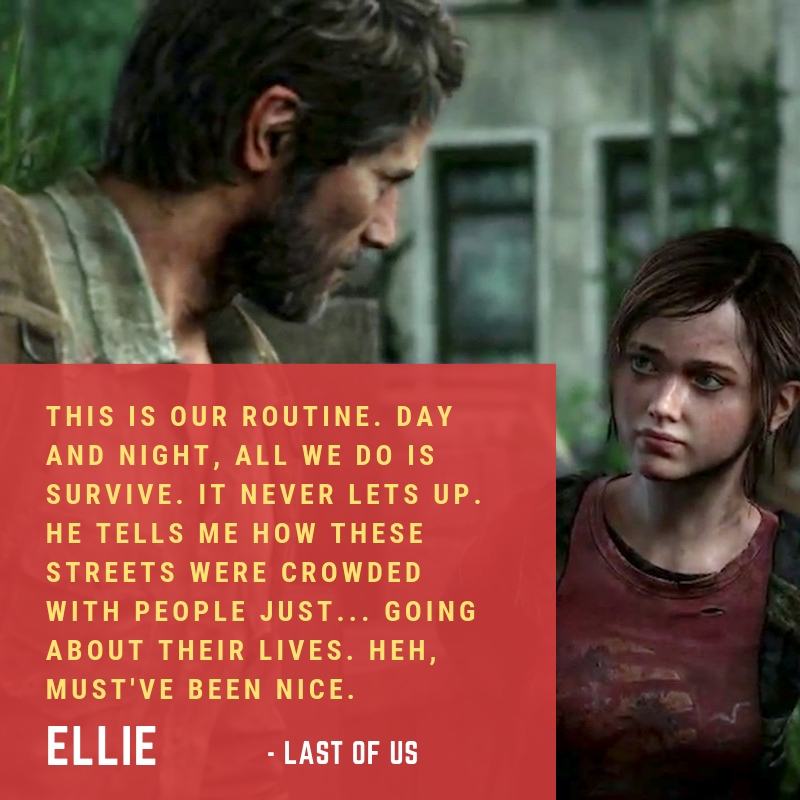 This is our routine. Day and night, all we do is survive. It never lets up. He tells me how these streets were crowded with people just… going about their lives. Heh, must’ve been nice. – Ellie

There are a million ways we should’ve died before today. And a million ways we can die before tomorrow. But we fight… for every second we get to spend with each other. Whether it’s two minutes, or two days… we don’t give that up. I don’t want to give that up. My vote? Let’s just wait it out. You know we can… be all poetic and just lose our minds together. – Riley 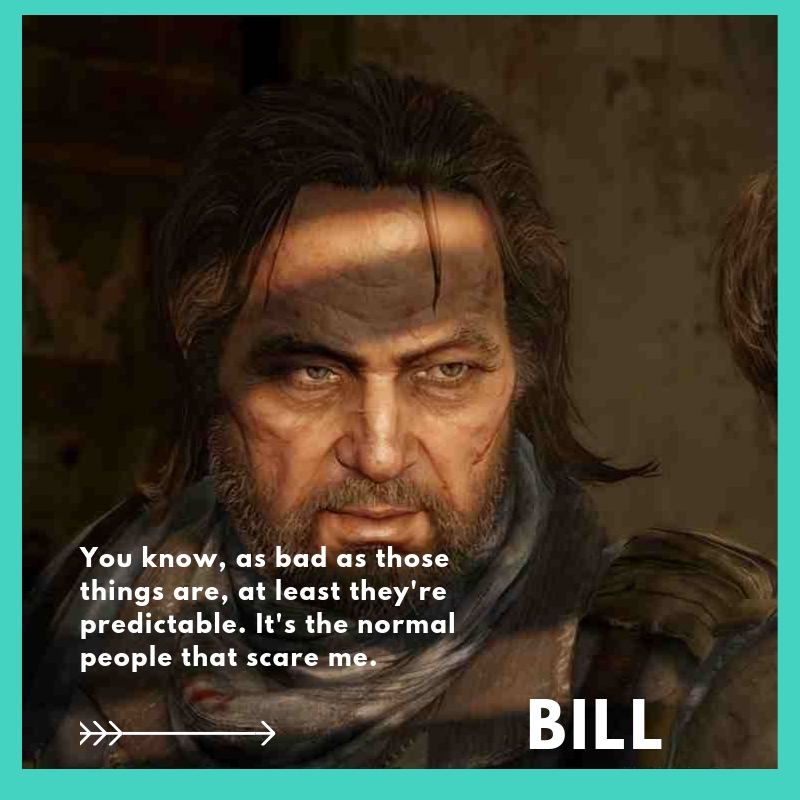 You know, as bad as those things are, at least they’re predictable. It’s the normal people that scare me. – Bill

Tell them that… Ellie is the little girl… that BROKE YOUR FUCKING FINGER!!! – Ellie

You’re lucky you’re still drawing breath. That was plan A, B, C, all the way to fuckin’ Z! – Bill

Listen to me — if I get in trouble down there, you make every shot count. Yeah? – Joel

Lyin’ on the couch watchin’ Sunday football. That greasy smell of a downtown hot dog. Fourth of July, family barbecues. The sound of a plane flyin’ overhead. Just one peaceful night… a clean conscience — all gone…. – Joel

And just so we’re clear about back there… It was either him or me. – Joel 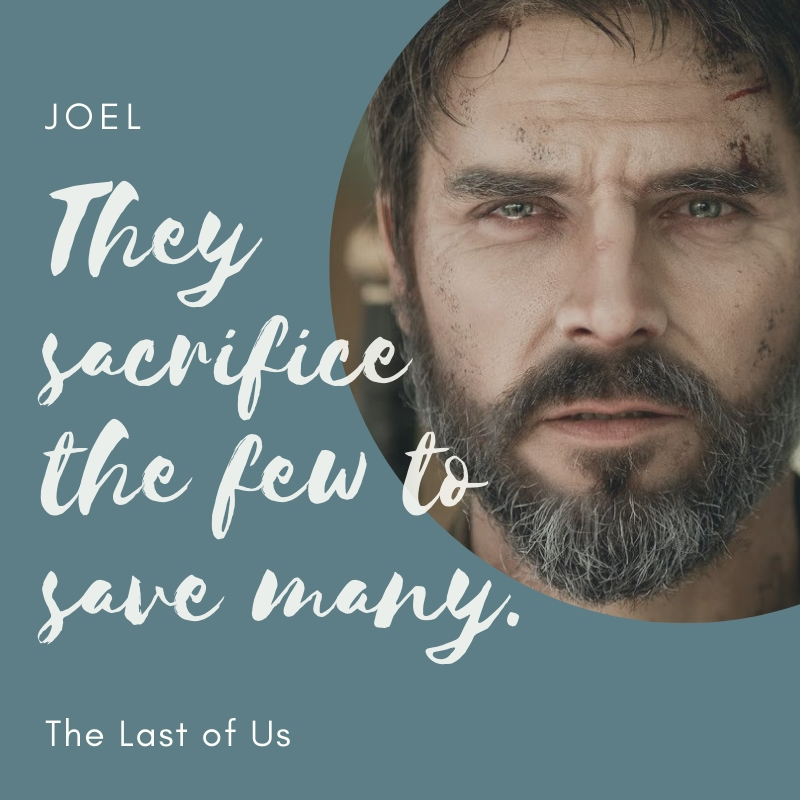 They sacrifice the few to save many. – Joel

You’re lucky you’re still drawing breath. That was plan A, B, C, all the way to fuckin’ Z! – Bill

Well, maybe in all that research they turned into fucking monkeys. – Ellie

Where are anyone’s parents? They’ve been gone a long, long time. – Ellie

To the edge of the universe and back. Endure and survive.

I will not turn into one of those things. Come on. Make this easy for me. – Tess

I lost most of my crew crossing the country. I pretty much lost everything. And then you show up and somehow we find you just in time to save her. [beat] Maybe it was meant to be. – Marlene

Now, this winter has been especially cruel. A few weeks back, I… sent a group of men out — nearby town to look for food. Only a few came back. They said that the other had been… slaughtered by a crazy man. And get this — he’s a crazy man travelin’ with a little girl. You see? Everything happens for a reason. – David

It’s 5:30PM on… April 28th. I just finished speaking… More like yelling at our head surgeon. Apparently there’s no way to extricate the parasite without eliminating the host. Fancy way of saying we gotta kill the fucking kid. And now they’re asking for my go ahead. The tests just keep getting harder and harder, don’t they? I’m so tired. I’m exhausted and I just want this to end… So be it. – Marlene

You’re gonna be really happy you didn’t kill me. – Henry

You’re gonna be really happy you didn’t kill me.

Have you ever played The Last of Us? The awesome game is not only action-packed but also full of memorable quotes. If you are a fan of this game, you will definitely enjoy reading these quotes that we have prepared for you!