Inuyasha was a popular manga series created by Rumiko Takahashi. It premiered in Weekly Shonen Sunday on November 1996 and concluded on June 2008.

The story begins when Kagome, a 15-year-old schoolgirl fell into a well on their family shrine. She was accidentally transported back to the Sengoku era Japan where she meets Inuyasha – a half-dog demon whom she became allied with. When the magical Shikon Jewel that she possesses shattered, it became their mission to retrieve all the pieces before the powerful demon Naraku finds it.

If you love their hilarious adventures, here are some quotes that were spoken by your favorite characters that you will certainly find sentimental. 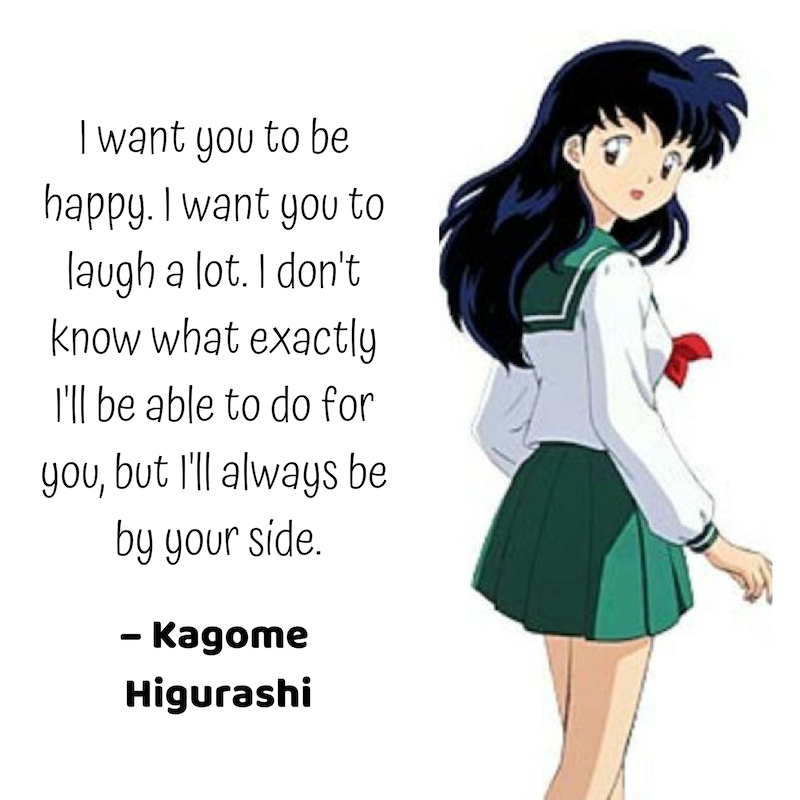 I want you to be happy. I want you to laugh a lot. I don’t know what exactly I’ll be able to do for you, but I’ll always be by your side. 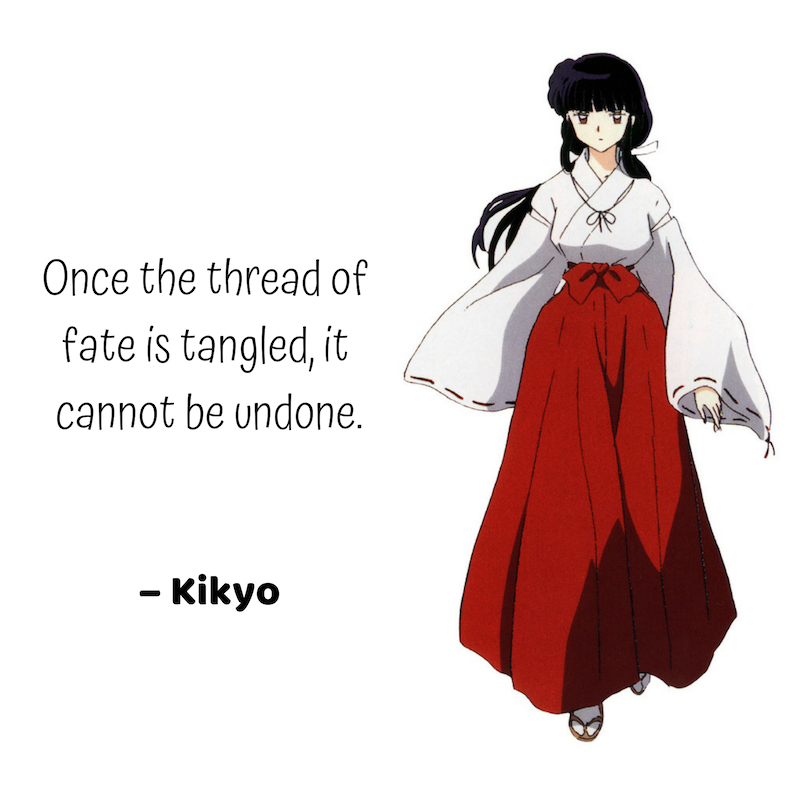 Once the thread of fate is tangled, it cannot be undone. 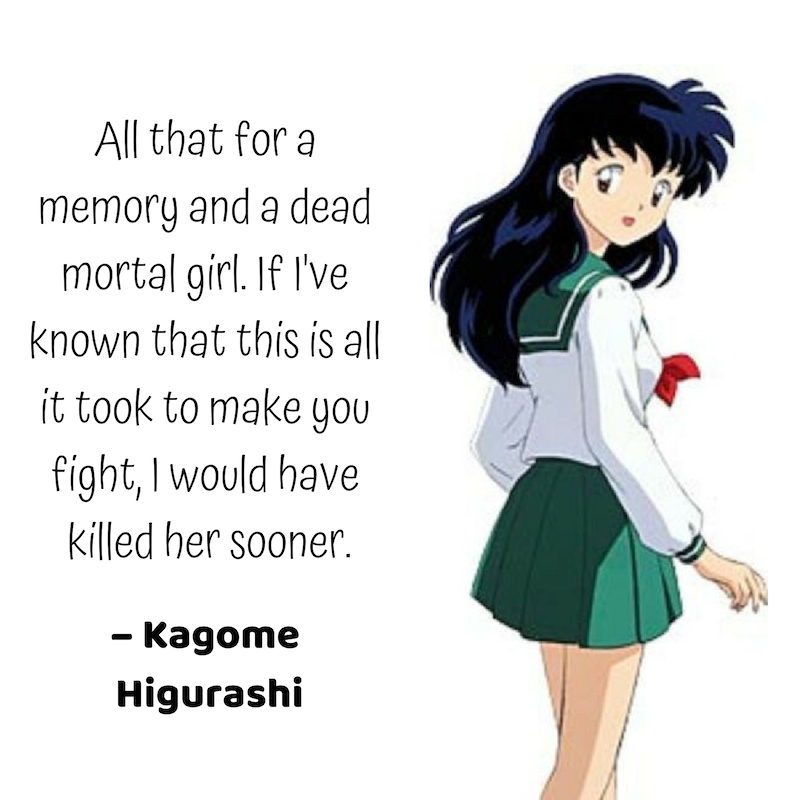 All that for a memory and a dead mortal girl. If I’ve known that this is all it took to make you fight, I would have killed her sooner. 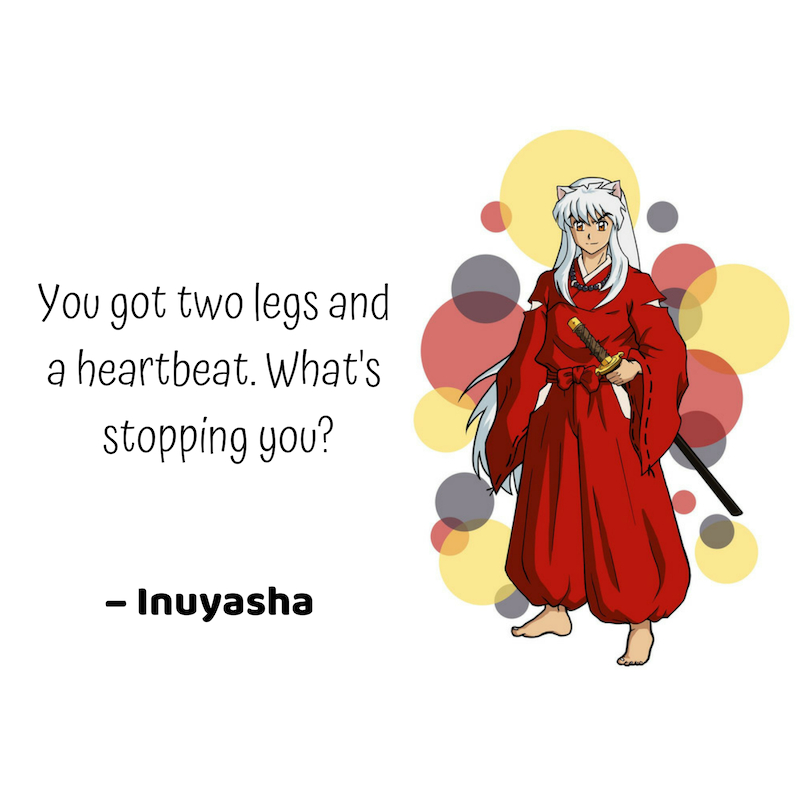 You got two legs and a heartbeat. What’s stopping you? 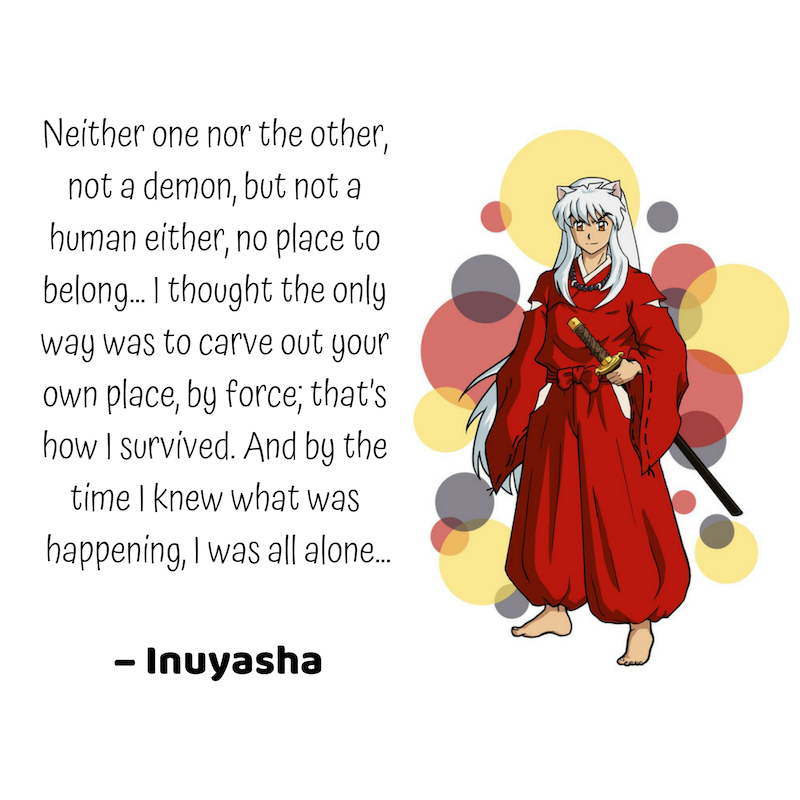 Neither one nor the other, not a demon, but not a human either, no place no belong… I thought the only way was to carve out your own place, by force; that’s how I survived. And by the time I knew what was happening, I was all alone… 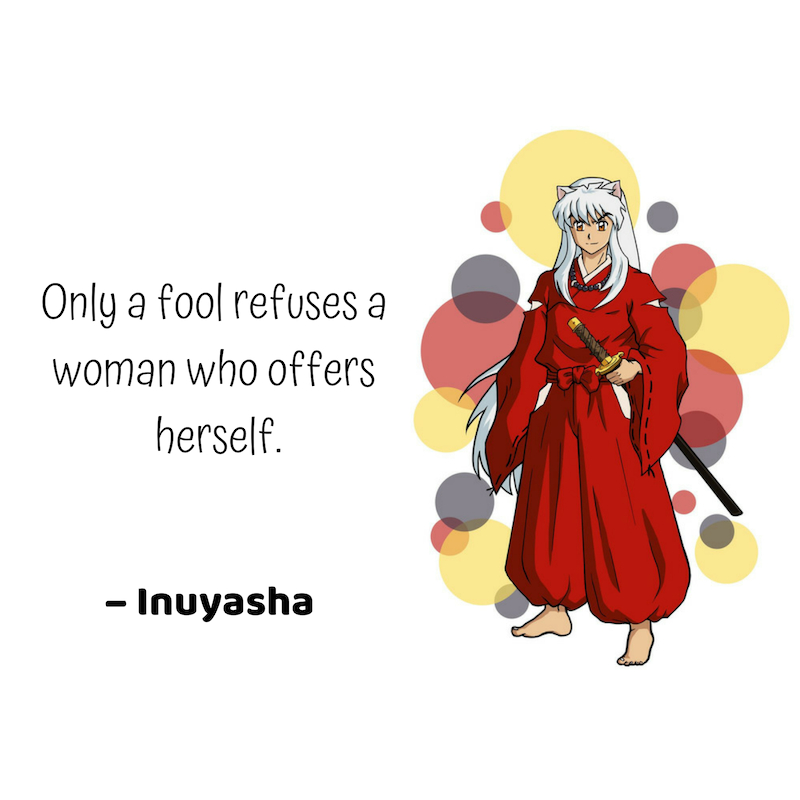 Only a fool refuses a woman who offers herself. 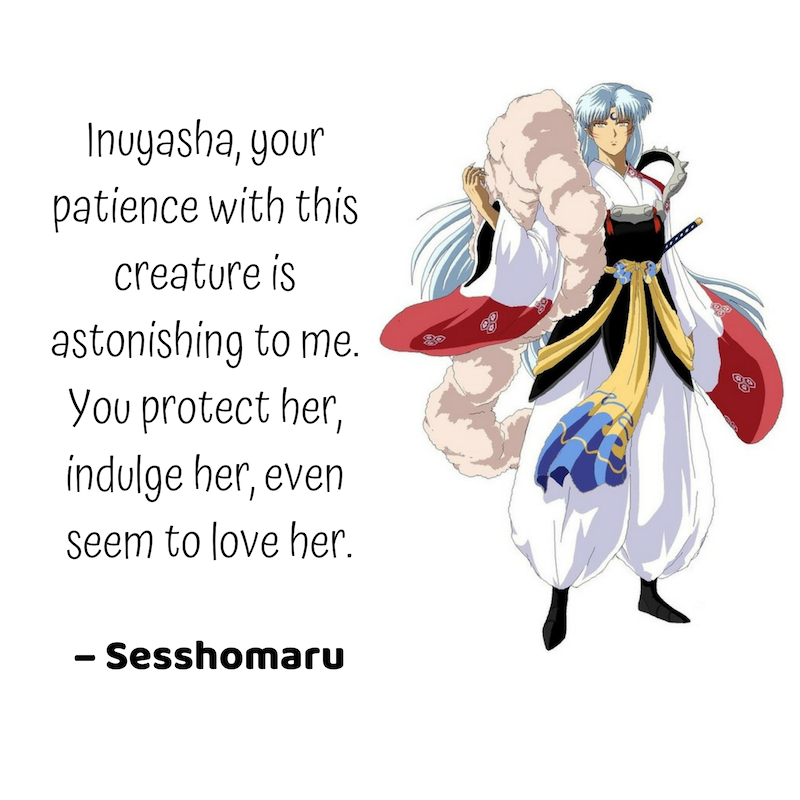 Inuyasha, your patience with this creature is astonishing to me. You protect her, indulge her, even seem to love her. 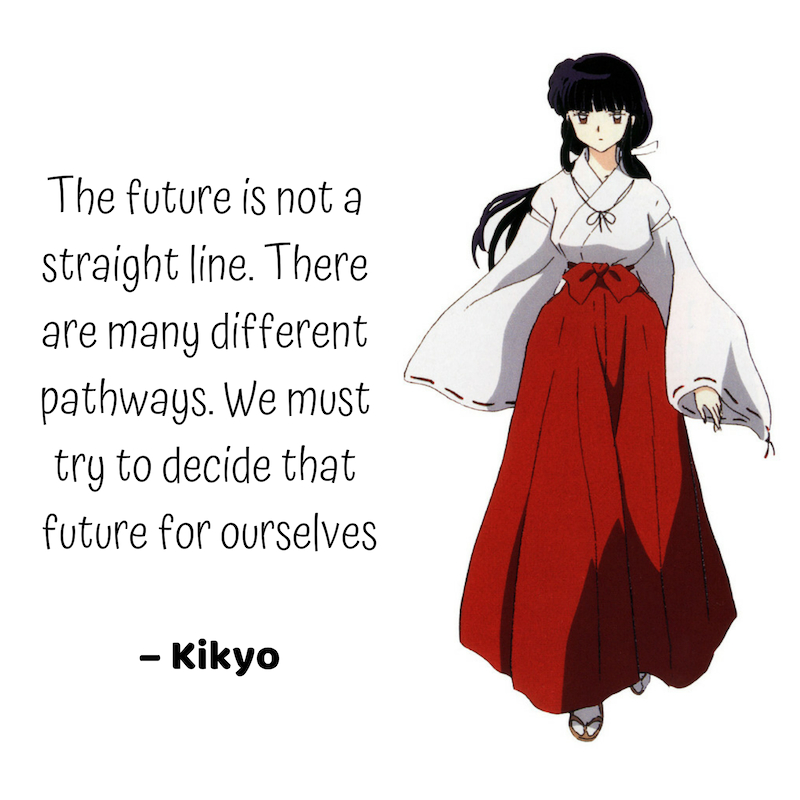 The future is not a straight line. There are many different pathways. We must try to decide that future for ourselves. 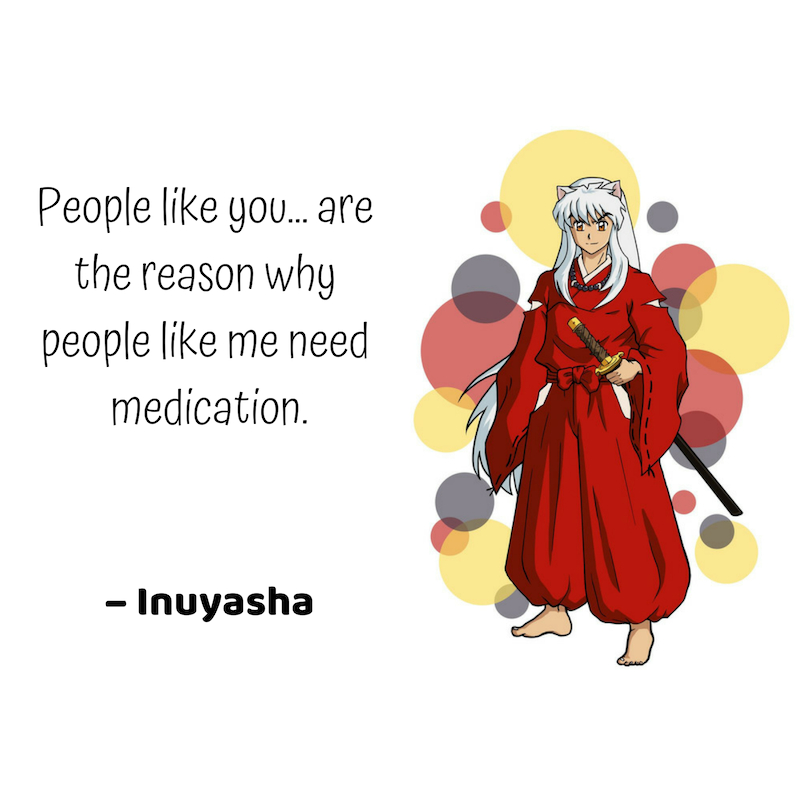 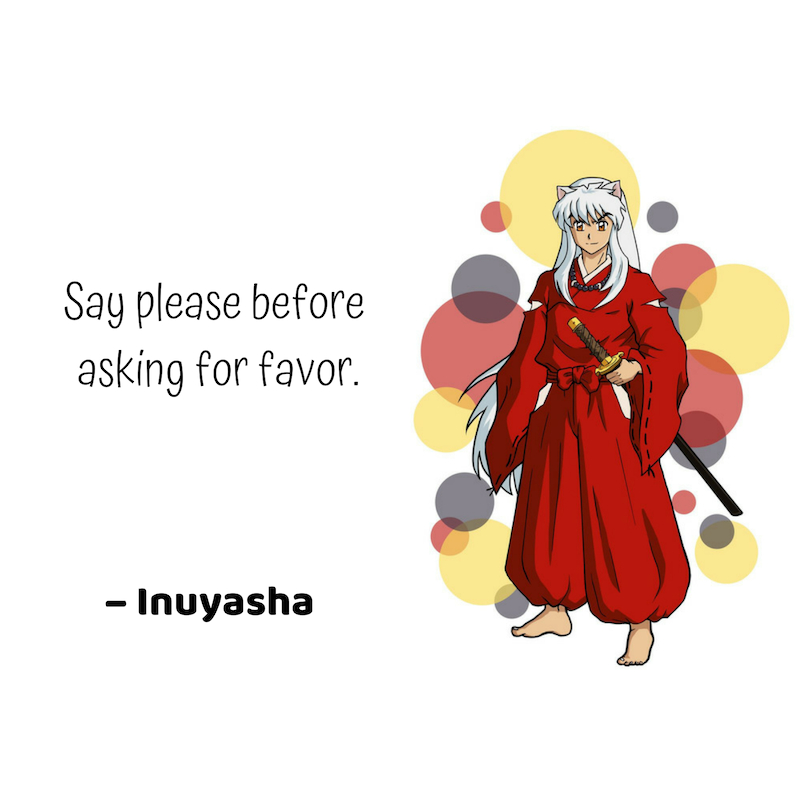 Say please before asking for favor.

Have you seen Inuyasha? If you are one of the fans of the hit anime and manga series Inuyasha, you will certainly find these quotes funny and inspiring.