GTA 5, also known as Grand Theft Auto V or GTA V, is a video game developed by Rockstar North. It is the fifteenth installment of the GTA series and a sequel to the GTA IV. The game’s original edition for the PlayStation 3 and Xbox 360 was released on September 17, 2013. The PlayStation 4 and Xbox One versions were released on Novermber18, 2014, and the PC version on April 14, 2015.

If you are a fan of this great game, then these GTA 5 quotes that we have gathered is for you!

You tell me exactly what you want, and I will very carefully explain to you why it cannot be. – Simeon Yetarian 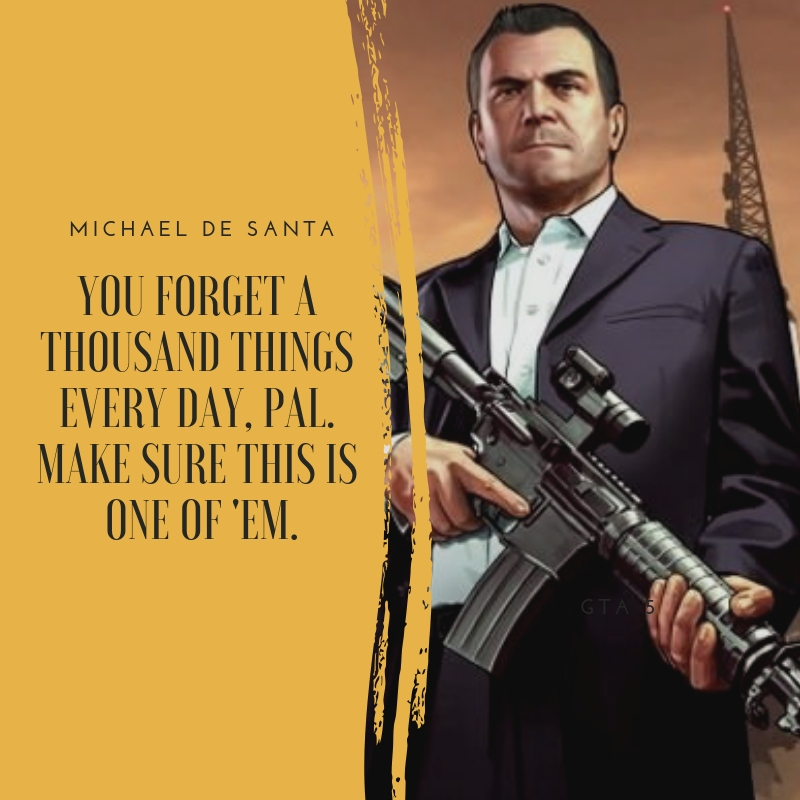 You forget a thousand things every day, pal. Make sure this is one of ’em. – Michael de Santa

Surviving is winning, Franklin, everything else is bullshit. Fairy tales spun by people too afraid to look life in the eye. Whatever it takes, kid: survive. – Michael de Santa 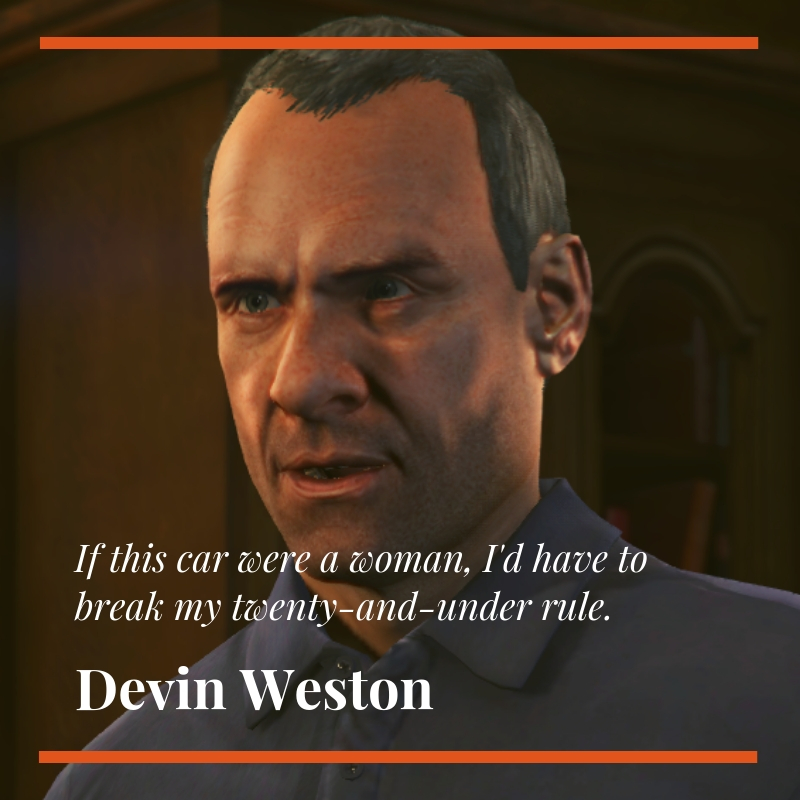 If this car were a woman, I’d have to break my twenty-and-under rule. – Devin Weston 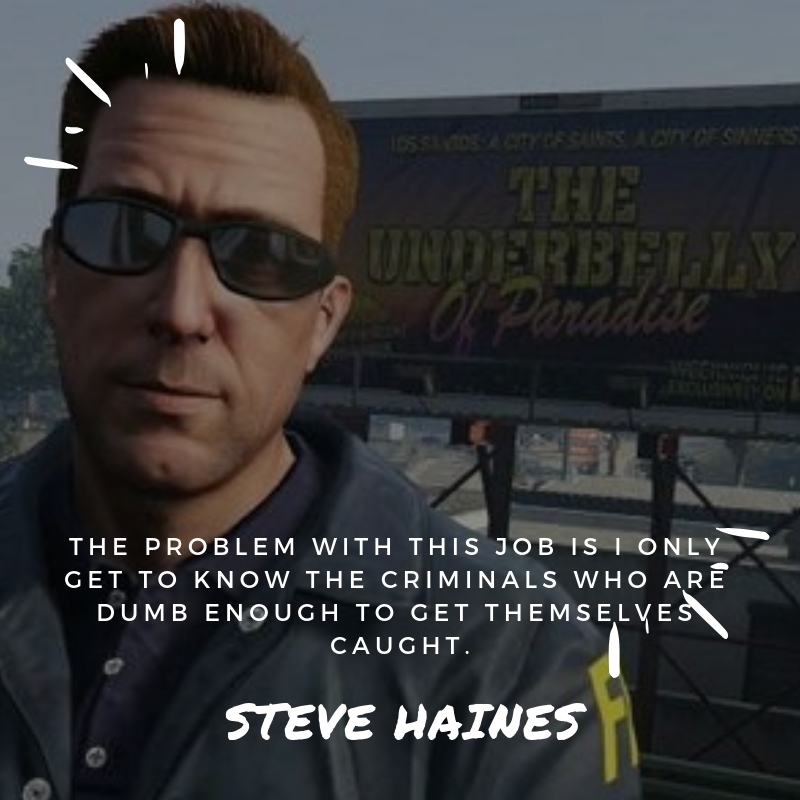 The problem with this job is I only get to know the criminals who are dumb enough to get themselves caught. – Steve Haines

Some of the government… some of it is pretty corrupt. – Dave Norton

We are about to put the Darwinism back in Social Darwinism, and brother, it’s gonna be fun. – Lester Crest

I am diversification personified… or personification diversified. – Trevor Philips

You look like you struggle with simple tasks. – Trevor Philips

Lonely? Eh, I couldn’t say. I mean, not really. A road’s a road. It ain’t got abandonment issues. – Lamar Davis

You know, I’ve been in this game for a lot of years and I got out alive. If you want my advice – give the shit up. – Michael de Santa

You make me want a lobotomy! – Trevor Philips

Look, people used to like films. Now they like what? Videoing themselves beating off on their iFruit phones. Don’t blame me. – Devin Weston

I don’t know what all these naysayers are talking about. I’m cranked out on speed most of the time, but I am productivity personified. – Trevor Philips

Come one, come all, I say. This country has bigger things to worry about. – Trevor Philips

You’re like every other asshole. You made a bit of money, and you became a turd. – Trevor Philips

Have you ever played Grand Theft Auto? Then you will certainly love reading these GTA5 quotes that we have collected especially for you!