Vernon Francis Gallagher, also known as Frank Gallagher, is the patriarch of the dysfunctional American family in the hit TV show Shameless. He is portrayed by William H. Macy in the American version and David Threlfall in the UK version. Frank’s significant accomplishments are drunken rants of historical, philosophical, and literary nature. He strongly includes himself upon the working class, believing that they are discriminated against. When he is drunk, his children have no choice but to take care of themselves.

If you are a fan of the hit TV series, you will notice that even though the quotes came from a drunk character, they actually have some shred of truth. 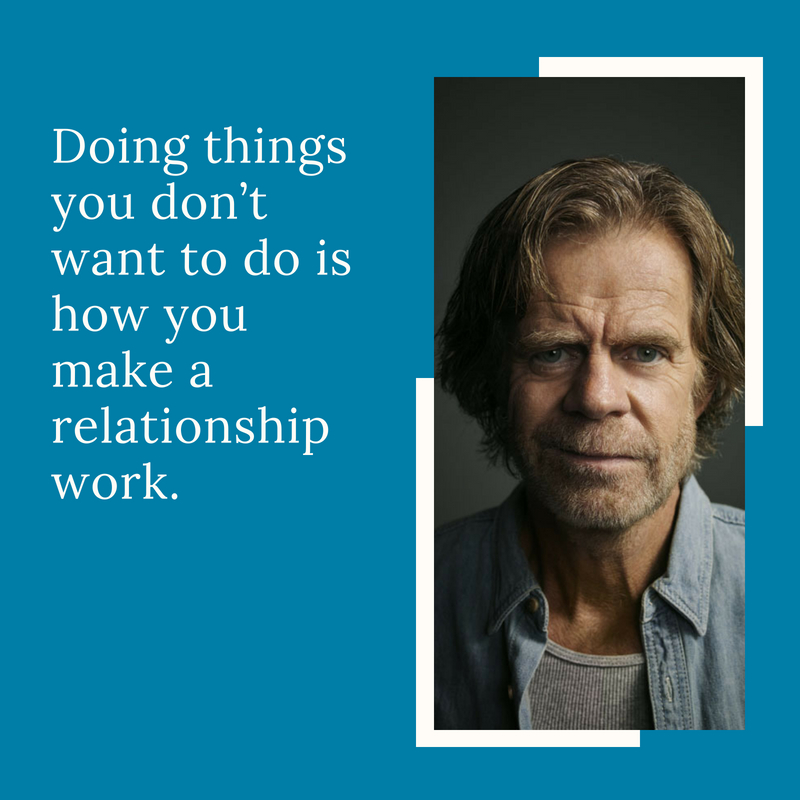 Doing things you don’t want to do is how you make a relationship work. 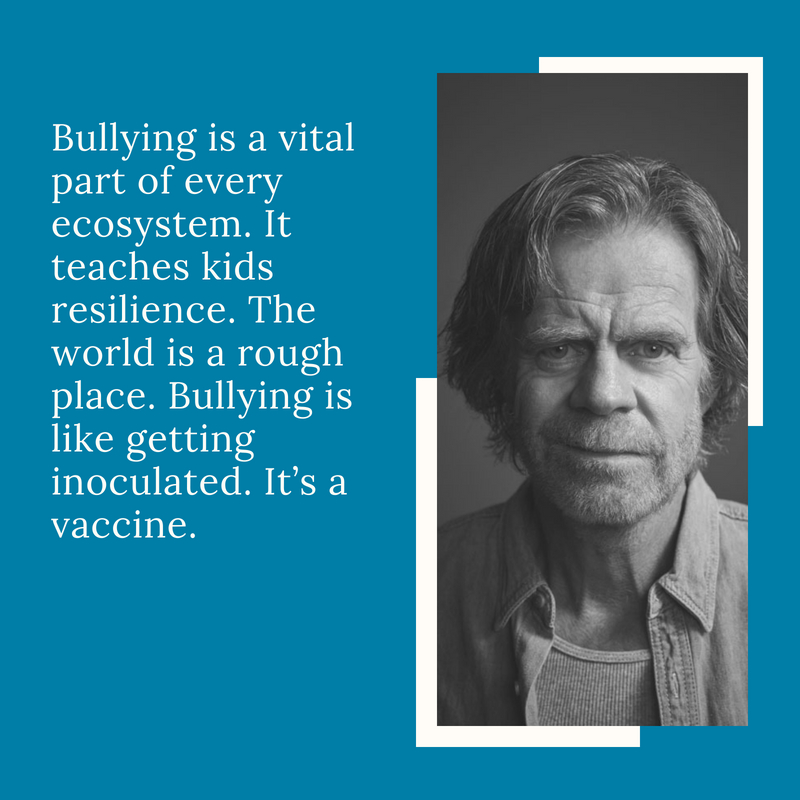 Bullying is a vital part of every ecosystem. It teaches kids resilience. The world is a rough place. Bullying is like getting inoculated. It’s a vaccine. 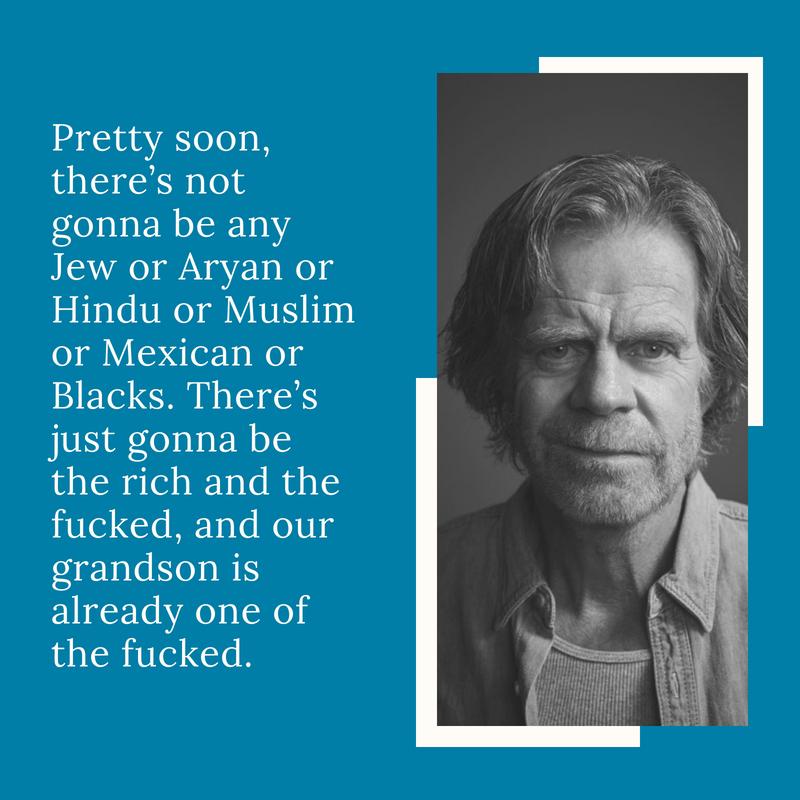 Pretty soon, there’s not gonna be any Jew or Aryan or Hindu or Muslim or Mexican or Blacks. There’s just gonna be the rich and the fucked, and our grandson is already one of the fucked. 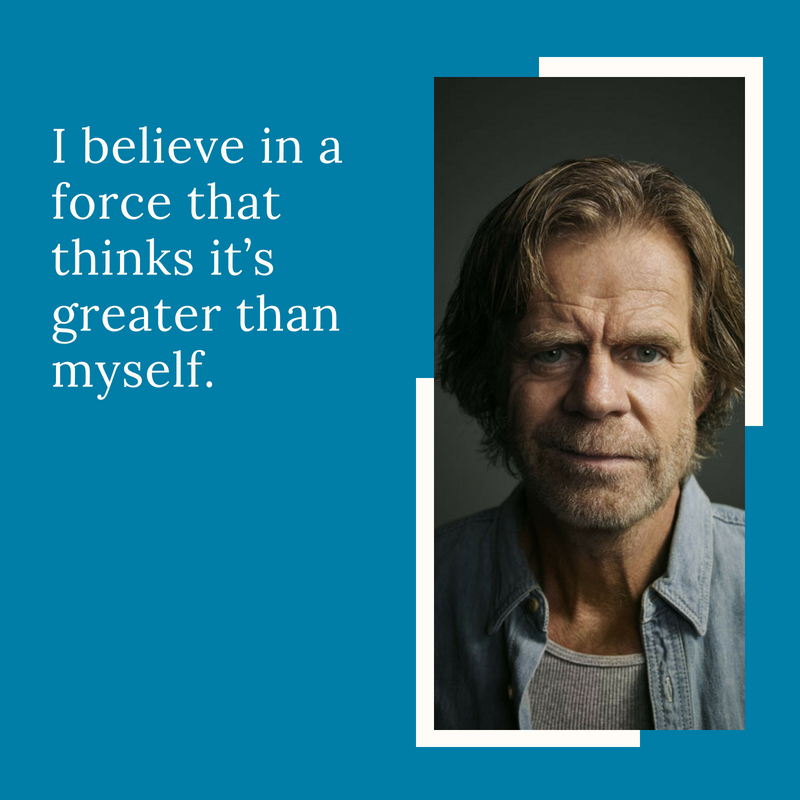 I believe in a force that thinks it’s greater than myself. 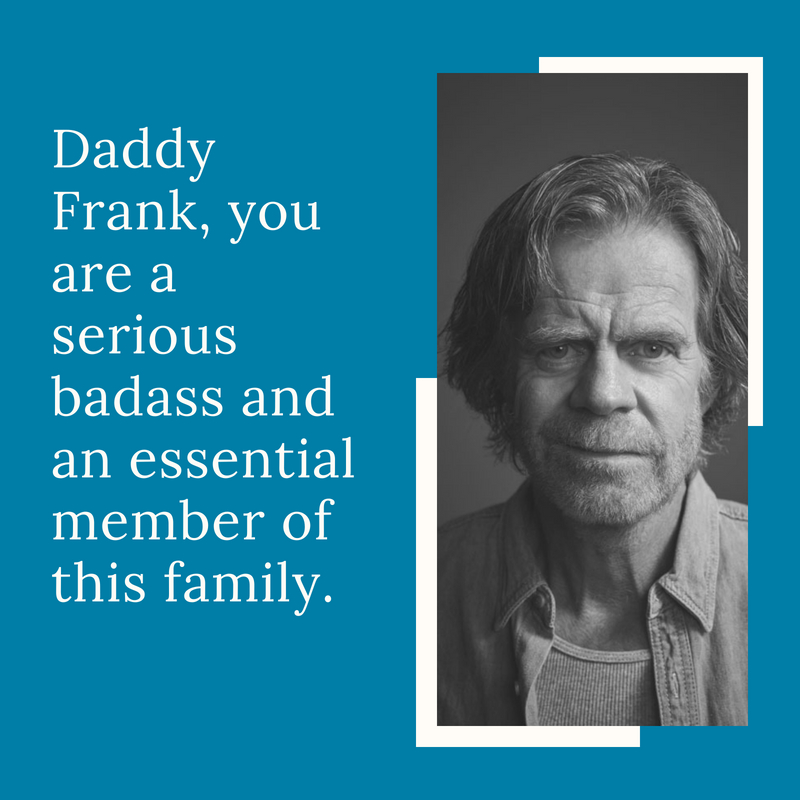 Daddy Frank, you are a serious badass and an essential member of this family. 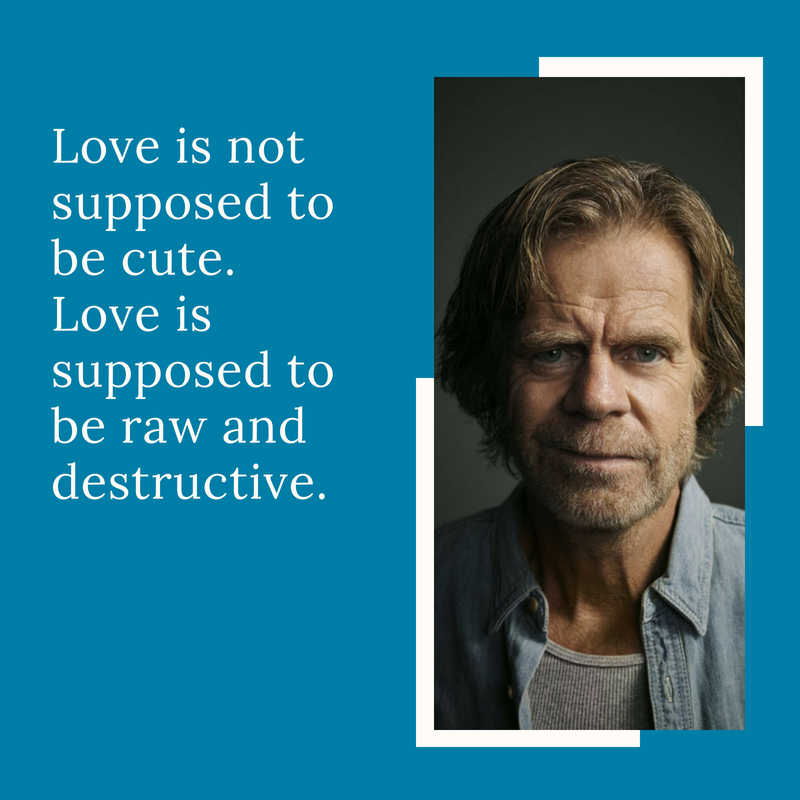 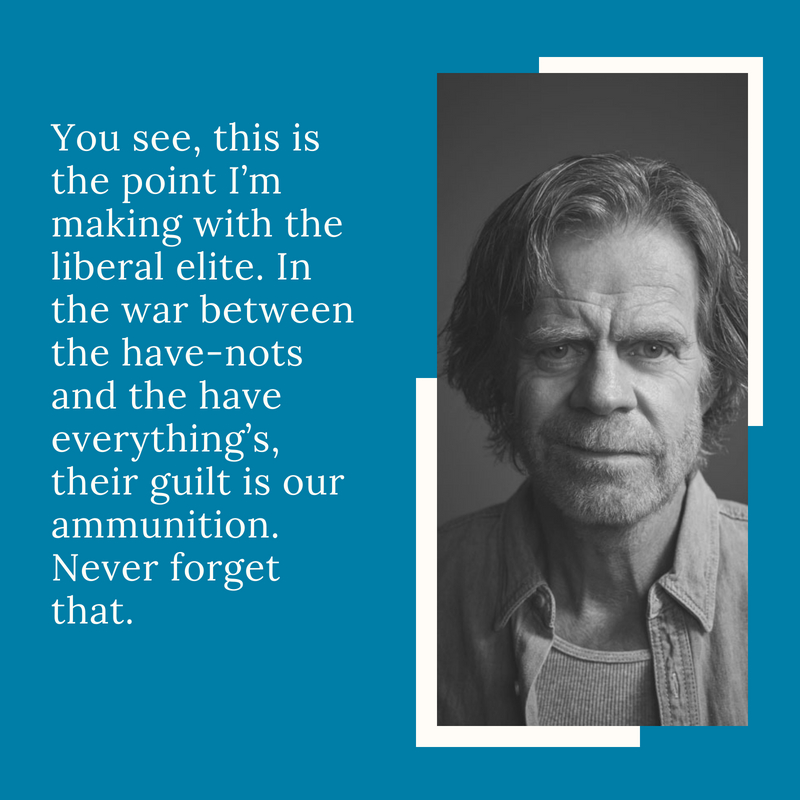 You see, this is the point I’m making with the liberal elite. In the war between the have-nots and the have everything’s, their guilt is our ammunition. Never forget that. 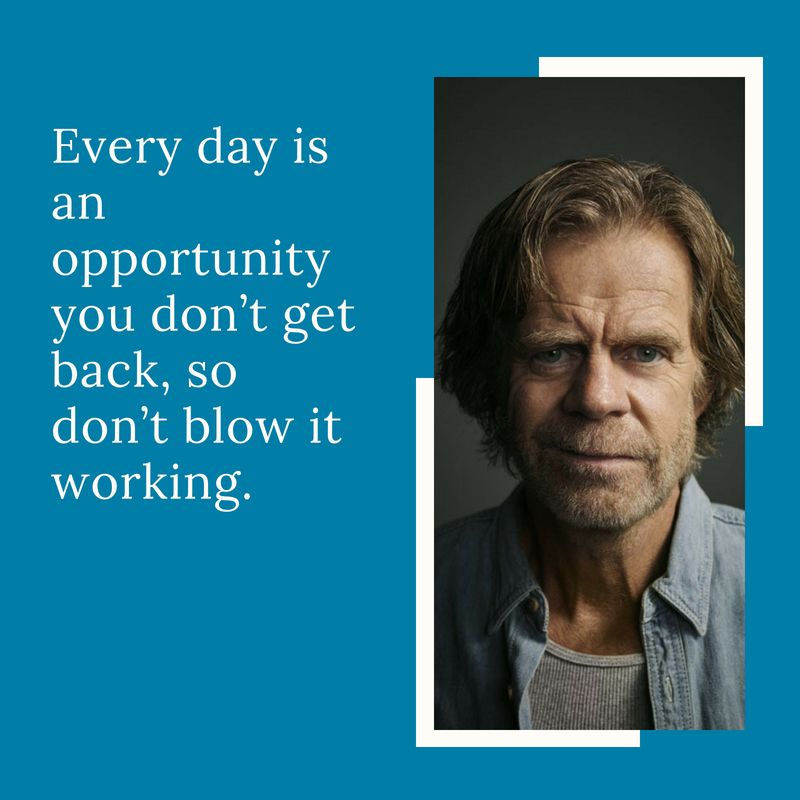 Every day is an opportunity you don’t get back, so don’t blow it working. 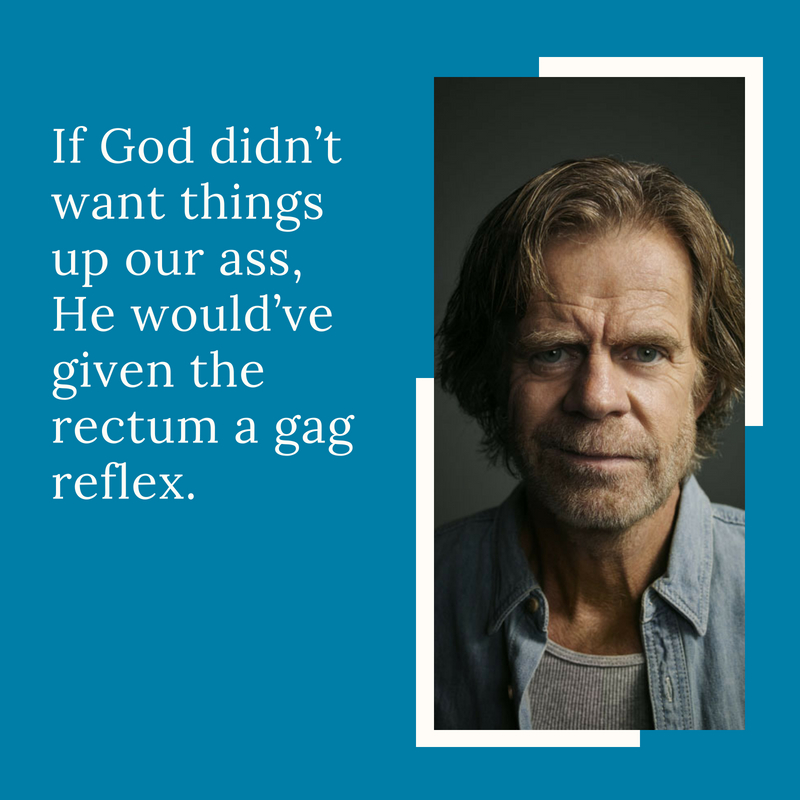 If God didn’t want things up our ass, He would’ve given the rectum a gag reflex. 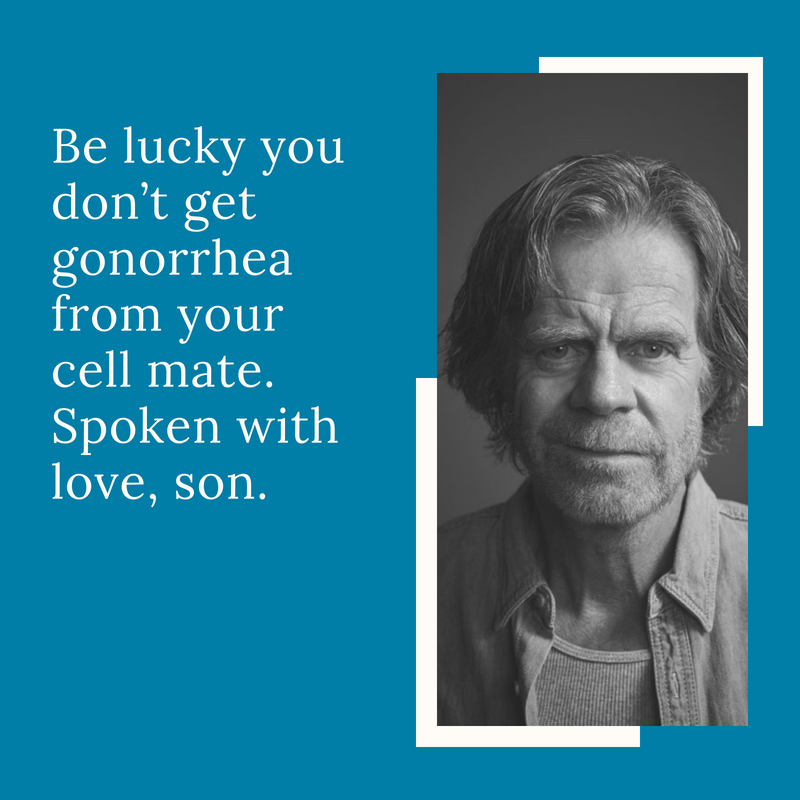 Be lucky you don’t get gonorrhea from your cell mate. Spoken with love, son. 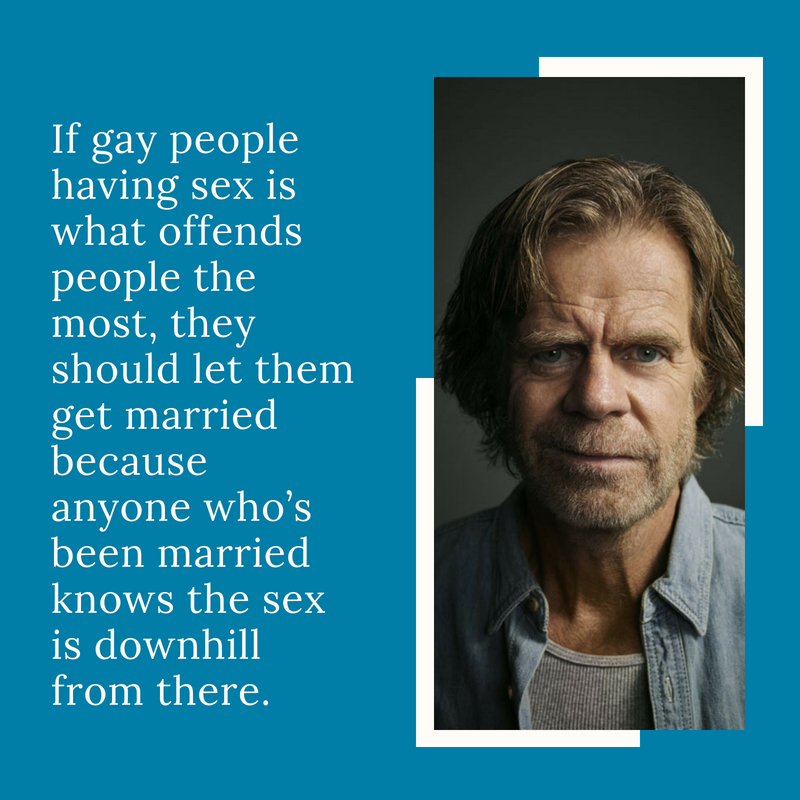 If gay people having sex is what offends people the most, they should let them get married because anyone who’s been married knows the sex is downhill from there. 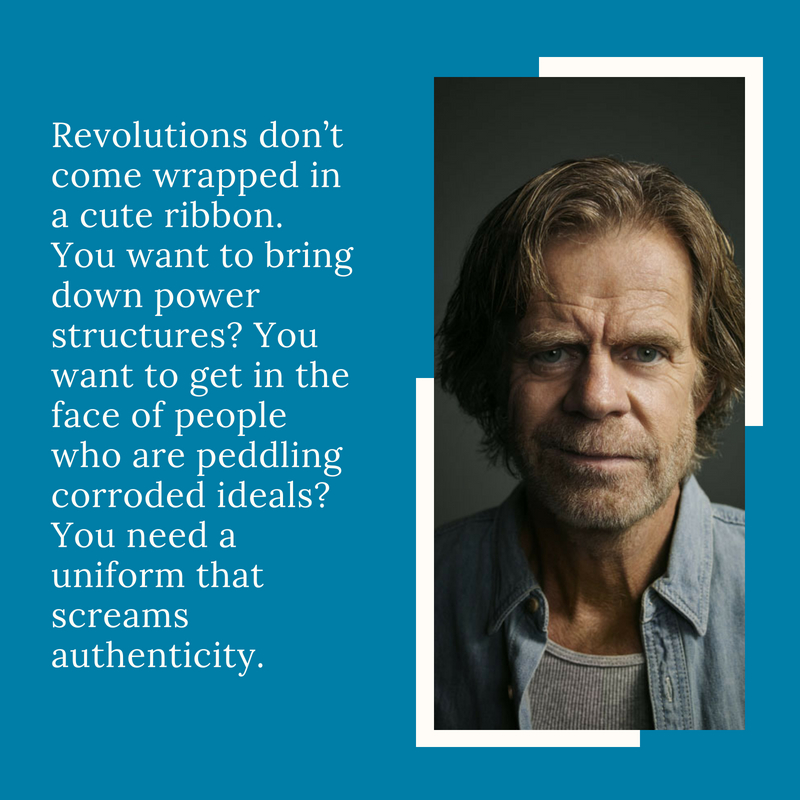 Revolutions don’t come wrapped in a cute ribbon. You want to bring down power structures? You want to get in the face of people who are peddling corroded ideals? You need a uniform that screams authenticity. 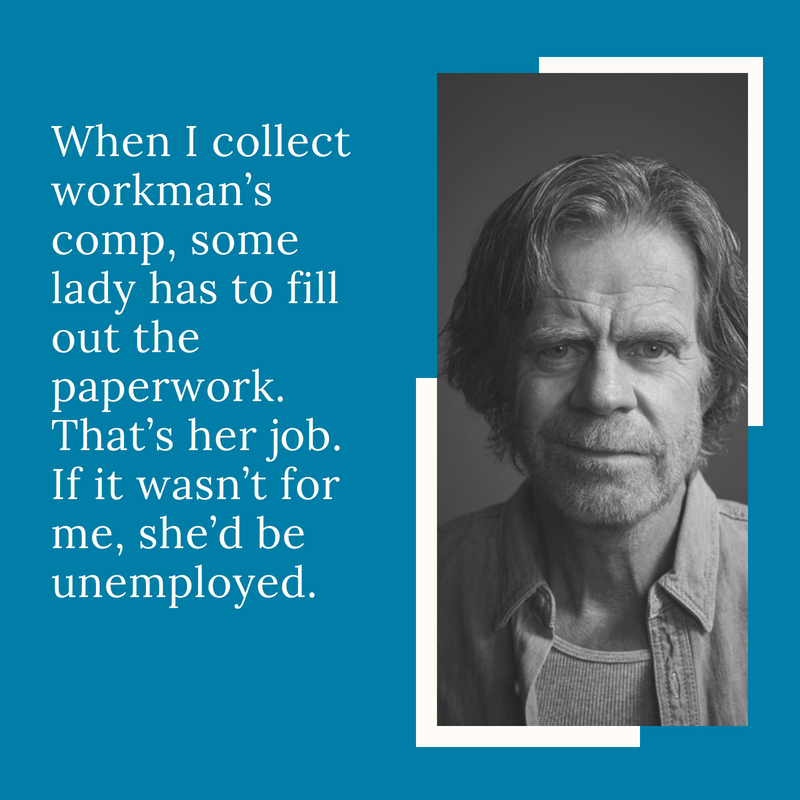 When I collect workman’s comp, some lady has to fill out the paperwork. That’s her job. If it wasn’t for me, she’d be unemployed.

This is not a dictatorship. This is America. Give me liberty, or give me meth. 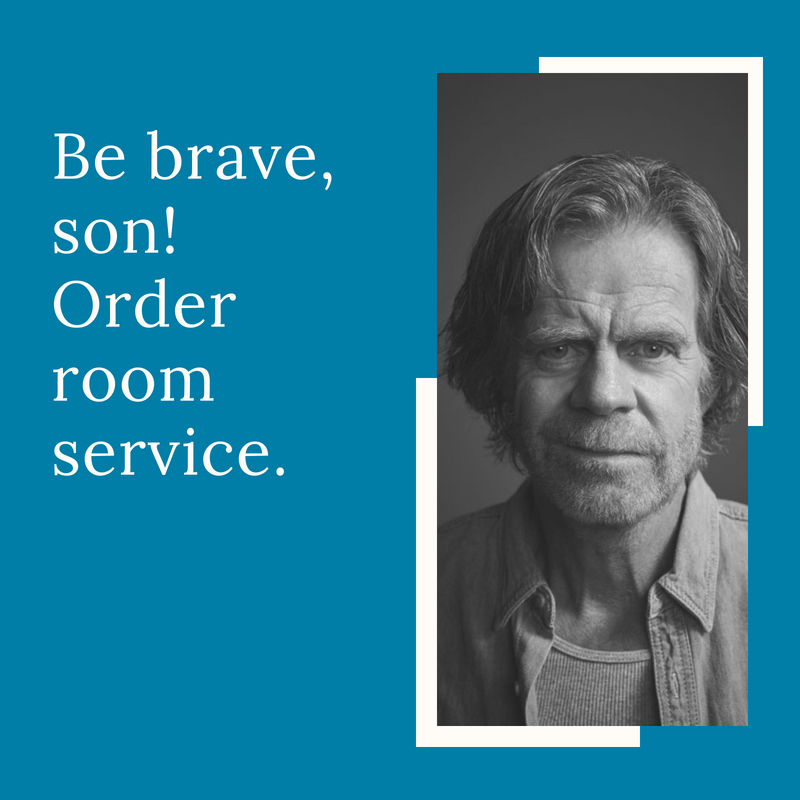 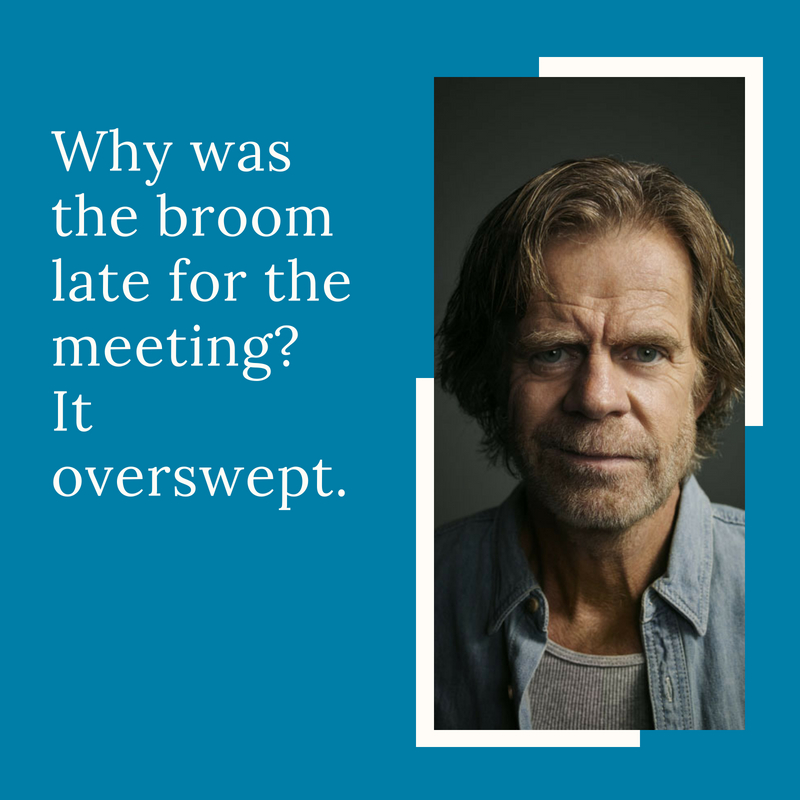 Why was the broom late for the meeting? It overswept. 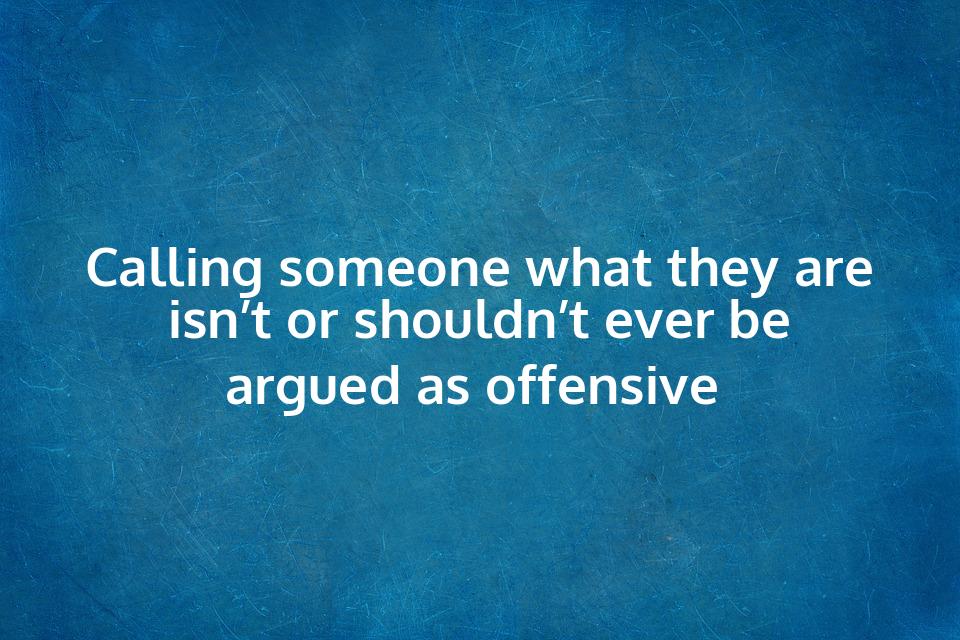 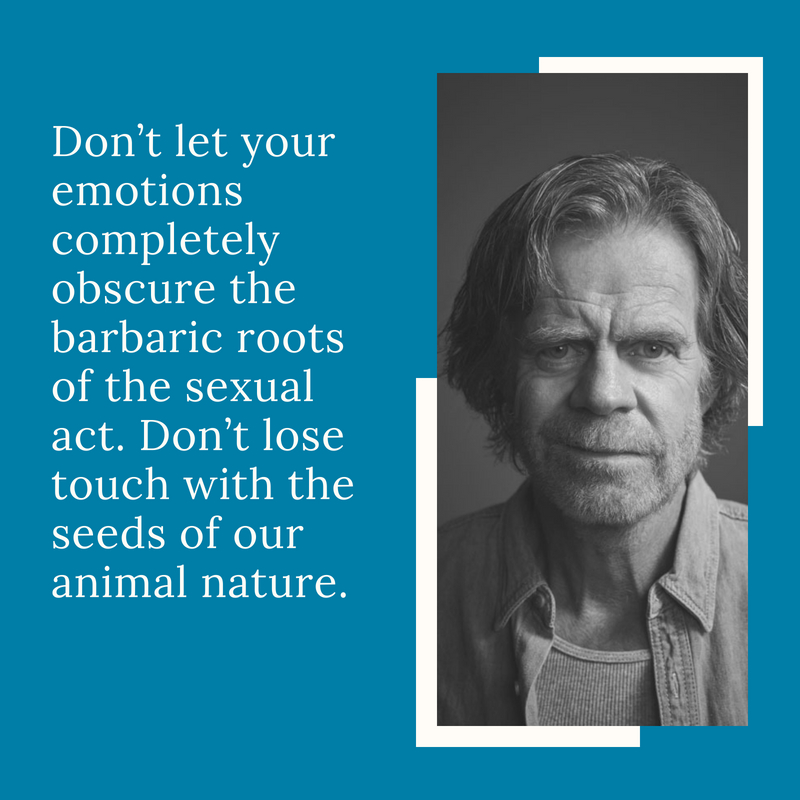 Don’t let your emotions completely obscure the barbaric roots of the sexual act. Don’t lose touch with the seeds of our animal nature. 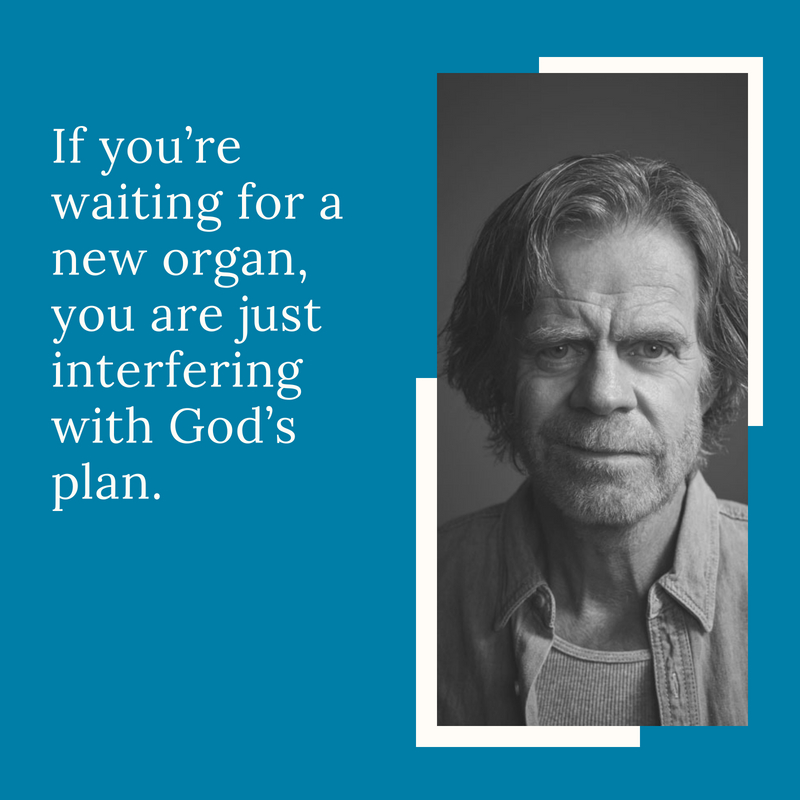 If you’re waiting for a new organ, you are just interfering with God’s plan. 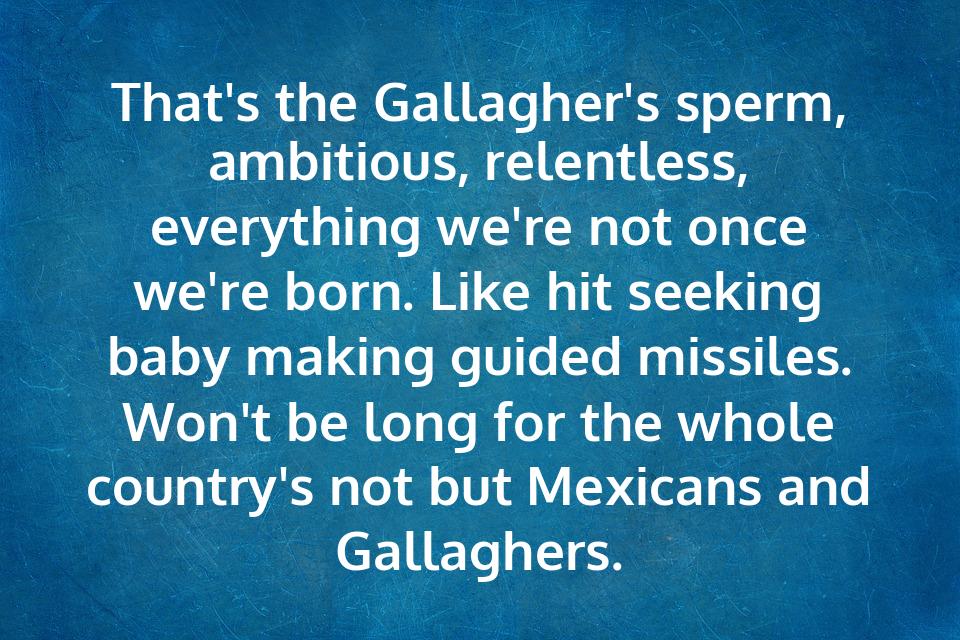 That’s the Gallagher’s sperm, ambitious, relentless, everything we’re not once we’re born. Like hit seeking baby making guided missiles. Won’t be long for the whole country’s not but Mexicans and Gallaghers. 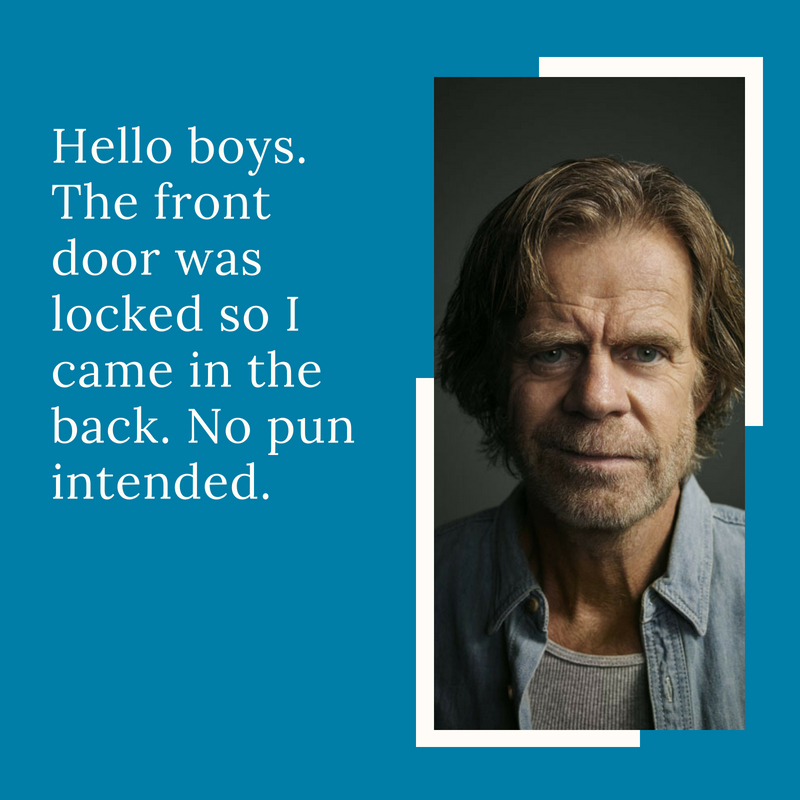 Hello boys. The front door was locked so I came in the back. No pun intended.

Are you a fan of the hit TV show Shameless? These 10 Frank Gallagher quotes will not only tickle your funny bone but also stimulate your mind. Topics of Frank’s drunken rants range from philosophy, history, and literature – most of which have significance in today’s settings.