Henry Charles Bukowski, (August 16, 1920 – March 9, 1994) also known by his pen-name Charles Bukowski, was a German-American short story writer, poet, and novelist. His works are heavily influenced by the economic, social, and cultural ambiance of his home city Los Angeles, California. Throughout his writing career, Bukowski wrote thousands of poems, hundreds of short stories, and six novels. His famous works are Poems Written Before Jumping Out of an 8 Story Window and Burning Water, Drowning in Flame. In 1986, Time magazine called him laureate of lowlife. He died of Leukemia in 1994.

After his death in 1994, Bukowski’s work has become the subjected of numerous critical articles about his writings, despite his works having received little attention from literary critics when he was alive. 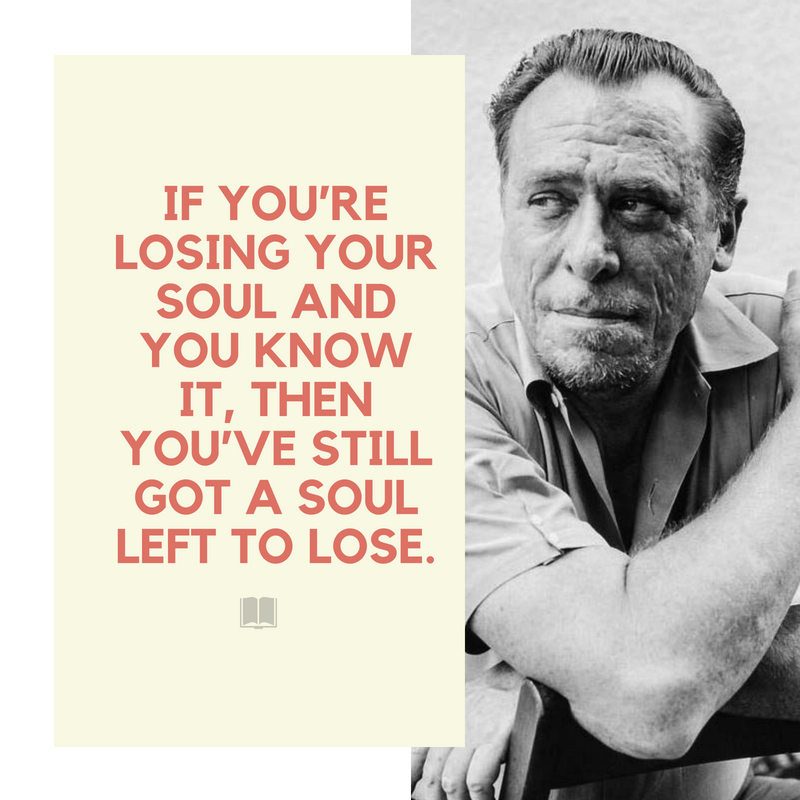 If you’re losing your soul and you know it, then you’ve still got a soul left to lose. 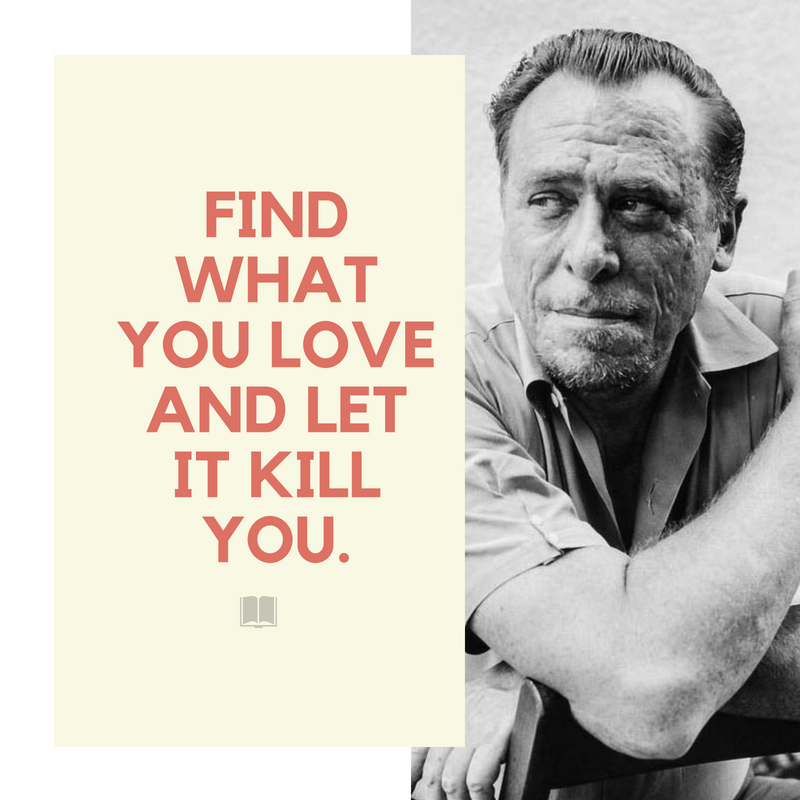 Find what you love and let it kill you. 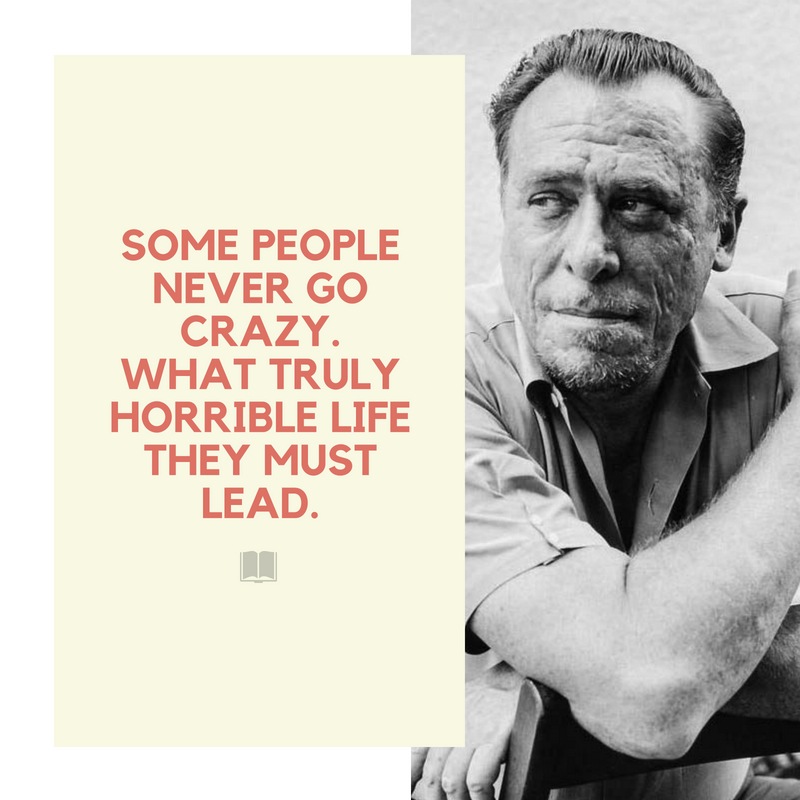 Some people never go crazy. What truly horrible life they must lead. 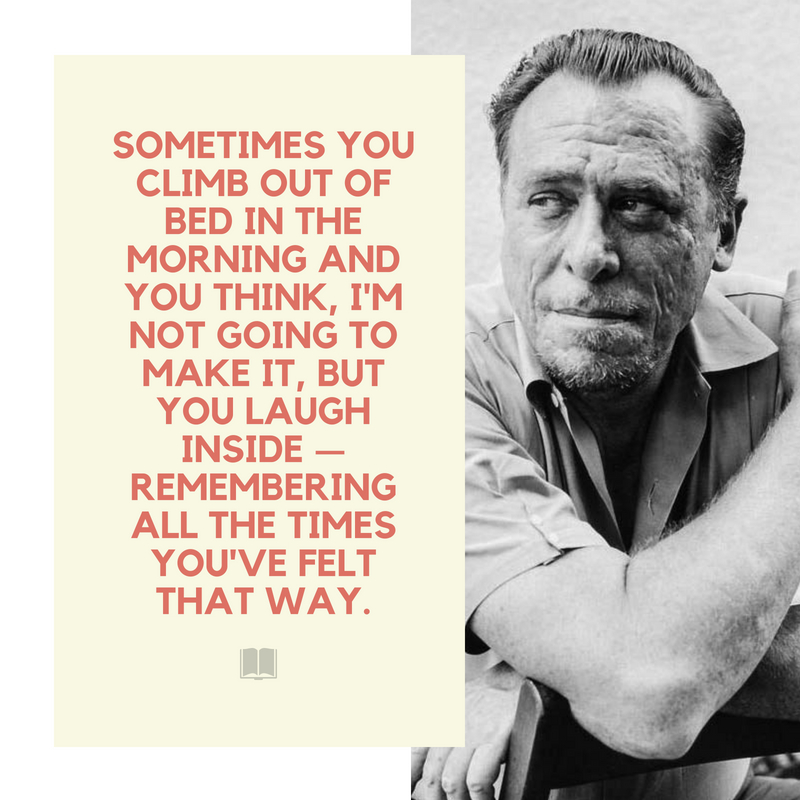 Sometimes you climb out of bed in the morning and you think, I’m not going to make it, but you laugh inside — remembering all the times you’ve felt that way. 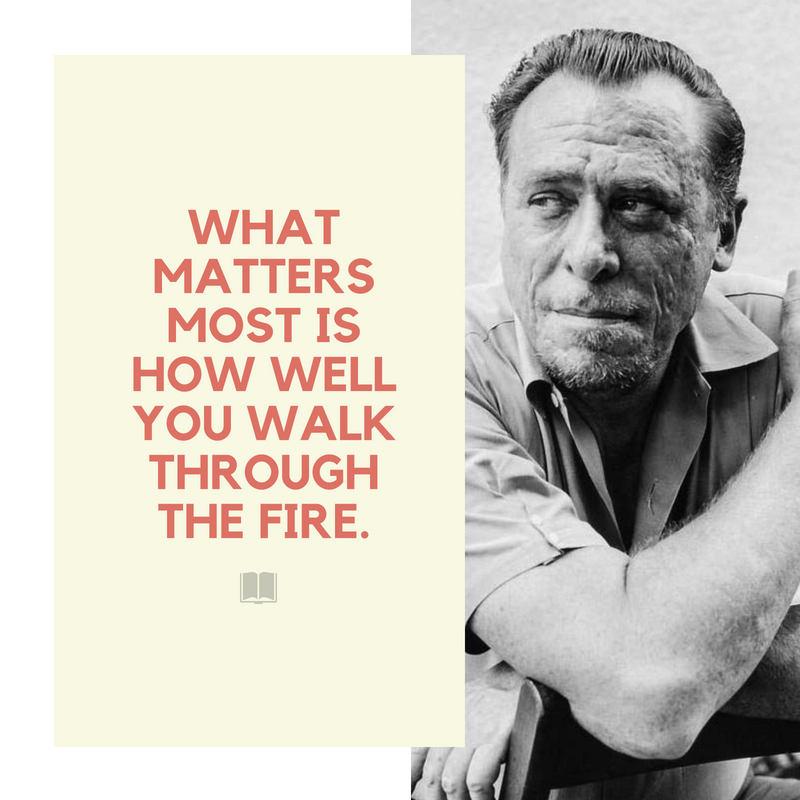 What matters most is how well you walk through the fire. 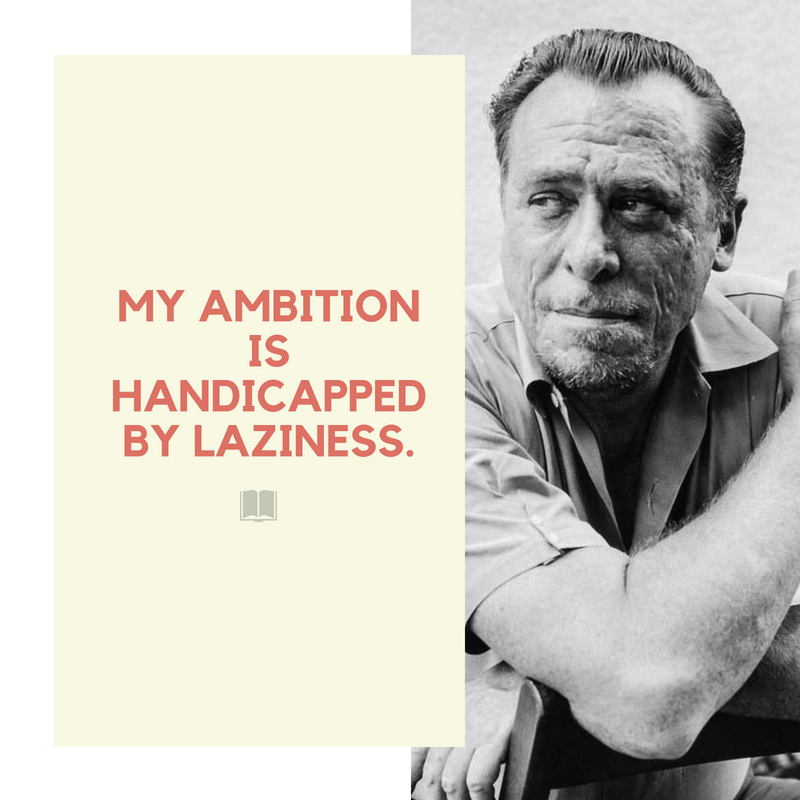 My ambition is handicapped by laziness. 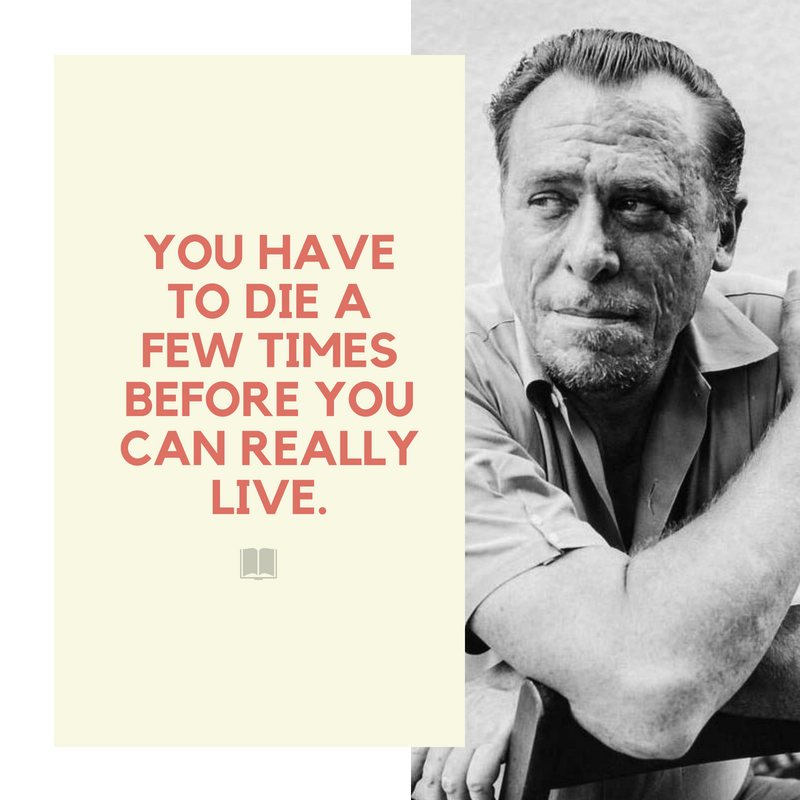 You have to die a few times before you can really live. 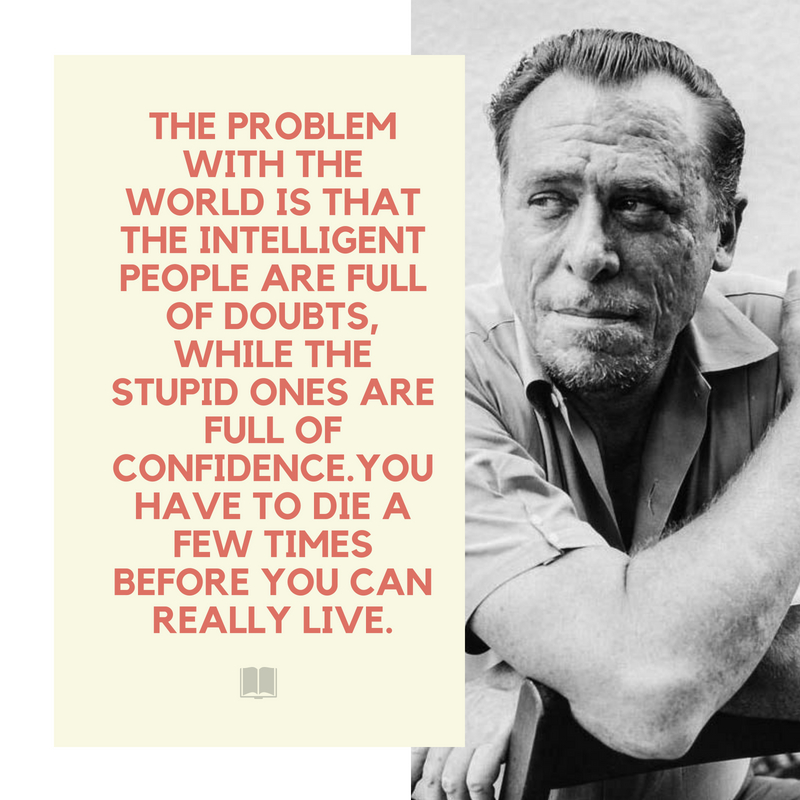 The problem with the world is that the intelligent people are full of doubts, while the stupid ones are full of confidence. 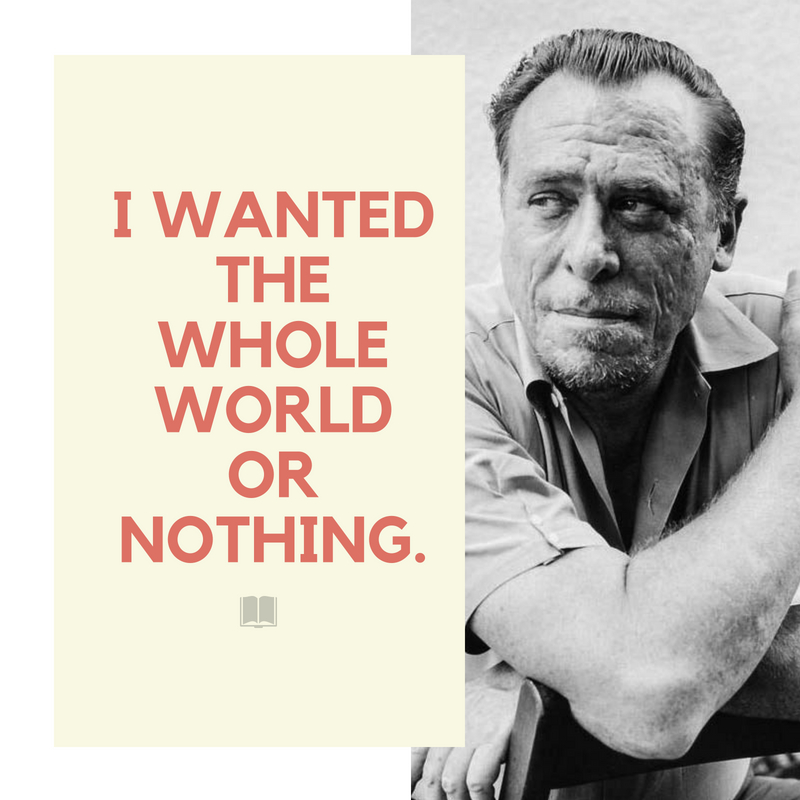 I wanted the whole world or nothing. 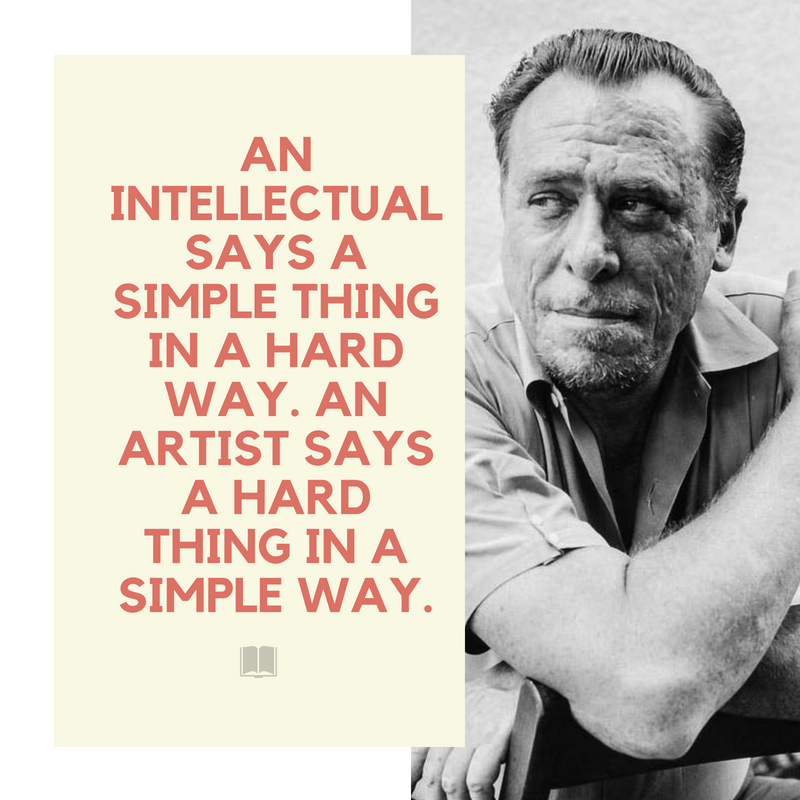 An intellectual says a simple thing in a hard way. An artist says a hard thing in a simple way.

Do you know Charles Bukowski? If you are familiar with his works, you will certainly find these 10 Bukowski quotes fantastic. Feel free to share these with your friends, family and loved ones who appreciates literature and likes Bukowski.