Lee Jun-fan, also known as Bruce Lee (November 27, 1940 – July 20, 1973), was a Hong Kong-American actor, director, martial artist, and philosopher. He was born in Chinatown in San Francisco, California but his parents raised him in Hong Kong. The family returned to the United States when Lee was in college. He studied philosophy at the University of Washington.

Lee opened his school and taught martial arts. He trained some of Hollywood’s leading men. Because of this, he was invited to play a major role in The Green Hornet. This paved his way to acting where he got to star on his own movies such as Way of the Dragon and Enter the Dragon.

In 1973, Lee died at the young age of 33 due to a cerebral edema after having an allergic reaction to pain medication.

If you are a fan of Bruce Lee, you will surely love these quotes that we have prepared. 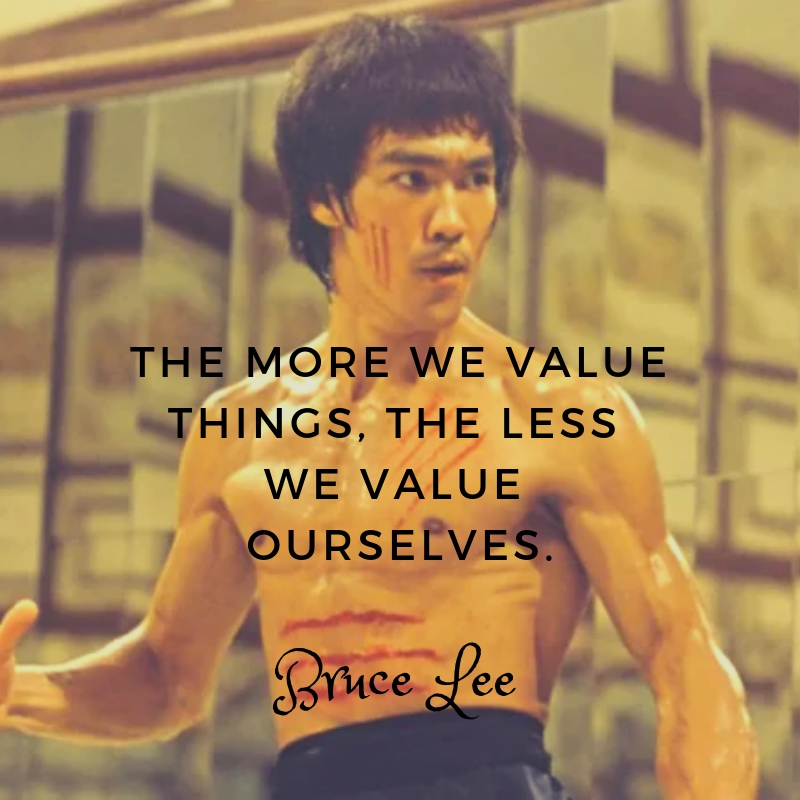 The more we value things, the less we value ourselves.

I am learning to understand rather than immediately judge or to be judged. I cannot blindly follow the crowd and accept their approach. I will not allow myself to indulge in the usual manipulating game of role creation. Fortunately for me, my self-knowledge has transcended that and I have come to understand that life is best to be lived and not to be conceptualized. I am happy because I am growing daily and I am honestly not knowing where the limit lies. To be certain, every day there can be a revelation or a new discovery. I treasure the memory of the past misfortunes. It has added more to my bank of fortitude.

If you always put limit on everything you do, physical or anything else. It will spread into your work and into your life. There are no limits. There are only plateaus, and you must not stay there, you must go beyond them.

If you spend too much time thinking about a thing, you’ll never get it done. Make at least one definite move daily toward your goal. 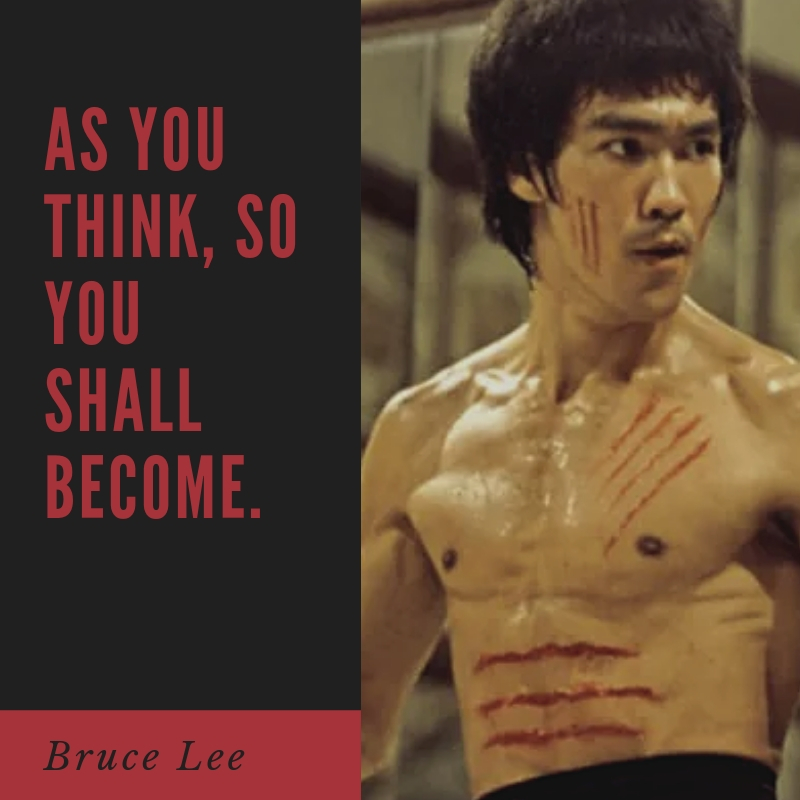 As you think, so you shall become.

To know oneself is to study oneself in action with another person.

Knowledge will give you power, but character respect.

Always be yourself, express yourself, have faith in yourself, do not go out and look for a successful personality and duplicate it.

Love is like a friendship caught on fire. In the beginning a flame, very pretty, often hot and fierce, but still only light and flickering. As love grows older, our hearts mature and our love becomes as coals, deep-burning and unquenchable.

Obey the principles without being bound by them. 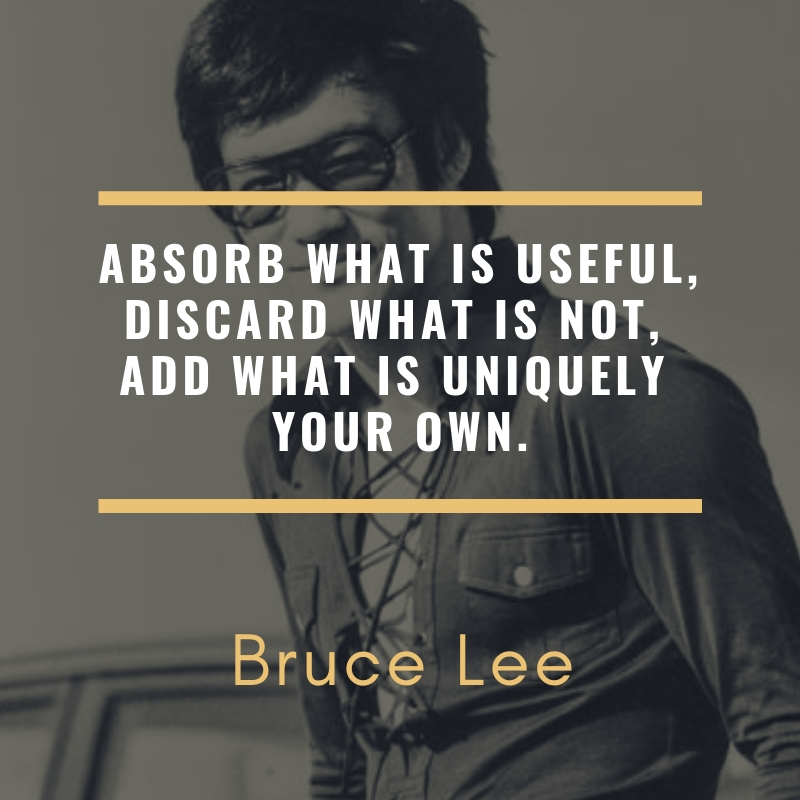 Absorb what is useful, Discard what is not, Add what is uniquely your own.

Mistakes are always forgivable, if one has the courage to admit them.

Never waste energy on worries or negative thoughts, all problems are brought into existence– drop them.

Ever since I was a child I have had this instinctive urge for expansion and growth. To me, the function and duty of a quality human being is the sincere and honest development of one’s potential.

A wise man can learn more from a foolish question than a fool can learn from a wise answer.

Showing off is the fool’s idea of glory.

The possession of anything begins in the mind.

A goal is not always meant to be reached, it often serves simply as something to aim at.

Are you a fan of Bruce Lee? If so, then you will definitely appreciate our small Bruce Lee quotes. Feel free to share these to your friends, family, and loved ones!